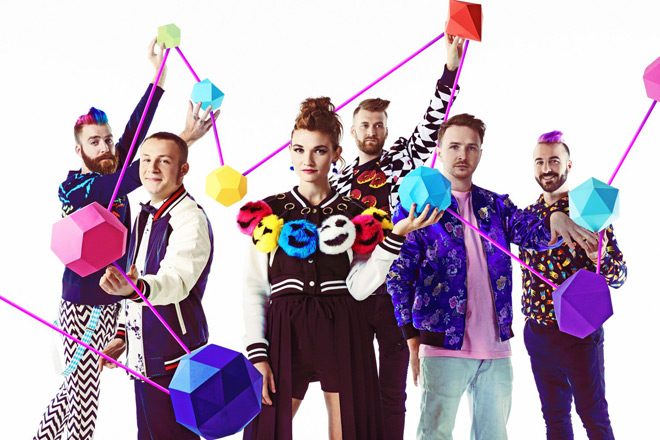 Make way Panic! At the Disco, Twenty One Pilots, and other artists of that ilk, because the next big thing in arena Pop Rock has arrived, and they are here to stay. Who are they one may ask? The answer is simply, the addictive young band MisterWives.

New York City’s own MisterWives are back with their sophomore effort, Connect The Dots, set to release on May 19th through Photo Finish Records/Republic Records. Produced by the diverse, talented Butch Walker, Connect the Dots is a bright, colorful, and explosive experience that paints a fitting portrait of the city that never sleeps. That said, with this new album, MisterWives has created an evolutionary follow-up to their successful 2015 debut, Our Own House.

The band’s sound is bigger, bolder, and more bombastic than ever before, but Connect The Dots is also lined with thoughtful, toned-down moments that manage to not sound out of place on this ’80s Pop-influenced party. So, is Connect The Dots bound to be the soundtrack for the summer? Let us take a look.

A poignant message of embracing one’s own dreams and individuality is the bold line that, pun intended, connects the dots of each of these eleven tracks. Vocalist and Songwriter extraordinaire Mandy Lee, backed by the talents of Bassist William Hehir, Guitarist Mac Campbell, Drummer Etienne Bowler, Saxophonist Mike Murphy, and multi-instrumentalist Jesse Blum, kick off Connect The Dots with the massive opener “Machine.” The song was the first of several singles put out ahead of the album, and the song has already racked up millions of plays on streaming services. As for the mentioned message, fans are clearly responding.

Moving along, the percussion-driven, heavy verse of “Machine” builds into a killer chorus in which Lee shouts, “We’re not part of your machine” against a background of saxophone and huge drum beats. The song lets listeners know that MisterWives are not here to create some formulaic, auto-tuned radio Pop -they are here to make the music they want to make. The irony is that any track on this album could easily be at home at the top of the radio charts, and it is because of the band’s individuality.

Following that comes “Chasing This,” a bright, infectious track that highlights Lee’s stellar vocals and is sure to be stuck in your head for weeks to come. In an album full of surefire hits, “Chasing This” stands out as one of the best. Its clean guitars and fast-paced drums are meant to be heard by massive outdoor festival crowds. Leading into another winner, the slower, sax-powered “Only Human” shows that MisterWives have cracked the code of writing too-catchy Pop hits.

Marking one of the album’s most somber moments is the stripped-down “My Brother,” which in spite of its marked difference in tone, still manages to hit home by focusing on Lee’s vocals and mournful as well as heartfelt lyrics. Directly following that comes “Out of Tune Piano,” an inspiring track which demands that the listener “love yourself, my dear. / Do I make myself clear?” Yes, Miss Lee.

Later, “Coloring Outside the Lines” has a huge Pop sound with a chorus drawn directly from Whitney Houston’s iconic hit “I Wanna Dance With Somebody,” complete with high-pitched warbles from Lee. Even so, the clear guitars and echoing drums give the song its own sense of contemporary individuality. Similarly, “Oh Love” stands out with its huge, bass-driven Rock sound.

Finally, “Let The Light In” is the perfect closer for the album packed with another inspiring message of finding individuality and happiness with stadium-size sound reminiscent of Florence + The Machine. The song takes a moment to show off each member’s individual talent -there is an Audioslave-sounding guitar solo, synthy ’80s keys, huge drum beats, a pounding bass, and some stand-out sax all thrown in there. The songs marks the final dot, but gives the impression that MisterWives are only just getting started. For these reasons, CrypticRock gives Connect The Dots 5 out of 5 stars. 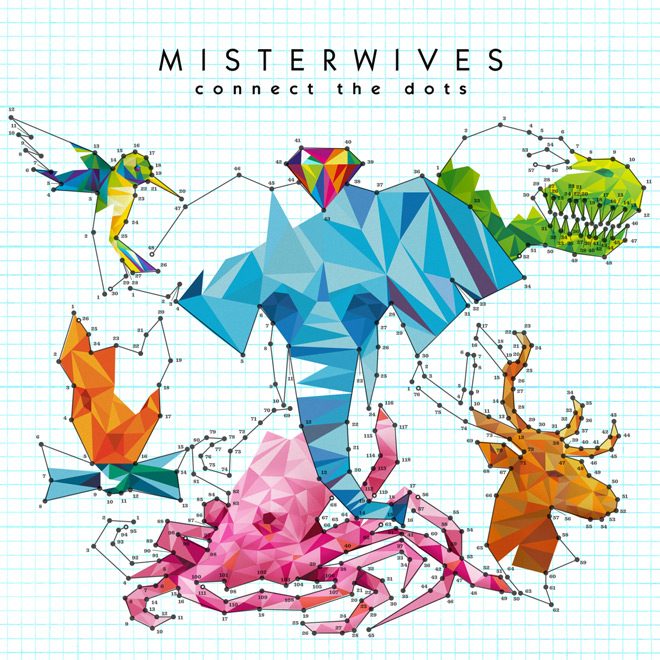