MisterWives – Our Own House (Album Review) 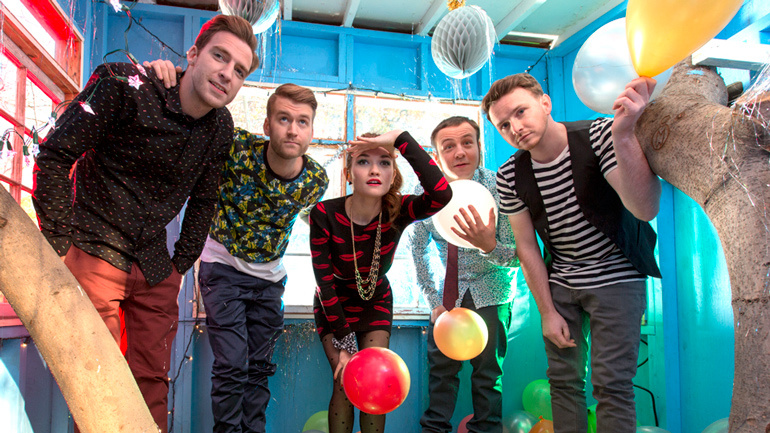 The quintet, MisterWives, is a band already on their way to becoming a household name. Even though they have only released one EP, Reflections, in January of last year, the six track offering has already garnered over twenty million Spotify hits, putting MisterWives on MTV’s “2015 Artists To Watch” list and the #1 spot on Billboard’s “Emerging Artists” chart. Hailing from New York City, this Indie Pop tornado formed in 2012 and consists of Mandy Lee (lead vocals, glockenspiel), William Hehir (bass), Etienne Bowler (drums), Marc Campbell (guitar), and Dr. Jesse Blum (keyboards/trumpet/accordion). MisterWives cite many influences, including No Doubt, Brazilian Girls and Regina Spektor, and they also admit that they take a lot of their musical cues from their touring companions. Now on February 24th, they will release their newest offering, a debut LP titled Our Own House, on Photo Finish/Republic Records. The highly anticipated album includes four of the six songs from Reflections, along with eight new tunes, offering up an eclectic blend of sweet, soaring melodies and deep lyrics over poppy, Folky dance beats.

The title track, “Our Own House,” starts simply with Lee’s polished, crystalline vocals, a few tinkling piano notes, and rhythmic snapping that jumps into a horn heavy, danceable Motown beat. “Not Your Way” swings with an addictive bassline and a snappy, bopping trumpet in the chorus, creating a quintessential, joyous, jazzy singalong. Next is the first song from the 2013 EP, title track “Reflections,” and it probably the most familiar to listeners. With its haunting verses and high impact, head bopping choruses, this track is carried by Lee’s falsetto vocals and Blum’s Disco pop keyboards. Bowler’s heartbeat drums drive “Oceans,” building soaring, musical waves that crash into bursting cymbal whitecaps and Campbell’s heavy guitar bursts. Then “Best I Can Do” kickstarts with jazzy horns that follows though with a huge chorus. Bowler plays a tribal thump on the massive power ballad, “Hurricane,” released as a teaser for Our Own House and shows off another dimension of the band with its lullaby-like beginning that shoots forward into an electrifying, ingenious chorus and vocals straight from the mouth of The Cranberries Dolores O’Riordan. Another track from Reflections, “Coffins”, is a much darker song, weaving haunting violins with Campbell’s heartbreaking solos that shows MisterWives is more than just a happy Pop band.

As the album moves along, the catchy “No Need For Dreaming” has a virility and forcefulness that brightens the listener’s mood after the heavy “Coffins.” Keeping that diversity going, a plinky guitar starts off “Box Around the Sun,” leading into a synth heavy, ‘80s swing mixed with current Indie riffs. The tenth track, and third from Reflections, is “Imagination Infatuation.” With an incredibly danceable Disco beat and mischievous vibes, this song is another radiant, radio ready track that spurs the listener to take a sunny, spontaneous trip to the nearest sandy beach. The last Reflections carry over track is “Vagabond.” It is here where Lee’s voice shines bright, with barely a cymbal tap or a strumming guitar heard or needed during the melancholy tune. Finally, wrapping up the album is “Queens”, which is a perfect, inspirational ending to an upbeat, genre-bending collection of songs.

Having been compared to an array of Indie greats such as Imagine Dragons, Grouplove, Of Monsters and Men, and The Lumineers, and with noticeable parallels between Lee’s vocals and Lauren Mayberry (Chvrches) as well as Madeline Follin (Cults), MisterWives makes music that they love without following any specific genre rules.  With that said, they have created an album in which every song is a standalone track, leaving no room for tasteless filler. Although Lee’s vocals are as clear and sharp as crystal, the musicians behind her are not to be overlooked, as they build their own musical bridge of tight guitars, bouncy, toe-tapping drums, strumming bass and strident horns. Fans of Pop, Alternative, Indie, Rock, Pop or Folk should check this band out – they will not be disappointed. CrypticRock gives Our Own House a 4.5 out of 5 stars. 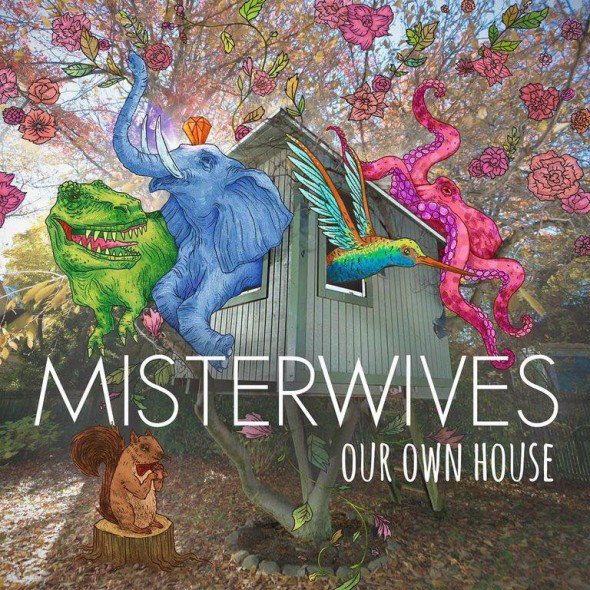