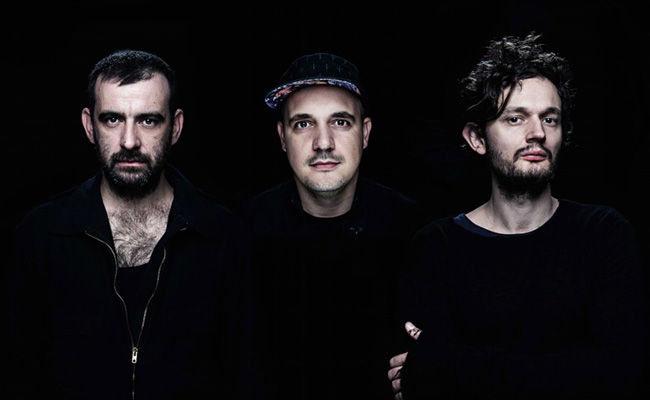 The Berlin trio of Gernot Bronsert, Sebastian Szary (aka Modeselektor), and Sascha Ring (aka Apparat), also more easily recognized as Moderat, have been crafting compelling Electronic music for over a decade now. Before coming together as a group in 2002, Modeselektor had already produced a string of 12” singles while Apparat had released his own debut album. With their own previous experiences and creations, it was a thrill to see how their talents would succeed as a whole.

With that said, Modeselektor and Apparat are known as opposites; each of them bring a unique yet compatible style to Moderat throughout each creation and release. While creating a surrounding gathering of guest artists and collaborators, Szary and Bronsert (Modeselektor) have fabricated a distinctive bass sound and construction that can not only be heard, but felt as their ‘wobbles’ and ‘thumps’ rattle through the ears and bones of Moderat’s listeners. Meanwhile, Apparat brings the Pop tunes to the table. As each album and EP comes into the studio, Apparat is sure to not leave himself behind by including his own personal touches within the lyrics as he wonders about life in the ideal artist fashion.

Initially debuting in 2003 with the EP Auf Kosten der Gesundheit, the collective known as Moderat has since released a variety of EPs, and three full-length studio albums, including their most recent, III. Deciding to share their creative, influential electronic beats once again as of April 1st via Mute/Monkeytown, III is part of a trilogy that began back in 2009, continued in 2013, and now concludes in 2016 . With III, it would seem they have taken a step back from their more “in the moment” tracks and settled down to approaching the nine compositions, song by song.

Upon first listen, there is immediately a sense of wonderment and dark, yet compelling imagery that sets into the mind with III. This sensation will overwhelm the listener to sit back, keep their eyes shut, and let provoking and rolling thoughts unleash as the album plays. With a little over a minute intro, the album begins with “Eating Hook,” easing the ears to this relaxing theme Moderat has built for their next phase of their career. For those who fear that Moderat may have toned down their electronic vibrations and reserved their lively dynamic, “Running” is a track to revisit time and time again. This particular cut begins with a skip that continuously rides throughout the song hence the title is more appropriate than ever.

Moving on, standout tracks throughout III would have to easily include “Ghostmother.” This enticing piece only further enhances the dramatic entity with complex structure in the range of flow, creating its own personal mystic enchantment. It is necessary to also include “Reminder,” the fifth track out of the nine that was selected as not only a single back in February, but a music video as well. The music video features a black and white artwork and storyline that actually reflects not only the track, but the album as a whole. The black and white imagery allows an even broader sense of fascination and marvel, representing a sense of open interpretation without having color to direct a listener’s train of thought. The storyline has its rising action, climax, and resolution, representing the intensity levels each III track faces.

Broken down into thirds: The first three tracks are smooth and strongly composed in structure, giving both Apparat and Modeselektor a perfect balance of dynamics; tracks four through six begin to intensify and expand more, allowing Modeselektor to add and create new sophisticated rhythmic textures for Moderat’s audience; the remaining three tracks hold further insight to Apparat’s lyrics as he exposes his own thoughts and questions for this existence all humans must live, especially the ending track “Ethereal.”

With only one single and music video accompanying it, it is interesting to see how these three creative Berlin men have continuously impacted and made themselves known in all four corners of the world. As mentioned, upon first listen, III almost seems too calm compared to their 2013’s II. Although, upon the conclusion of III, the replay button is simply still too attractive to miss. Despite III’s tracks being more at ease, an exceptionable satisfaction and dreamlike sense is given to any listener, whether new or old to Moderat’s expanded world. CrypticRock gives III 5 out of 5 stars. 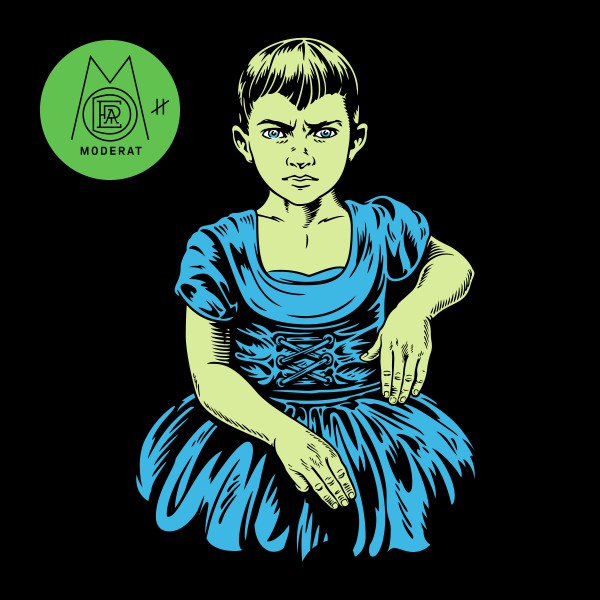