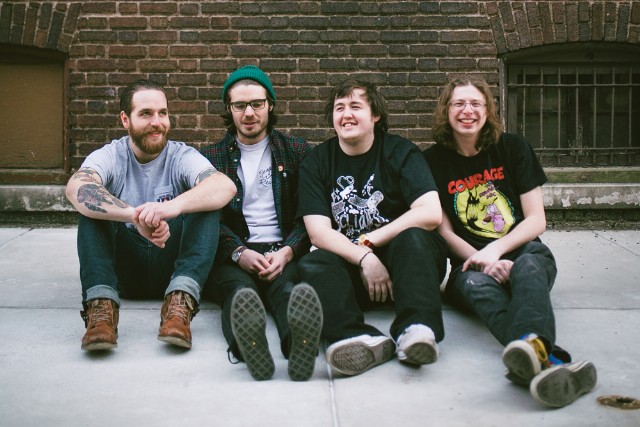 It is growing exponentially difficult to make Emo/Pop Punk music that stands out. The sub-genre, known for better or worse as Emo, has roots to the mid ’80s and heavily defined by music from the ’90s where some of the greats made their genre defining albums; for example Sunny Day Real Estate’s 1994 album Diary, or American Football’s 1999 self-titled album. After these classics came and revolutionized the genre, it was difficult to make anything that would sound new, as Emo was a very specific genre, lacking the vagueness or creative wiggle room present in other genres.

Maybe at this point, it is time to stop waiting for an album that will come and change the genre of Emo forever like some of the early classics did, and accept the modern albums; while not revolutionary, are still loaded with great songs, lyrics, and riffs. Pennsylvania collective Modern Baseball’s third release, entitled Holy Ghost, is one of those albums. Release on May 13th via Run for Cover, the eleven tracks are filled with quirky moments, painful lyrics, and bright riffs that define Emo’s charm as a genre. Amazingly, the album manages to feel like a large project, while standing at only twenty-seven minutes long. The two leading band members, Jake Ewald (guitar/vocals) and Brendan Lukens (guitar/vocals), each took on half of Holy Ghost, with Ewald writing and performing vocals on the entire first half, and Lukens handling the two jobs on the second half. Both Ewald and Lukens’ voices work well together, sharing the same lyrical delivery. Rounded out by Sean Huber (drums/vocals) and Ian Farmer (bass/vocals), Holy Ghost is an album that fans will be interested to hear.

Opening with the title-track, which is a lo-fi acoustic ballad featuring beautiful, honest, but metaphorical lyrics native to the Emo genre. The song fades seamlessly and beautifully into “Wedding Singer,” a faster piece, riding on easily the catchiest guitar riff on the entire album. Ewald’s vocals are very emotive and never fall flat, with his punchy delivery, bringing focus to the beautiful things happening lyrically on this album. Each track is packed with emotional and creative lyrics that paint nostalgic sonic pictures.

Then there is “Mass,” which is among the most painful lyrically. Describing a recently lost lover, with such gut-wrenching lyrics like, “I tried sleeping in our bed without you last night/That didn’t work at all, cause I couldn’t sleep,” mixed in with stories about mean cashiers and gas station bathrooms. Concluding Ewald’s half of the record, “Hiding” features a beautiful walking guitar riff throughout the beginning of the song, while Ewald fills the remainder with creative one off metaphorical phrases like “The plants died young like all good things/but I wish that my small self had known how much water to use.”

Lukens takes over for the second half of the record, starting with “Coding These to Lukens,” a song where listeners can begin to notice the various differences and similarities between the two member’s writing. Lukens’ compositions tend to be heavier and more distorted and a bit louder, which can be hear on the aforementioned track. Even with their differences, the two halves of the album share the same lyrical honesty and overly descriptive nature. This heavier sound carries over to the following songs, like the wonderfully titled “Breathing in Stereo” and “Apple Cider, I Don’t Mind,” which ends abruptly on the line, “Tell me this is forever.” Holy Ghost then concludes with “Just Another Face,” a song about realizing one’s self-worth and forming a sense of self identity among a sea of other people just like you.

It would be dishonest to say the album sounds like nothing heard before, but that is not to discredit that Holy Ghost is a great mix of various themes. The choruses are catchy, the vocals are powerful and emotional, the lyrics are creative and wonderfully written, all on top of a number of other positive factors complementing the music. With that said, Holy Ghost is a standout in the usually over-saturated and boring contemporary Emo catalog. For that reason, CrypticRock.com gives Holy Ghost 4 out of 5 stars. 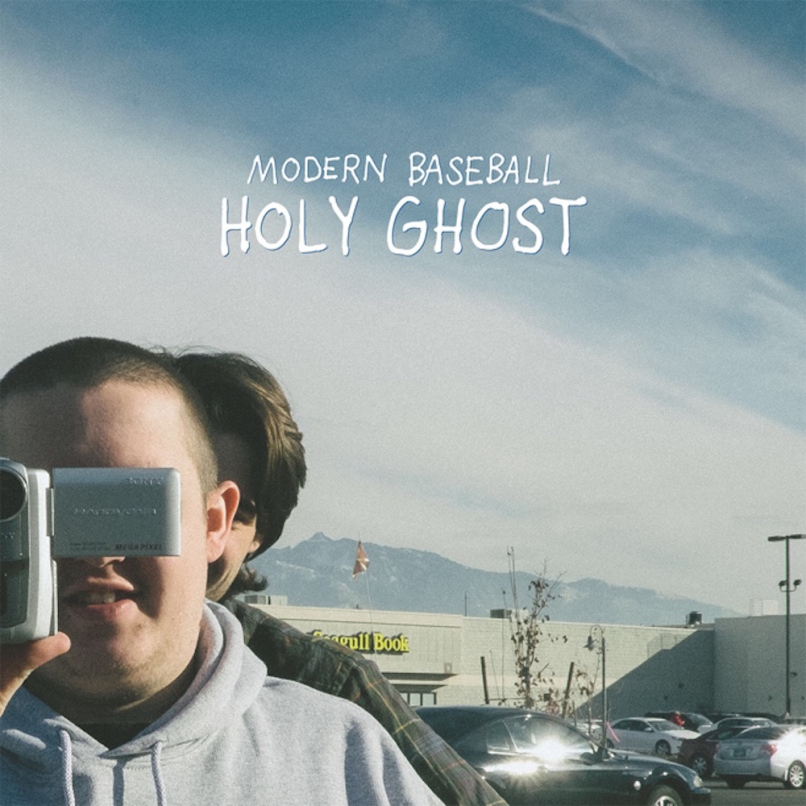