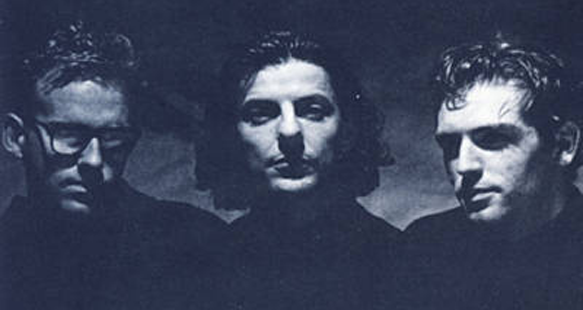 The English band known as Modern English may be regarded paradoxically as popular and obscure at the same time – popular because their 1982 single “I Melt With You” remains to this day a favorite radio staple in many countries; obscure, for many people recognize the song, but not the band, and usually dismiss Modern English as a “one-hit wonder” despite its seven-album discography that spawned several radio singles.

Formed in Essex, England, in 1979, Modern English may have eventually become more known especially in the 1980s as a Pop-leaning New Wave group alongside the likes of A Flock of Seagulls (“The More You Live, the More You Love”), ABC (“Be Near Me”), Duran Duran (“Rio”), and Kajagoogoo (“Too Shy”); but it actually started as a Gothic-sounding band in the league of Joy Division (“Shadowplay”) and Bauhaus (“In the Flatfield”). In its thirty-six years of on-and-off activity, Modern English has released seven studio albums, from the Gothic leanings of 1981’s Mesh and Lace to the Cinematic Pop excursions of 2010’s Soundtrack. As of the moment, the revitalized members of the band – currently consisting of founders Robbie Grey (vocals, guitar), Gary McDowell (guitar), Mick Conroy (bass), and Stephen Walker (keyboard) with new member Roy Martin (drums) – are busy working on their new, yet-to-be-titled offering, whose expected sound, according to the band members themselves, would be a blend of their dark Gothic beginnings and their Pop predilection.

Among the albums of Modern English though, the most Pop-oriented is actually 1990’s Pillow Lips. It contained a re-recording of “I Melt with You.” The album was supposed to market the band to the so-called U.S. audience, thus the new version of its most popular song. However, by the entry of the new decade, the Alternative music landscape had also shifted from the melodic and romantic New Wave to the heavier and rugged Grunge. Modern English was one of the casualties. Before Pillow Lips could even make a mark on the scene, many of those who used to laud them had already written off not only the beloved band but also the entire New Wave genre. Because of this, many people who used to love Modern English failed to discover the beauty of Pillow Lips. Now, because Pillow Lips has celebrated its twenty-fifth anniversary this year, revisiting the songs that comprise it is simply fair and fitting.

Released on May 23, 1990, Pillow Lips is the fifth studio album of Modern English. Most of its contents are Synthpop-oriented, have less guitar works, and have liberal sprinkles of Reggae and Dubstep. It opens with a new, more polished version of the anthemic “I Melt with You,” which, to a longtime fan, may sound too patronizing of and consciously directed towards mainstream-music lovers; but, in retrospect, its sonic sheen has actually given the song a fresher breath of life. Simply put, it was a new cheerier and more upbeat version for the then looming new decade. Follows next is “Life’s Rich Tapestry,” whose aural architecture and slow, loungy tempo finds the band in its most relaxed Synthpop preoccupation. The vibe shifts to tropical-resort Dance territory as the foot-stomping, hand-clapping “Beauty” plays on. It has a dash of Country Pop, owing to the infectious and over-the-top-mix synth staccato and making it befitting on a playlist that includes Billy Ray Cyrus’s “Achy Breaky Heart,” Faith Hill’s “Piece of My Heart,” and Shania Twain’s “That Don’t Impress Me Much.” That should be seen as a plus, for the spirit of music should really know no boundaries. The bright, snappy, and dancey atmosphere flows onto the subtly faster beat of “You’re Too Much.” Then there is the Dubstep excursion of “Beautiful People,” whose white-sandy, sunny rhythm foreshadowed what came out of the music of Big Audio Dynamite in the 1990s (“Rush”).

In terms of title, song structure, and melody, “Care about You” may be regarded as the twin song of “I Melt with You.” The only complaint that a grammar-stickler fan might have is the lack of the pronoun “I” in its title, ruining the prettiness of parallelism when played right after its predecessor. The catchy melodies and the scatting in the violin-flavored ditty “Let’s All Dream” continue to exhibit the positive disposition of Grey and the rest of Modern English during this period.

The light and breezy instrumentation of “Coming Up for Air” is a marked change of mood, from danceability to balladry. Play The Wild Swans’ “Sea of Tranquility” afterwards and experience an extension of such comforting airiness. For a few seconds into the intro, the album’s title track hints of the carrier riff of “I Melt with You,” and then this slow somber ballad sways on gracefully on its own. Grey’s vocal delivery may remind the initiated of the soulful and jazzy voice of Tony Hadley of Spandau Ballet (“I’ll Fly for You”). Even many fans of Modern English seem to have overlooked this lovely track for many years. Should this be blamed on the massive appeal of “I Melt with You”? Nah, it should rather be attributed to the short attention span of many music listeners, who could not maintain their sense of loyalty to bands that they claim they love; fans who are ready to move on and turn their affection to something new, especially as soon as commercial media begin to cast its spotlight on another new band. Finally, Pillow Lips closes fittingly with the poignant balladry of “Take Me Away.”

Most likely because of the failure of Pillow Lips to crack the U.S. market, Modern English went on a hiatus soon after the release of the album. Nonetheless, it might have also been the catalyst and the dilemma that gave the band members ample time to reassess their respective musical dispositions to be able to have a clear sense of what musical direction their hearts were really beating for. Now, after all has been said and done, the only sensible and respectful thing for New Wave fans to do to pay homage to the band that gave them one of the most nostalgic and romantic theme songs of their youthful lives is to dust off a copy of Pillow Lips, listen to it with a new sense of wonder, and rediscover the beauty of each of the songs that it contains…songs that, because of inevitable circumstances, time almost totally forgot. 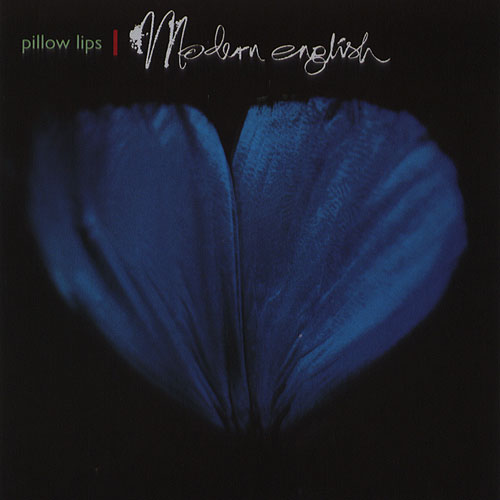