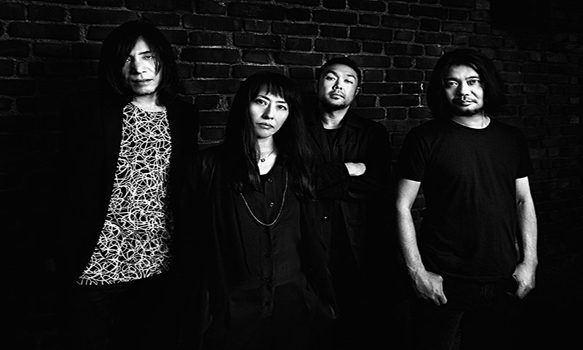 Experimental Rock quartet MONO (who intentionally stylize their band-name in all caps) hail from the archipelago of Japan. At seventeen years into their careers as an international touring quartet, MONO show no signs of slowing with their newest offering, Requiem For Hell.

Formed in 1999 under the lead of Tokyo-native and guitarist Takaakira “Taka” Goto, the band quickly became a foursome with the inclusion of Rhythm Guitarist Hideki “Yoda” Suematsu, Bassist Tamaki Kunishi, and Drummer Yasunori Takada. Additionally, all members of MONO play the glockenspiel, while Kunishi handles piano work, and Takada also plays the synthesizers. They are, no joking, serious musicians.

Not a group who chooses to waste any time, by January of 2000, the band had already performed their first gig in their hometown of Tokyo. By spring of that year, they were recording their first extended-play release, Hey, You (a Japan-only album). With a product to promote, the band continued to compose new music, but took to the streets, performing live shows at various venues across Tokyo. When the offer came to play a one-off show in the United States – at the Mercury Lounge in New York City – MONO did not disappoint.

Just like that, before even the release of their first international CD, MONO were performing across the globe. The group spent the next year performing throughout Japan, but also traveling back to New York City and, further still, to Sweden. They also made an appearance at the 2001 South by Southwest music festival in Texas. Despite all this touring, the group did manage to record their first, full-length studio album, Under the Pipal Tree.

As with most bands, more touring would follow: Japan, the U.S.A., Germany, and Taiwan were just a few of the stops on their globe-trotting schedules. June 2002 would bring the group’s second album, One Step More and You Die, while their third studio release, Walking Cloud and Deep Red Sky, Flag Fluttered and the Sun Shined followed in 2004. A collaborative effort with Recording Engineer Steve Albini (perhaps best known for his work with Nirvana) would lead to the release of the CD, as well as a lasting partnership between Albini and the band.

Now touring prolifically throughout the United States and Eurasia, just five years into their career, MONO had truly become an international act. They would release their fourth album, You Are There, in 2006 and go on to be a part of various split-releases, collaborations, EPs, and have a track included on a compilation CD, as well. To give fans a compilation of all these offerings, MONO released Gone: A Collection of EPs 2000–2007. Additionally, a Documentary DVD, The Sky Remains The Same As Ever – which documented their world travels of 2006 and 2007, as well the band in the studio – was released for fans.

Fatigued from their worldly travels, the band took much of 2008 off to relax, recuperate, and work on composing new music. Their fifth studio album, Hymn to the Immortal Wind, was then released in March 2009, followed by another year of touring the globe. To celebrate their ten-year anniversary, MONO played a special gig at the Society for Ethical Culture Hall in New York, in May 2009, accompanied by a 24-piece orchestra. The performance was recorded and later released as both a live album and a DVD, Holy Ground: NYC Live With The Wordless Music Orchestra.

For My Parents – MONO’s first record in eight years not to be recorded by Steve Albini- was released in 2012, and followed by the double-album The Last Dawn/Rays of Darkness in 2014. Two contrasting records, the double disc was notable for MONO’s first use of vocals on “The Hand That Holds The Truth.”

On their ninth studio album, Requiem for Hell, MONO have once again chosen to work with longtime collaborator Albini. Released in October 14th of 2016, the album contains five tracks that range in length from nearly five minutes to a jaw-dropping eighteen minute epic.

The musical odyssey begins with “Death In Rebirth”. Goto and Suematsu’s guitar work gradually increases in volume amidst sonic swirls and spirals, with the drums only stepping into the mix after nearly a minute. We march blindly into the unknown future – full of anxiety and fear – as the passion builds towards a finale. With feedback and noise reverberating through our ears, we immediately realize that MONO take their musicianship very seriously.

There is a mournful, Classical, Beethoven-esque feel to “Stellar,” which begins with soft, mourning strings that slowly move toward sounds of rain amidst bells, or more accurately, the glockenspiel. Beautifully-orchestrated, timeless, flawless, and relaxing, “Stellar” is a palate cleanser; an ethereal reminder of the beauty in life amidst such sadness.

At nearly eighteen minutes in length, “Requiem For Hell” is truly the album’s masterwork and not just its namesake. This epic begins with hypnagogic, echoing, peaceful guitars that slowly build, layer upon layer, over the course of seven minutes. As the tension increases, the sound grows fuller; the glockenspiel keeps a steady pace in the background, drums enter, and, ultimately, strings become a part of the musical mix as well. This music is beautiful, lulling, meandering; it is a full sound that keeps growing with each passing moment as we travel below the surface and toward a mystical realm.

Just past nine minutes, we reach an ultimate crescendo and the music cuts back down to just a solo guitar, resonant sounds, and a quiet break; listeners have reached some great precipice. The guitars and drums pick back up, with bass and cello stepping in shortly thereafter. As the listener once again gazes curiously over the edge, we find that now one is falling and a deep, dark cacophony finds us in the blackness. Feedback and noise herald the arrival in Hell.

An invitation is present – to close your eyes and consider, for a moment, descending down into Dante’s Inferno. Each level is a progressive step closer toward the fiery pits: it is a journey of slow, even steps that brings one closer and closer to the fires and what is feared most. The heat, the anger, the sadness and madness all compound as one gets closer and closer toward that irradiating denouement. With the fires of Hell at full rage, listeners become trapped in the downward spiral that forces one to reach the finale of “Requiem For Hell,” where, even just as listeners, one is exhausted, spent, no longer so tightly bound to this mortal coil.

Clearly, MONO understand that in order to appreciate death, we must first embrace life. “Ely’s Heartbeat” is the life of this album, a church-like hymn for the beating heart of an unborn child. In fact, as the glockenspiel and organ begin a reverent pace, we hear a tiny heartbeat in the mix. The song is a celebration of the birth of a close friend’s first child, and MONO have actually utilized that baby’s in-utero heartbeat as the background and inspiration for the track. “Ely’s Heartbeat” is a testament to the exquisite layers of their music, the joy of exploring a new world, and the sheer happiness of birth. There is a lightness here that balances and gives life to the darkness; for without death, there is no life.

“The Last Scene” is the final cleanse, the fresh breath that reminds all that life is what it is: full of love, happiness, loss and death, but still beautiful and worth the passion instilled into each day. There is an underlying Spanish Flamenco hint to the guitar fretwork that gives the song an echo of seriousness, a weight of success, light, happiness, and passion. At the end of each day, one must take the reinvigorating breath before one faces the next.

If they had a vocalist, MONO might be a Symphonic Rock band, ala Tristania, Epica, or Delain. Instead, they are an experimental group that speaks volumes without words, through their sonics. They are deliberate, practiced, intelligent: a group that does everything with purpose and passion. Requiem For Hell is a musical odyssey like no other: a work of astounding, almost literary proportions, written on waves of sound. For the passion and beauty, sadness and melancholy invoked throughout this epic album, CrypticRock gives MONO’s Requiem For Hell a 5 out of 5 stars. 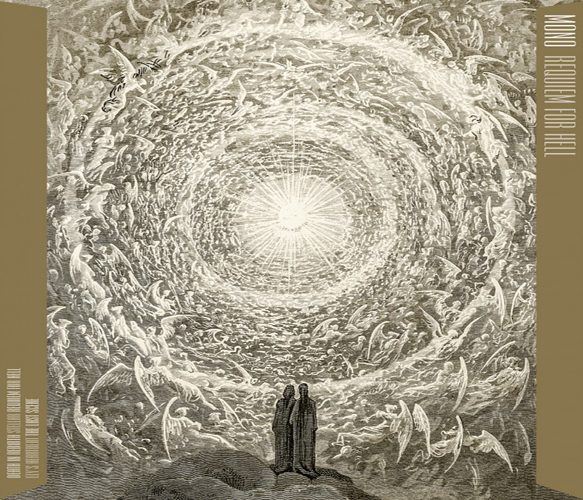