What happens when one takes a deeply flawed mother-daughter relationship and add a flesh-eating monster? Well, that comes together in A24’s The Monster; a film written and directed by Bryan Bertino (The Strangers 2008, Mockingbird 2014), starring Zoe Kazan (Ruby Sparks 2012, Revolutionary Road 2008) as Kathy, and Ella Ballentine (Standoff 2016, The Captive 2014) as Lizzy, with an estimated budget of two million dollars. Exclusively released on DirecTV back in October, on November 11th, The Monster stalked select theaters and VOD via multi platforms. 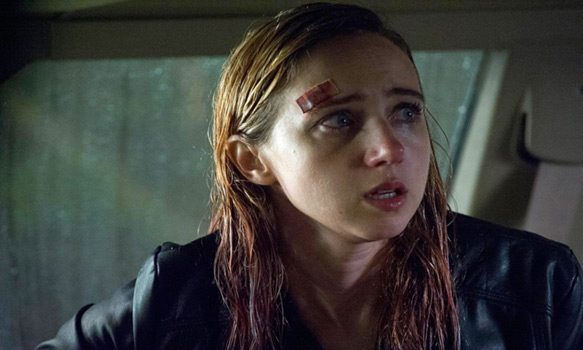 The film opens with the young, but incredibly mature, daughter Lizzy cleaning the house as Kathy is the irresponsible single parent. Lizzy packs up their things before waking up her mother, the two argue as Kathy wakes up. They get into their car to go take Lizzy to her father’s house, as she has no plans of returning home with Kathy. As the two drive through the stormy night, they hit a wolf and veer on the road, breaking the car’s front axle and causing oil to leak. They get stranded on the lonely, rainy road, as they call for help.

Eventually, Jesse, a tow truck driver played by Aaron Douglas (Dirk Gently’s Holistic Detective Agency 2016, Stargate SG-1 2000), comes to help, but he is eventually torn to bits by the monster lurking in the forest beside the road. Kathy and Lizzy are left to fend for themselves, but will they be able to survive the night with the monster watching their every move? 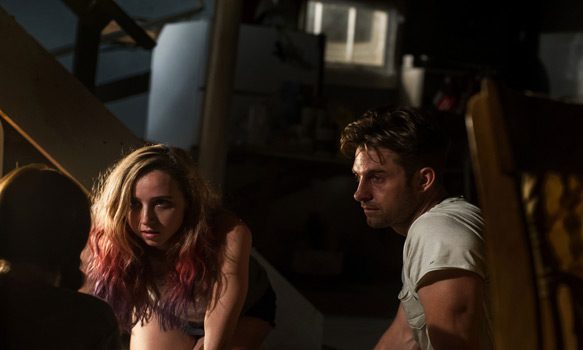 The thing that makes The Monster work is not the fact that there is a monster that is trying to eat the leading ladies, it is not the horror either, it is the relationship of the two. That is what keeps this film moving forward. The relationship between the two is badly damaged, to the point where Lizzy does not want Kathy at her after school play. The two scream at each other with Lizzy saying, “I hate you,” and Kathy responding with, “F*ck you!”

The interesting part of this film is when the viewer watches Kathy and Lizzy get closer with each other, but the moment is interrupted with scenes from their past, which reminds you of how tarnished their relationship is. You never really get comfortable with the two being together and there is never a sense that they will work their problems out in the car as they hide in fear, that adds a second layer of fear for the characters, because the audience will never know how Kathy will react. Will she leave her child behind and save herself? Will she toss Lizzy out of the car? Will she sacrifice and ultimately redeem herself in Lizzy’s eyes? Viewers never know for sure and that is what makes The Monster so gripping.

That said, the Horror aspect in this film is lacking a bit. It is almost clichéd and predictable during its scary moments. If it were a straight Horror film and not a Horror Drama, it would have failed, but the added drama between Kathy and Lizzy kept this emotional roller coaster from failing. 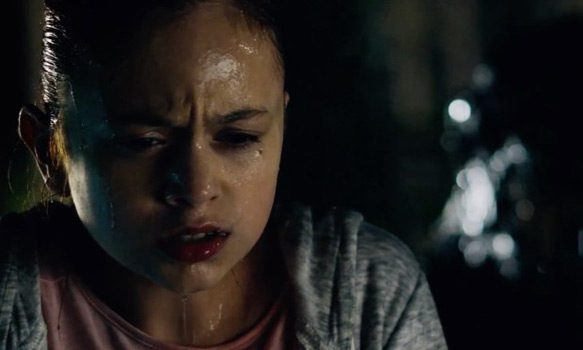 In addition, something to look at is the acting. Kazan and Ballentine really dig deep to create real and believable characters. The script felt completely organic between the two, the viewer will really believe that this relationship is destroyed. Also, little nuances that both characters do, make one feel like they are real, fleshed out characters. For example, there are a couple of scenes where Lizzy is terrified, she starts fiddling with her fingers and that sells her character so much. Just little things like that, you really feel like they took the time to get to know and study their characters, it does not feel phoned in at all.

With so many Horror films that have been released in 2016, this late entry is definitely one to watch for fans of the genre, or those who are just a fan of great storytelling and incredible character arcs. That is why CrypticRock gives The Monster 4 out of 5 stars. 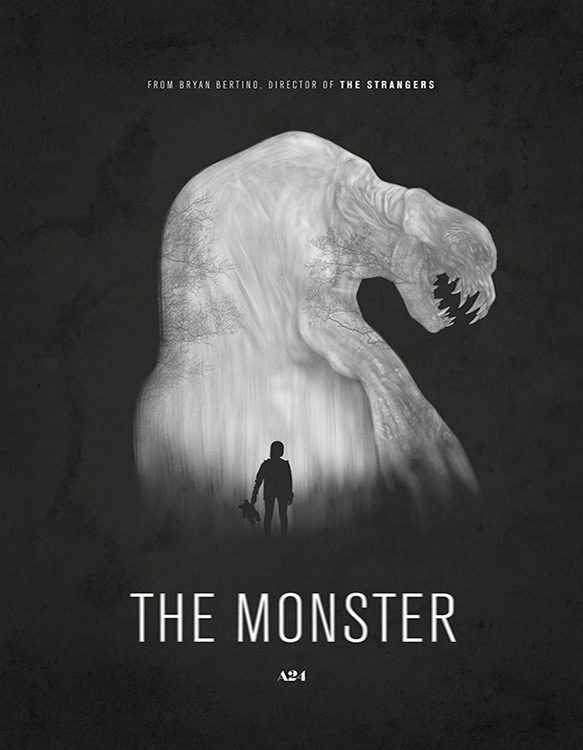