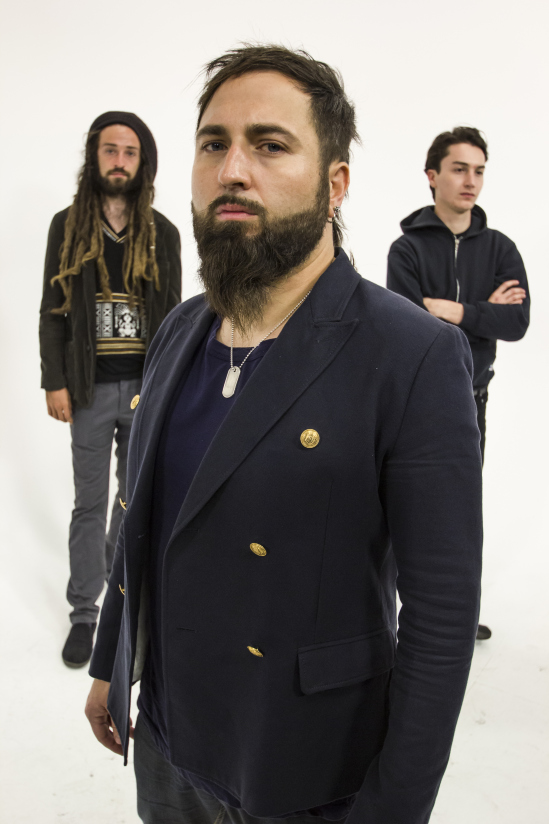 If you are not familiar with guitarist/songwriter Monte Pittman, you should start learning about him and his music quickly. Developing a love for guitar during his teenage years, in 1999 at the age of 24 Pittman moved from his home state of Texas out to Los Angeles, CA to pursue a music career. Looking to get his bearings in a new surrounding, Pittman took on a job selling guitars and not before long he decided to start giving lessons. You never know who you are going to cross paths with in the land of the stars, and one of Pittman’s first students ended up being pop icon Madonna. Madonna was captured by his ability and personality and within no time he starting performing live with her, going on five tours and contributing to three studio albums. Continuing down the road to success, a year later, after being introduced to Prong vocalist Tommy Victor by former White Zombie drummer Ivan De Prume, Pittman became a member of the resurrected Prong. Defying complacence in success, Pittman still yearned to create his own music. In 2009 that desire backs a reality with the release of his debut solo acoustic rock album The Deepest Dark. That CD ended up hitting #9 on the top ten best sellers for 2010 on CDBaby.com. In 2011, Pittman continued his musical journey releasing a heavier sounding album entitled Pain, Love & Destiny, which cracked iTunes top 200 within its first week. Now signed with the legendary Metal Blade Records, Pittman releases his hardest album to date titled The Power of Three.

The Power of Three is a full on heavy metal assault. Produced by the well-respected Flemming Rasmussen, known for his work with Metallica and Morbid Angel, this album is hard and heavy just like anything you would expect from Metal Blade Records. Recorded on analog tape in the same room and even on some of the same equipment used on Metallica’s Ride The Lightening (1984) album, the album is warm and full where you can hear everything from the drum peddle to every string plucked on guitar. With such distinct production, the sound of The Power of Three merely adds to the listening experience and allows you to really stick your teeth into the songs. Too often contemporary hard rock and metal records are mastered excessively loud and inevitable causing ear fatigue. Pittman consciously steered clear of this modern cliché and sought out mastering from the accomplished Alan Douches.

Leading off the album, the first single “A Dark Horse” lays the ground work for what is to come, with a melodic powerful chorus, heavy guitar riffs, and a very haunting feeling. While some tracks on the album are distinctively heavy, others have a very ambient feel. On the heavier side of things, “Delusions of Grandeur” has an in your face approach which is hard to get out of your head. The next tracks, “Everything’s Undone” and “Before the Mourning Son” start out with even tempo and as they wear on become progressively faster. The melodies are contagious and the riffing is so crisp you feel as if you are immersed in a classic album of yesteryear. The song “Blood Hungry Thirst” packs an emotional punch lyrically and incorporates some heavy drumming by Kane Ritchotte. The “Power of Three” chanted at the end of the song gives you a clear concept of Pittman’s vision. With songs like “On my Mind” and “End of the World” Pittman combines some genius vocals and intriguing lyrical composition reminiscent of a Alice In Chains. The ten song album closes out in epic fashion with thirteen minute long “All is Fair in Love and War”. The track is a rocker’s dream with plenty of highs and lows and it would make Mannheim Steamroller envious.

The Power of Three showcases many styles including classic rock, grunge rock, thrash metal, and even some jazz influence, which all work very well together. The album only gets better as it goes along and is classic wall of rock sound from beginning to end. CrypticRock gives this album 5 out of 5 stars. 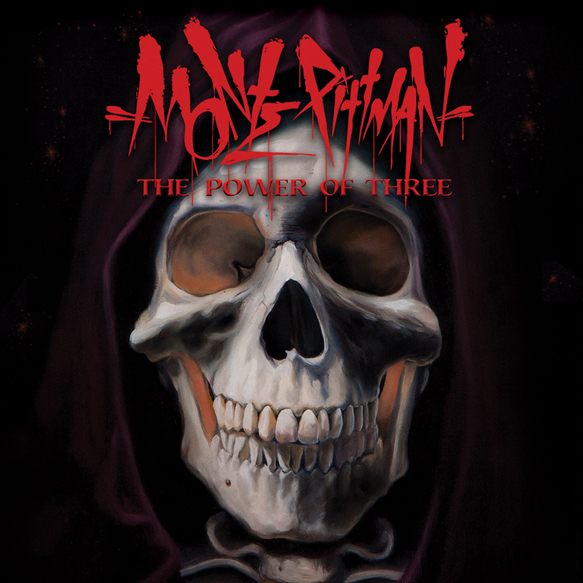 Danko Jones – Power Trio (Album Review)
Like the in-depth, diverse coverage of Cryptic Rock? Help us in support to keep the magazine going strong for years to come with a small donation.
Print page
0 Likes