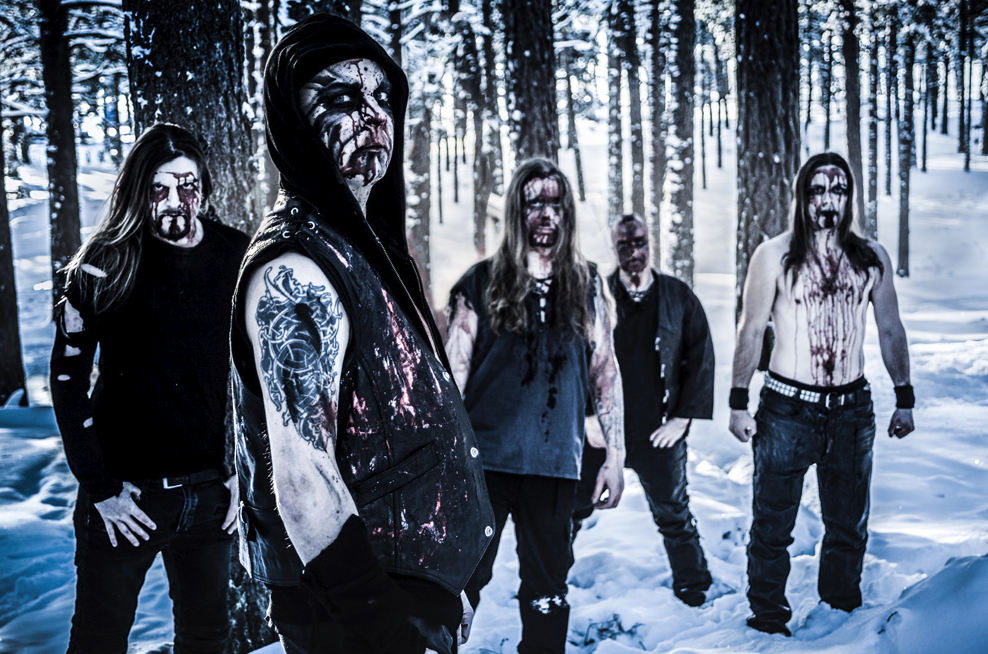 Trends rise and fall, and very often bands who surge to popularity on the crests of such waves have to experience and ride out their troughs as well. In the case of Moonsorrow, the Finnish juggernaut of Pagan Metal known for long, storytelling myths made song, such ups and downs are proving to be of minimal concern. The Pagan Metal fervor of the last decade may be steadily waning in some markets, but Moonsorrow has been doubling down for years with albums growing in both scope and ambition. The seventh long-player of their career, Jumalten Aika, made landfall on April 1st, 2016, courtesy of Century Media Records. Looking to carve yet another mighty tale into Metal’s steely mountainside, the title of the album, which translates to “Age of Gods,” sets up another foray into the realm of myths and stories which colored the pre-Christian world.

Beginning with the title track, Jumalten Aika, in its opening minute, provides fans with an all-encompassing aural world of spacious grandeur flavored by imagination and wonder. The first tones of a distant flute amid peals of muted thunder herald the twang of a mouth harp, all revolving around a chanted, wordless march. The listener is carried in an embrace of sound into the world these Finns gloriously recreate with each album. Moonsorrow is all about immersion, proving over their lengthy discography that they know how to wrap up the listener like the pages of a beloved novel. The title track is replete with wordless chants, as well as a mid-paced harmonic beat laced with keys which somehow equates to the musical manifestation of storytelling itself. Its back half speeds up into a swifter pace of triumphant majesty, the band showing how over a span of 12:43, they never once lose their kinetic energy.

Solemn chanting heralds the arrival of “Ruttolehto sis. Päivättömän Päivän Kansa.” There is a faction of Folk/Pagan Metal bands who are taking the traditional elements and melodies of Folk music and dressing them up in Heavy Metal’s grittier leather and spikes attitude. Einherjer (Norway), Thyrfing (Sweden), and Falkenbach (Austria) spring to mind. As the music comes in on this 15 minute epic, the folkish melody is both infectious and inescapable. As the song progresses, Ville Sorvali (bass guitar, vocals) keeps it heavy with his Black-Metal rasp, and the music remains more Bathory than Finntroll. Moonsorrow tell stories as much as they write songs, and the mid-section of this epic boils down into a very cinematic interlude of bardic recitation and traditional instrumentation, where the listener will want to hike to a hilltop in the wind and elements, close their eyes, and get lost in the ancient tales Moonsorrow spins so naturally. Coming out of this, the repeated riffs spiral upwards, the keyboards of Markus Eurén providing just enough ambiance without drowning out the guitars of Henri Sorvali and Mitja Harvilahti. The drums of Marko Tarvonen are once again a mammoth back-beat which gets the job done without being flashy.

“Suden Tunti” appears next, its 7 minute length of almost Punk-Rock briefness, at least in Moonsorrow terms. As the excellent, graphic-novel style video for this song shows, the song tells the story of a lycanthropic creature. Fans will embrace the vicious vocal delivery, the fist-in-the-air pace, and the adventurous keyboards. At times a straight hoe-down, not unlike something their countrymen Finntroll might create, this one has a nice mix of the traditional and the modern, with good shout-along gang-vocals to heighten the enjoyment of the listener.

Dispensing with distinct interlude tracks, Jumalten Aika instead moves from one sonic creation to the next, often with long introductory movements to help the transition. “Mimisbruun” may be the most compelling song on the album. A nice acoustic intro melds into strains of slower paced, epic and dreamlike riffs, as well as keyboards. The mood of standing in the wind upon water continues, the song once again melting down to a very soft interlude. But the calm is false. Ahead comes the rapids, the rocks, and swift attack. Blasting drums and a Folk-Metal melody evocative of the classics of the genre explode from the speakers, and the song takes on a more sinister edge. The moods vary, the music shifts seamlessly, and it is clear that with compositions such as this one that Moonsorrow survives the ups and downs of genres because they take from many different ones and build cathedrals of sound which transcend such labels. The production, as usual, captures the precise atmosphere the band is trying to induce, while boasting the old-school sounds which fans of Heavy Metal music tend to value over shinier, cleaner end products that dazzle with far less substance.

“Ihmisen aika (Kumarrus pimeyteen)” comes in a burst of feedback. The reverb and value of the guitars sound magnificently vast, and for another sixteen minutes Moonsorrow paints yet another lengthy sonic portrait. The cynic might claim that there is no way they can slap two sixteen minute songs together back to back and maintain the rapt attention of listeners, but by now it should surprise no one that the repetitive melodies and head-nodding pace woven together are hypnotic instead of boring, inspiring instead of stultifying. Tension is built, until at around the 5:00 minute mark the song breaks down into a pensive interlude, before a swift return to some forceful Pagan Metal might. A few passages of blackened ferocity ensue, covering this baby with a nice coating of northern frost. In this way Moonsorrow tricks the listener into thinking that sixteen minutes took no time to pass them by.

Jumalten Aika includes within its 75 minute playing time two covers which showcase Moonsorrow’s own influences. The classic “Non Serviam” by Greek warriors Rotting Christ is given the Moonsorrow treatment to startling effect. Ville Sorvali sounds brutal singing in English, and the epic grandeur his Finnish comrades do so well translates beautifully to this old-school, pitch-dark gem. “Soulless,” by Swedish Death Metal greats Grave, comes out as savage and brutal as the original, given the Moonsorrow treatment. They pay respect, while making both songs their own.

All in all, Moonsorrow have once again upped their own ante, providing fans with another tomb of adventure-made-song sure to please the hordes and as well as expand their numbers. CrypticRock gives Jumalten Aika 5 out of 5 stars. 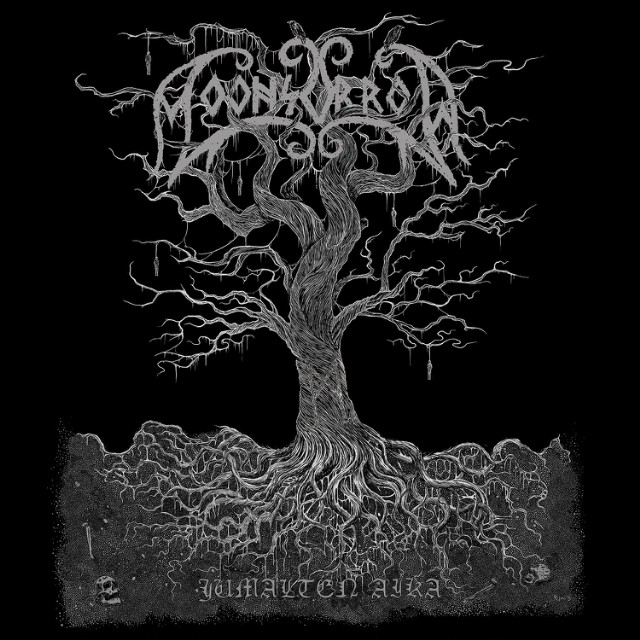