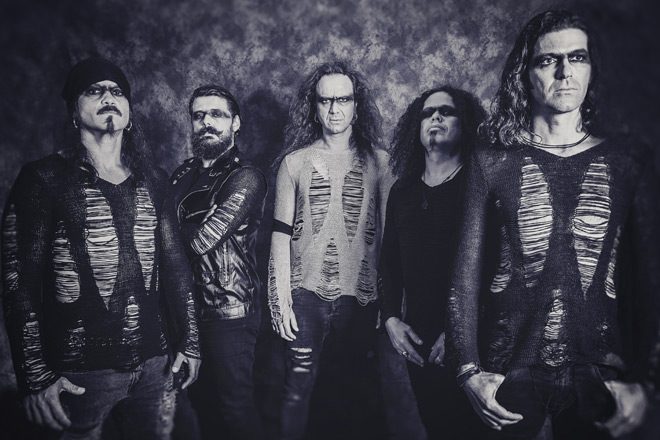 One of the most intriguing characteristics of Heavy Metal, or any music for that matter, is that it’s language is universally understood. While the lyrics may be sung in various dialects, some listeners may or may not understand, the point as well as impact can still come across as strong and meaningful. Coming out of Portugal, Moonspell is a perfect example of just how powerful music can be. Unifying souls from far off lands, Moonspell, whose brand of Gothic tingling Death Metal has been wowing audiences for twenty years, are set to return with their highly anticipated new album, 1755.

Set for release Friday, November 3, 2017 via Napalm Records, Moonspell prepare to rise back into the spotlight with what is to be their eleventh studio album and first since 2015’s Extinct. Always heartfelt, as well as culturally appealing, yet never duplicating themselves, their latest creation happens to be a concept album referring to the year a major earthquake devastated their home town. That in mind, it is dedicated to their home and smartly sung in their native Portuguese.

A 10 song collection, while the Gothic harmonies and eerie tones remain in tact as a signature Moonspell sound, the majority of the album takes on a melodic Death Metal focus featuring harsh vocals interspersed from Fernando Ribeiro with plenty progressive interludes and build ups. As a result, 1755 is served best as a whole artistic experience played in the order it was laid out because it tells a clear story through the structure of the tunes which act very much as an earthquake would.

How so? Well, it shakes up the listener in the beginning with a powerful, harsh, and demanding style only to slowly calm down into a very beautiful Gothic piano-driven ballad with “Lanterna Dos Afogados.” Back to the beginning, “Em Nome Do Medo” starts off as a whisper and then increases into a dramatic crescendo of Gothic detonation through and through. Though deeming unnecessary, yet a commonality in Metal, a very marketable and live appeal title-track exists as the second tune, carrying the heaviness of the album with ease. Here background choruses are in abundance and the creativity in the guitar work from Ricardo Amorim, and drum solos from Miguel Gaspar are beyond expectations.

As a very technical, masterful album, simplicity arises momentarily, only to quickly be layered with heavy, dark, and eerie vocal stylings. That said, the greatest attribute of Moonspell is their ability to be extremely diverse in their vocal ranges, stylings, and instrumentation as well. They fluctuate from the harsh and melodic to the serene and clean effortlessly. As a result, from album to album, they always have something completely unique to explore and expel into the minds of those who are compelled by it.

Furthermore, while there have been some lineup changes over the years, since the early ’90s the talent and technical progress has never slowed or lacked due to the change. Current lineup Ribeiro, Gaspar, Amorim, along with Pedro Paixão on the keyboards/guitars, and Aires Pereira (Ahriman) on bass make up the tight unit. Why is this important? Because in a live setting, the dynamic benefit of jumping from album to album keeps the stakes and the excitement high, something this group excels at. Their energy and stage presence always assists as an accentuation, yet the music speaks for itself loud and clear. Unfortunately, Moonspell does not travel much to North America, but hopes are high that they will make a valiant effort soon enough because it has been far too long already since their last tour with Epica in 2016.

With these thoughts in mind, and anxious to see Moonspell return again, some of their more somber work, such as 2012’s Omega White, use primarily clean vocals with serene Gothic melodies. While present on 1755, they are not prominent, and 1755 possesses a more cultural hometown Gothic styling.

The bottom line in all tales on Moonspell are enchanting. In the eyes of dedicated followers, they can do no wrong, and their albums do not typically range in a best to least favorite way. They all have their own time, place, and deep meaning, much like 1755. With the recent tragedies that have been striking all over the world as of late, it seems this concept is quite relatable and comprehended by the likes of anyone in its earshot range. 1755 ranks in as technical mastery and creativity while Moonspell offers their own uniquely appealing structure and tone. Long story short, for any fans of Gothic Metal, Moonspell will win a popular spot deep within on their musical quality alone. As expected and then some, CrypticRock gives Moonspell’s 1755 a 5 out of 5 stars. 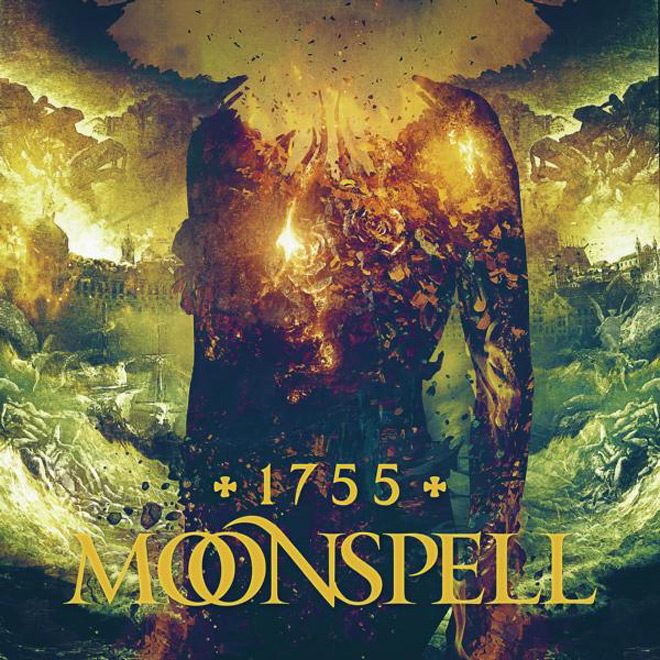