Gothic Portuguese metallers MOONSPELL have announced that they are returning to North American for a headline tour in 2014. The “America Noir” tour will begin January 31st in Ft. Lauderdale, FL and is currently scheduled to run through February 20th in Toronto, ON. Support on the tour will be provided by Napalm Records label-mates LEAVES’ EYES and ATROCITY. A list of announced dates can be found below.

MOONSPELL are touring in support of their latest release 2012’s Alpha Noir. The band toured North America in early 2013 and are eager to make their return.

LEAVES’ EYES will be out on the road supporting their new album Symphonies of the Night (available for purchase HERE) that was released November 25th in North America on Napalm Records. Symphonies of the Night brings the listener into a world of legends, with majestic and sweeping songs and beautiful melodies. The album features sound a real orchestra, choir, Uilean pipes, Irish whistle, fiddle and dulcimer.

Ticketing info, additional shows and meet and greet info will be announced shortly. 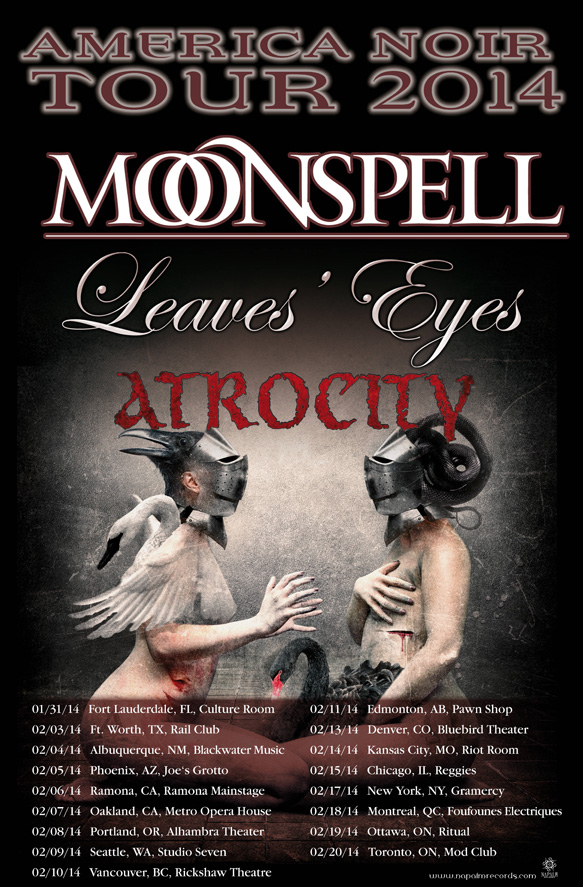