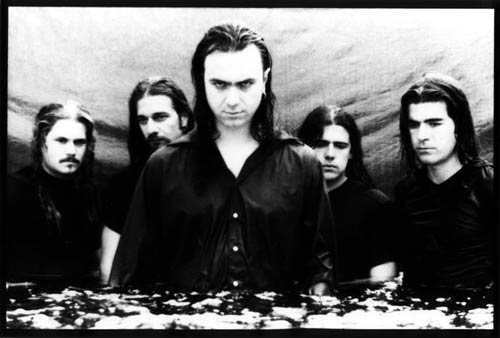 Twenty years since the release of an album is a milestone worthy of note, a time for reflection on whether the music at hand has withstood the test of time, as well as an opportunity to discuss a band’s subsequent musical direction, or perhaps its influence on its contemporaries. Yet there is another element to such discourse, one unique to these first few decades of the new millennium. Take, for example, Portugal’s most successful Heavy Metal export Moonspell.

Back in 1995, the internet was in its infancy, and a fledgling Metal label called Century Media Records was busy signing some of the most influential acts on the planet. Moonspell was one of those acts, a band coming from a place with virtually no Heavy Metal scene to speak of, at a time when many fans in America were only just waking up to the burgeoning sonic treasure trove on the other side of the pond. In those days a young Metal fan could walk into the local mall and find such gems lurking among the more mundane Rock and Metal fare. For them, the racks and rows of plastic and paper was it. Sure there were magazines, but in those days the hunt was a pure and unadulterated pursuit. There was no iTunes, Spotify, or YouTube. In many places, kids hunted for new music alone, without guidance. Grunge was at its height, with nu-metal uncoiling itself from the shadows and Metalcore not far behind. What solace was there for the metal fan seeking more of fantasy, history, folklore, and the occult?

In the summer and fall of 1995, a young fan might have wandered into some nameless music store, eager to discover paths yet untrodden in the world of Heavy Metal. That fan may have begun thumbing through the racks of CD’s, encased as they once were in those ponderous, plastic security straitjackets. To sate their hunger for something new, they may have quickly flipped by a stagnating Megadeth and a more-commercial-by-the-day Metallica. In their haste they may have almost missed it. But then perhaps they spotted it. Their eyes might have taken in the smoky black cover art, devoured the ghostly, regal wolf howling unknowable odes of hunger and want at that scarred, iconic moon above its head. Beset by its snarling, gnashing lupine family, protecting secrets yet unknown . . . and then that fan might have read the word Wolfheart printed in the lower left hand corner of the album’s cover. Next their eyes would read what has to be considered one of the coolest logos in all metaldom. That symmetric ‘Moonspell’ with the pentagram depending from the center, answering the summons of the impressionable young fan for that otherness, that something more that the 1990s had heretofore been so fickle at providing.

Moonspell’s Wolfheart was released on the 1st of April, 1995, but there was no fool to be made except for those who overlooked this marvelous debut. Produced by Waldemar Sorychta, it had the backing of the aforesaid Century Media Records, who along with Nuclear Blast brought more foreign music to American ears than anyone else, at a time when doing so could be arranged by no other means. The spellbinding cover was painted by a man named Axel Hermann, while the magic of that logo came from the hand of one Christophe Szpajdel.

The promise of that deliciously evil cover art was delivered immediately with first song “Wolfshade (A Werewolf Masquerade).” Soaked in keys and atmosphere, there was nevertheless a desperate blackened soul lurking within every chord. The lead around the five minute mark, soaring over gut-punching double kick drums, penetrates to the listener’s heart. The vocalist, who outside the studio goes by the name of Fernando Ribeiro, called himself Langsuyar within the confines of his own world. A world of lycanthropic mystery, of blood, lust, and heartbreak, Ribeiro’s voice varied between a fiery black metal screech and a clean, uber-goth tone reminiscent of Peter Steele with a thick Portugese accent. To American ears, accents like Ribeiro’s lent the music an added element of mysticism. On the next song, “Love Crimes,” Moonspell gave us the enchanting voice of session singer Birgit Zacher, adding a wild lascivious romance (with teeth) to the dark metal maelstrom. The classically toned keys played by Pedro Paixão combined with Ribeiro’s lordly intonations gave the music a zesty confidence that truly set it apart. Guitar by Ricardo Amorim and bass guitar by Ares Perreira helped create a build-up of tension, where Zacher’s wordless singing and the impassioned lyrics crescendo until we are cast down gently upon a cushion of ambience for the song’s final three minutes.

This leads to “…Of Dream and Drama (Midnight Ride),” a brief number that so perfectly articulates the power that Moonspell was just beginning to tap into; the song’s brash audacity spoke of heady inexperience, a ton of potential, and the arrogance to say screw it and just play. The closing stanza, “where all women are naked and alone, immolating their pride. May they forever ride, far in a midnight crime” speaks to that violent romanticism with hyperbolic honesty. Next, “Lua D’Inverno” and “Trebraruna” introduced us to the traditional side of these talented men of many colors. A lonely flute in the first and percussion, guitar, hand-clapping, and the robust Portuguese of Ribeiro in the second could easily be considered an embryonic branch of the Folk-Metal family tree.

With the former two songs, one could imagine some ancient rural village life, and the people of a forgotten time dancing to forgotten music. With fifth song “Vampiria,” one could imagine the beast stalking the outskirts of such folkloric towns. The album’s most bombastic song, “Vampiria” features disparate styles brought together like fangs into naked flesh. As with those bitten, the listener cannot help but be drawn in, to keyboard swells, screams, languid whispers, and the tolling of a bell. Ribeiro, like a vampiric Barry White, lures the young and unwary with his mournful croon. Raised in triumphant meter, his words end in one of the best piercing screams ever put down on tape.

From the harshness of “Vampiria” we are then sent headlong into the sexual dreaming of “An Erotic Alchemy.” A smooth, Goth-Rock influenced eight minutes of atmospheric heavy metal, the listener is immersed in a medieval 50 Shades of Grey for milk-skinned ladies and lycanthropic lords. Stunning keyboards bolster Ribeiro’s voice until at around two minutes and forty seconds Birgit Zacher truly shines with some of the finest operatic singing this side of Transylvania. When the song breaks down percussively, Langsuyar is advanced upon by his lady once more. Each note in the song is weighted by such an ardently male virility. The listener could truly believe Moonspell stepped out of some bygone realm of fantasy.

“Would you die for this?” Ribeiro asks, before launching into that most revered of Moonspell songs. “Alma Mater” encapsulates and codifies the entire Moonspell experience. It is a staple in their live set to this day, an anthem to Lusitanian pride and the ancient pagan roots from which the band has emerged. Included on some formats was the Portuguese sung “Ataegina,” a song whose flute and folk music cadence most certainly showed that Moonspell was unafraid of the traditional folk approach that has since become so huge in certain circles of Heavy Metal fandom.

Wolfheart broke a lot of rules back in 1995, and it set the table for a ton of atmospheric, gothic, dark Metal that came after its release. Even touching on pagan folk themes, it could arguably have helped spawn that style as well. For fans who did not know music like this existed, who absorbed this album in 1995, Wolfheart was and continues to be an immortal piece of music for all those who wander beneath the moon. 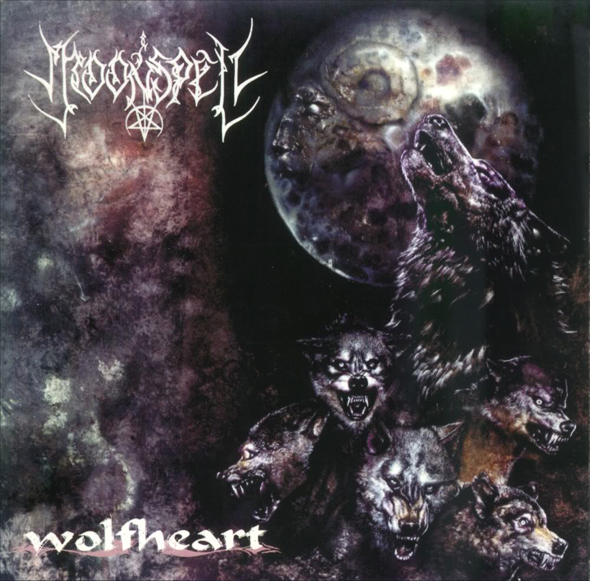