Morrissey – World Peace Is None of Your Business (Album Review)

March 10, 2015 Morrissey – World Peace Is None of Your Business (Album Review) 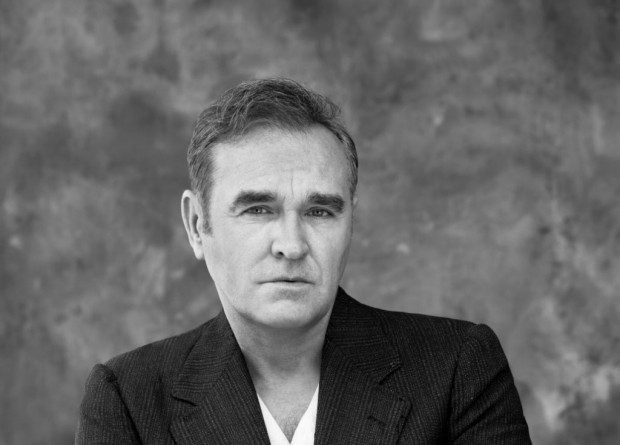 Of all the so-regarded living icons in the Alternative Rock/Indie Pop scene, Morrissey has become one of the most lauded by many and most loathed by some—hailed, for his music and seemingly eternal charm, voice, and style; hated, usually because of his often vulgarly and vilifying expressed social and political views. Whichever side one is on, Morrissey’s musical consistency and lyrical proficiency can never be underestimated.

Born in May 1959, Steven Patrick Morrissey is best known as the gladioli-waving and dagger-tongued, socially and politically involved vocalist of the short-lived yet very prolific The Smiths, which existed from 1982 to 1987, releasing four studio albums and ten compilations that consisted of about seventy-four songs. After the breakup of the legendary band, Morrissey immediately embarked on a solo career that now proved to be productive and enduring.

He is an artist who could seamlessly squeeze big concepts and bombastic words into short and melodic songs without the messages’ getting lost in the translation. He is the lyricist who could get away with lengthy titles ripe with sarcasm—“There Is a Place in Hell for Me and My Friends,” “We Hate It when Our Friends Become Successful,” and “The More You Ignore Me, the Closer I Get”—and with name checks and phrases unusual in typical Pop songs—“Caligula,” “lonely high court judges,” “t-bone steak,” and “cancer of the prostate.”

For the majority of his solo works, Morrissey has simply carried on, both lyrically and musically. To a loyal fan who has a long attention span, a sense of consistency is a comfy couch after a hard day’s work. In fact, he has released a string of solo albums and countless singles, but many fans, and even journalists, regard his 1988 debut solo album, Viva Hate, as his best album. That is unsurprising, for many people tend to get fixated on debut releases primarily because of nostalgia, familiarity, and the illusory attachment to “first impression lasts.” As a result, they fail to discover the individual beauty of subsequent offerings. That is their loss—for their lack of a keen pair of ears to quickly pick whatever is catchy and melodic. Sadly, by the time most artists release their third or fourth album, the eyes and ears of the so-called fan have already turned to somewhere else and to someone else.

Now, faithful followers who do not fall into that category can rejoice as Morrissey’s tenth album, entitled World Peace Is None of Your Business, was released in 2014, coming five years after Years of Refusal, and the wait was worth it. Currently working with the five-piece band of Boz Boorer (guitar), Jesse Tobias (guitar), Solomon Walker (bass), Matt Walker (drums), and Gustavo Manzur (keyboards), Morissey’s latest offering sees him working with Grammy award winning producer Joe Chiccarelli.

World peace may not be everyone’s business, but Morrissey’s music should definitely be in the business of any Indie Pop music aficionado. Literarily, some might consider the album just Morrissey being Morrissey—what with satirical titles like “Neal Cassady Drops Dead” and “Kick the Bride Down the Aisle,” which obviously belong to the Morrissey lexicon. However, the attentive and who has a penchant for intricate musicality should be able to notice the more-than-usual elaborate structures and instrumentation of the contents of this album. Most of the songs have distinct characteristics of their own, but overall they all fit well in the whole Morrissey mold.

The unique beauty of World Peace Is None of Your Business lies in the incorporation of Spanish Folk, particularly Flamenco and bullfight music, via Classical-guitar tracks, horns, and strings section. All these blend well with the usual Post-Punk angularity and New Wave dance-ability of Morrissey’s music. These progressive elements are best heard on four songs: “Earth Is the Loneliest Planet,” a fast, funky guitar stomper; “Staircase at the University,” an unassuming singalong song with bittersweet lyrics (“‘If you don’t get three As,’ her sweet daddy said, ‘You’re no child of mine and as far as I’m concerned, you’re dead’ / She threw herself down and her head split three ways…”) whose highlight is the Flamenco guitar crescendo in the coda; “The Bullfighter Dies,” whose Paso Doble–flavored horns and strings tracks perfectly illustrate the theme of the song; and finally, “Kiss Me a Lot,” which will leave the listener crooning to himself “Kiss me a lot, kiss me a lot, kiss me all over my face…” over and over again. World Peace Is None of Your Business is an instant classic, not to mention the equally polished six bonus songs in the deluxe edition.

Some might say that Morrissey’s iconic status is a farce, just because of his Pop sensibilities and over-the-top animal-rights crusades. However, his witty lyricism, literary predilection, proficient vocabulary, social activism, political involvement, and unapologetic stance on current issues have actually elevated not only his place in the international music pantheon but also the standard of the genre where his music thrives on. With the loyalty and support of his diverse fans all over the world, Morrissey has long joined the league of artists who have proven that music could really change the way people view the world at large. World peace could be anyone’s business after all. CrypticRock gives Morrissey’s World Peace Is None of Your Business 4 out of 5 stars. 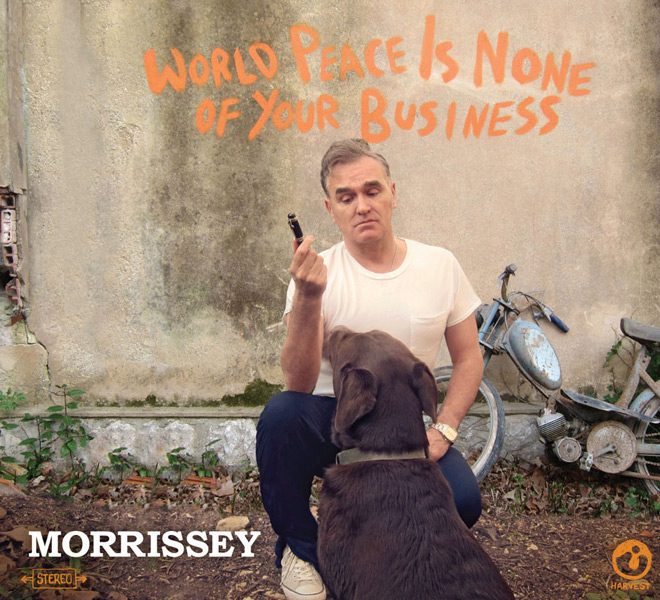 Purchase World Peace Is None of Your Business:

Album review, Morrissey, The Smiths, World Peace Is None of Your Business
Print page
1 Like