Mother of All Lies (Movie Review)

Initially released back in 2015, Lifetime film Mother of All Lies became available on DVD thanks to House Lights Media as of February 28, 2017. Written by Ken Sanders and Mark Sanderson and directed by Monika Mitchell (Break a Leg 2005, John Apple Jack 2013), this Thriller is about an adopted teenager, Sara (Francesca Eastwood: True Crime 1999, Final Girl 2015) who goes in search of her birth mother. However, what will she really find? 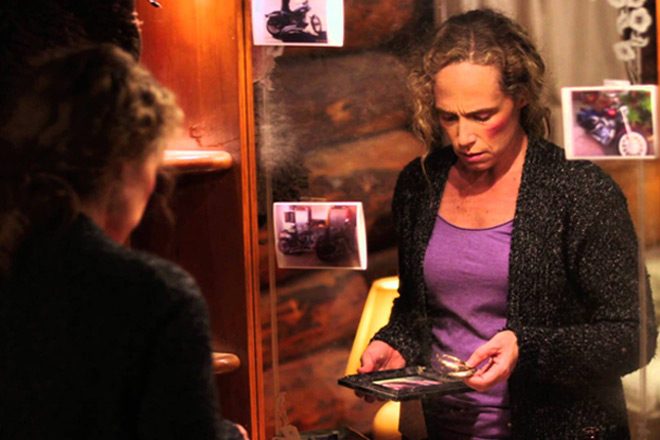 Opening with a getaway scene where two masked individuals hit a guard and speed away, the movie then pans toward Sara’s 18th birthday party. Sara is less than thrilled with said party, as well as  with the fact that her adoptive parents Rebecca (Anna Galvin: Girl Vs. Monster 2012, Warcraft: The Beginning 2016) and Jason (Roark Critchlow: Cadence 1990, Mr. Deeds 2002) are moving the family back east due to Jason’s work. Rebecca talks to Sara about going to the garage and finding some furniture to take, and that is when Sara discovers the letters from her birth mother, Abby (Jennifer Copping: Slither 2006, Van Helsing series). Sara confronts Rebecca and a heated argument ensues, which causes Sara to look up her mother in prison.

Against everyone’s wishes for her to stay away from Abby, Sara not only contacts her birth mother but meets with her as well, helping her win parole. Later on, Sara uses a ruse to go to Abby’s cabin, where she is living with her boyfriend and partner in crime, Carl (Jerry Trimble: Heat 1995, iZombie series). Sara tells Rebecca that she will be staying with her friend Corrine (Allie Bertram: Sucker Punch 2011, Leap 4 Your Life 2013) who covers for her. While ebecca senses something is up, she reluctantly allows Sara to leave. 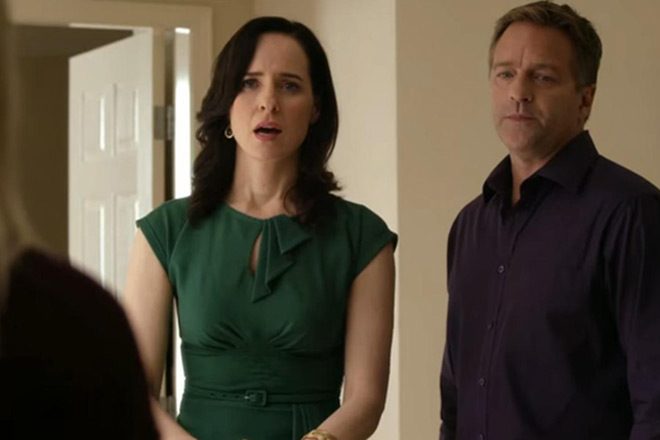 Arriving at the cabin with her suitcase, Abby invites Sara to stay. Carl is not happy with this and right away the audience can see that he is up to no good, and a character by the name of Dax (Matt Bellefleur: 11:11 2004, In Their Skin 2012) shows up with a stolen car as things quickly go from bad to worse. Throughout Sara’s stay at the cabin, things escalate and after a major fight, Carl ends up dead.

Sara immediately wants to call the police and even says she will stick up for her birth mother, but Abby is insistent that that call not be made; and Sara decides to work together with Abby in order to evade police and Carl’s cohorts. Knowing Abby does not want to go back to prison, at least for the time being, Sara goes along with everything. Though soon she begins to believe her mom is not telling her the full story about why she wound up in prison, and quickly she learns the truth where the mood takes an even darker twist. 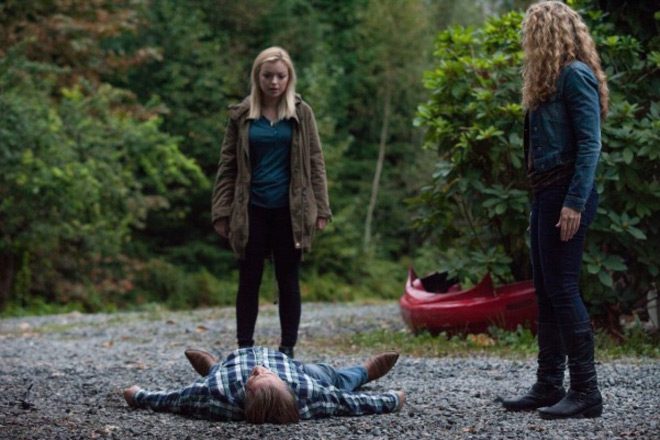 Overall, Mother of All Lies is definitely a good Thriller and pretty well-acted. Copping is very believable in her role, doing a great job portraying Abby. In addition, Eastwood does an exceptional job as Sara, showing she is a promising up-and-coming actress. All in all, Mother of All Lies offers some great twists and, while some are predictable, they do not take away from the film, providing an edge-of-your-seat viewing experience. For these reasons, CrypticRock gives Mother of All Lies 3 out of 5 stars. 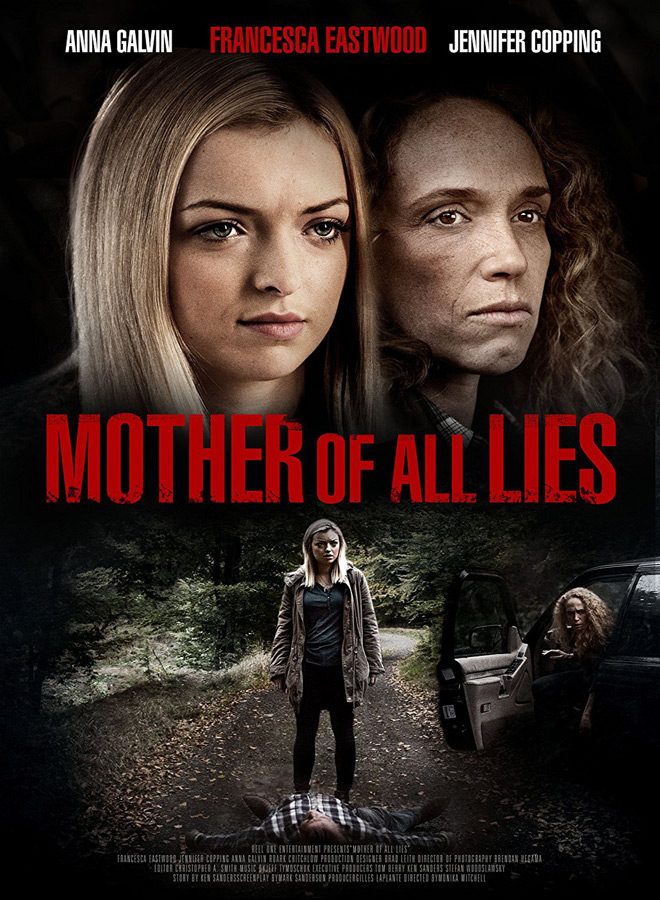 Purchase Mother of All Lies: