Before watching any Darren Aronofsky movie, it is important to stay silent and seated, to remove every last thought from the mind, keep both eyes peeled to the screen, and pay close attention to what happens the very second the movie starts. In theaters Friday, September 15, 2017 via Paramount Pictures, for Aronofsky’s new film mother!, it would be imperative to pay even closer attention to the way in which the title is punctuated, and its superlative use of lowercase lettering. 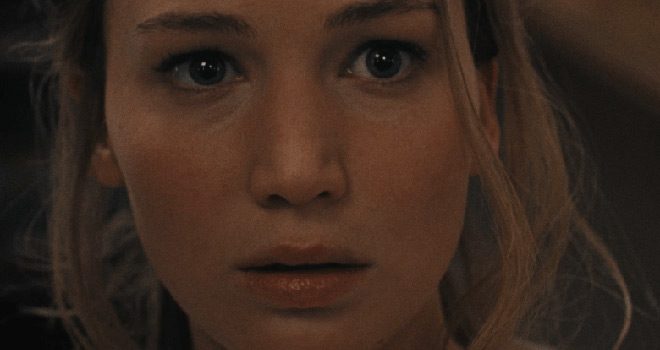 The realm in which Aronofsky (Black Swan 2010, Noah 2014) drags the viewer through his new film mother! is the darkest of nightmares resembling the nastiest of any hell from where no escape can be found. This nightmare will engulf the soul of the viewer who will then beg for the suffering to end. The reason for such a plea is not for the sake of the viewer though, but for the character seen being tormented within this hellish nightmare instead.

Living through this hell is Mother (Jennifer Lawrence: Winter’s Bone 2010, The Hunger Games series), a beautiful woman who has her husband’s best interest in mind, putting aside any of her own needs in the process. While Mother is busy putting together what may have been a desecrated house, her work brings life into every floorboard, every wall, and every single nook and cranny this house has to offer. Although, soon she begins to sense that something is not right about it. Something is in the air, and Mother starts to feel “it.”

Behind all this is her husband (Javier Bardem: No Country For Old Men 2007, Skyfall 2012) – known here as Him – who is a mysterious writer with a lack of inspiration, as it seems to have fizzled-out some. Him procrastinates his next work of art, causing a slight moodiness which begins to worry Mother. He beholds a special gem, or diamond rather, which is kept inside his writing studio. Despite his moods and her worrying, Him and Mother are in-love, and they plan to live a harmonious life together in this gorgeous house, which is secluded from any one person, place, or thing… or so they think. 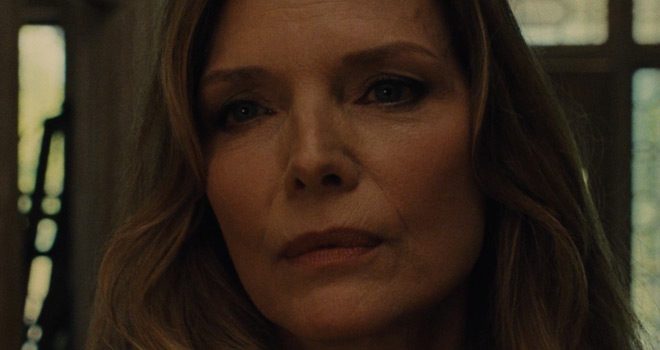 When a mysterious man (Ed Harris: The Abyss 1989, Pollack 2000) along with a mysterious woman (Michelle Pfeiffer: Scarface 1983, Batman Returns 1992) appear unannounced at Mother’s doorstep, their presence soon begins a downward spiral into a deep and dark realm of one of the bleakest nightmares anyone could ever imagine. Soon, after Mother becomes pregnant, Him finds a new inspiration from which he crafts into one of the greatest works of art he has ever written. However, the second the ink hits the paper, all hell breaks loose. As a result, Mother is trapped within its confines.

A strong force in the world of cinema since his much lauded debut film Pi in 1998, Aronofsky also wowed and won over hungry cinephiles with his impeccably realistic, extremely powerful and moving 2008 film The Wrestler, and then again in 2010 with the aforementioned Thriller Black Swan. With mother!, Aronofsky offers one of the greatest films to ever grace the big-screen in a very long time, and arguably his best to date.

Every second of this movie will stick to the ribs, implanting nightmarish imagery along every synapse leading to the brain. It will make many a fist grip so tightly and the nails of the fingers will have gone through each wrist. These types of emotions are only what a good director like Aronofsky is capable of doing to an audience

In addition to all of this, Jennifer Lawrence is absolutely fantastic in mother! She extracts and drains every emotion from the viewer with her riveting portrayal of Mother. Putting it into perspective, if mother! were to be a Silent Film, her actions, her facial expressions, and her anger would perfectly tell the story without any movement of her lips. Also interesting, throughout almost the entire film, the camera angles are all on Mother; sometimes showing what sights she sees through her own eyes in first-person views or what her expressions are when the camera is a mere inch or two from her face. This form of cinematography not only adds to the film, but is a sensational vision straight out of Aronofsky’s vivid imagination. 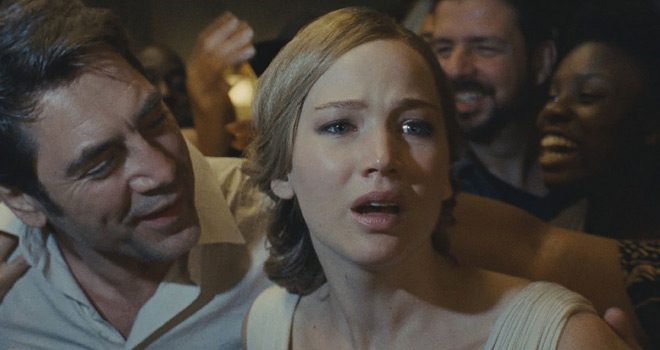 Without giving much more away, there is a form of religiousness underlying the darkness of which surrounds mother!, and it is executed so very “God” damned well. It is absolutely devastating what happens to Mother as she encounters various strangers in her house. Bearing witness to this on the screen will strike anger in many viewers who will want to rise up from their seat and force a way into the movie itself.

Overall, mother! is a fantastic movie that will not leave audience’s memory banks for many years to come. It is gripping, horrifying, scary-good, and downright intelligent. Knowing just how to meld natural human emotions with cinematic fiction, creating one hell of a story each and every time, this is another amazing achievement in Darren Aronofsky’s body of work. All this in mind, CrypticRock gives mother! 5 out of 5 stars. 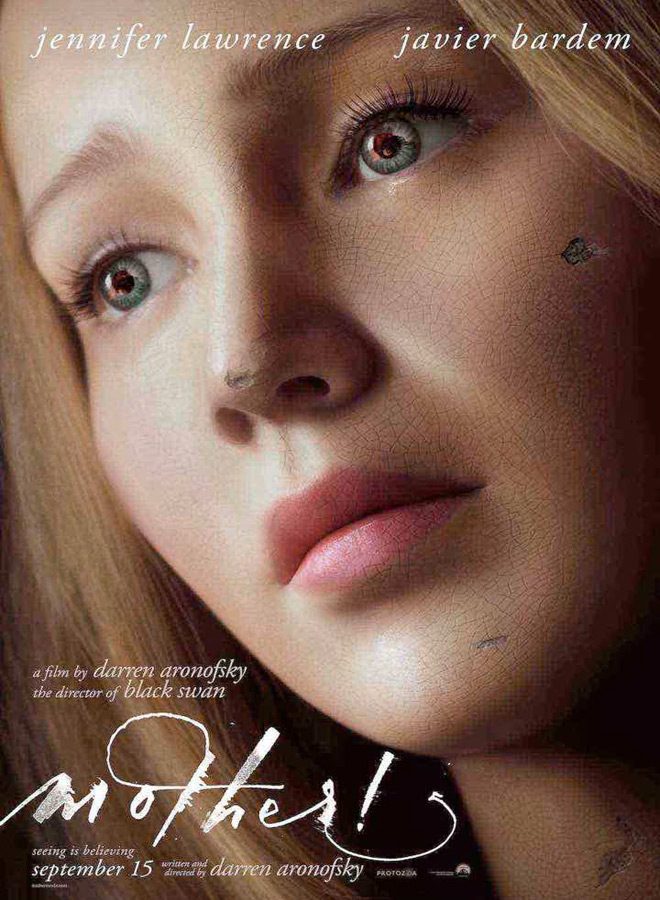