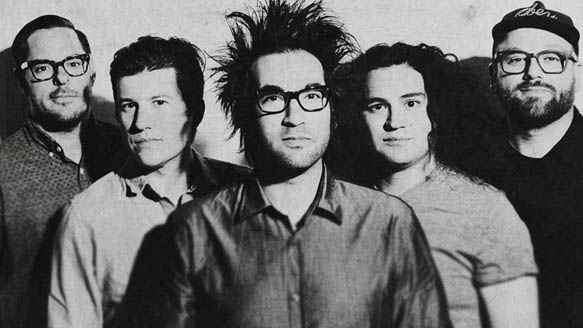 Coming together back in 1997 in Minneapolis, Minnesota, Motion City Soundtrack is a band which has sustained quite a strong career. Spending years hard at work independently, they self-released music, built a fanbase the old fashion way, and in 2003, Epitaph Records signed them on. Re-releasing I Am the Movie in June of that same year via Epitaph, the band would follow-up with major success in 2005 when they released fan-favorite Commit This To Memory. Since releasing a bunch of strong records, 2015 marked the tenth anniversary of Commit This To Memory, and naturally Motion City Soundtrack took to the road in celebration with extensive touring. Although, the band does not rely strictly on nostalgia, and on September 18th, released their sixth full-length studio album which goes by the name of Panic Stations. Recording back in June of 2014, the record marks their first since 2012’s Go and features production from John Agnello at the newly renovated, newly-revamped Pachyderm Studio, famously as the location Nirvana’s 1993 album In Utero was recorded. Marking their first record without long-time drummer Tony Thaxton, Panic Stations features Claudio Rivera in his place along with Vocals/Guitarist Justin Pierre, Guitarist/Vocalist Joshua Cain, Moog synthesizer/Keyboardist Jesse Johnson, and Bassist Matthew Taylor. Taking the records name from the nautical structures that act as warning posts in the oceans, naturally, many of the tracks refer to water and the ocean, with plenty of metaphorical lyrics that will intrigue listeners.

Beginning with the words “Let’s do this” prior to the fast and thriving music of “Anything At All,” the song sets a good vibe for what is yet to come on Panic Stations. Then lead single “TKO” is a bit slower, bust just as catchy, featuring a strong bass line. The lyrics are quite repetitive, not only for the bridge and chorus, so much so, the listener will easily remember them to sing along quickly. Even slower and much more melancholic, “I Can Feel You” continues the record as a very emotional love song that will touch the listener’s heart. Pieree’s voice is very clear and easy to understand in this pure and clean track.

Moving along, following the theme of the record, second single “Lose Control” sways back and forth with the melody, almost hypnotizes the listener. When listening to this track, it feels as if the lyrics include about five sentences, but only because it grabs hold of its audience who will undoubtedly get lost in the melody. On the other hand, “Heavy Boots” is a joyful song with a catchy melody playing out like an anthem with a loud and proud approach. Continuing with positive energy, “It’s A Pleasure To Meet You” spreads good vibes, making it another strong and amplified cut, empowering the listener with the phrase “You are not alone.” A little more serious, “Over It Now” is a sincere piece talking about how to cope with the end of a relationship and move forward with life. Flowing into “Broken Arrow,” it is a song that goes straight to the heart, featuring soft vocals in a higher pitch along with thriving melodies. With sweet words, Motion City Soundtrack leave a mark on the listener’s heart.

As Panic Stations begins to come to a close, “Gravity” is a catchy Rock song with a smooth and relaxed melody. A great song to have playing in the background, Taylor’s bass line is quite intense, adding some seriousness and depth as the melodies and arrangements are rich of musical elements. This song will wrap around the listener and keep one wrapped until the last note of this song has ceased. Swinging back into a brighter tone, “The Samurai Code” is a little like a Surf Rock song, easy going, yet filled with a deeper meaning. Finally, “Days Will Run Away” comes on as a soft and calm tide concluding Panic Stations with plenty of emotional ups and downs.

Lasting for thirty-nine minutes, Panic Stations leaves the listener in a good mood and filled with hope. With sweet Rock music, Motion City Soundtrack keep an inviting atmosphere around the music from start to finish and a sense of comfort with letting go of feelings. CrypticRock gives Panic Stations 3.5 out of 5 stars. 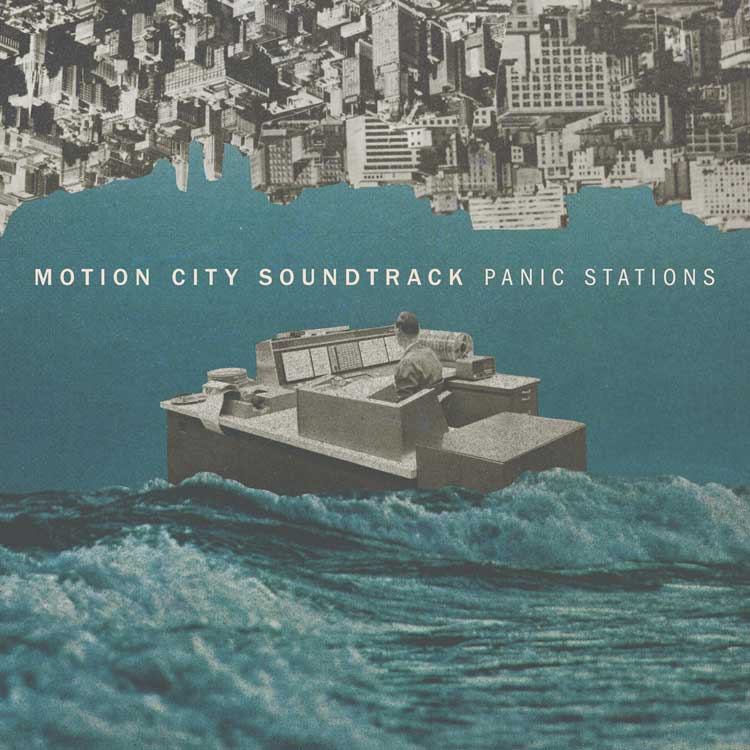