As much life as American Heavy Metal band Mötley Crüe has lived throughout their thirty-four year career, it would easily have broken an ordinary band. Given that, they have persevered to be able to retire come the end of 2015 with all original members of Vocalist Vince Neil, Guitarist Mick Mars, Bassist Nikki Sixx, and Drummer Tommy Lee above ground. Beginning their journey back 1981 with their big, debut full-length, Too Fast For Love, they made even bigger strides once the epic Shout at the Devil album hit in 1983. That is why the pressure was high for the band as they went into the recording studio in the Winter of 1985 to work on what would be the Theatre of Pain record. With all eyes on them, Theatre of Pain dropped on June 21, 1985, and reflecting back, it would become a career changer as it now celebrates its thirtieth anniversary.

A shift in directions for Mötley Crüe, what set Theatre of Pain apart from their previous offerings is the detour away from their harder Heavy Metal sound for more of a Hair Metal style which had taken the market by storm with bands like Poison and Cinderella. With that, the band took a risk and it paid off as the record hit six on US charts and it earned quadruple platinum certification in the US ten years later and triple platinum in Canada. With memorable singles like Brownsville Station cover “Smokin’ in the Boys Room,” the power ballad “Home Sweet Home,” as well as “Save Our Souls,” which was featured in the Italian Horror film Demons, The Crue strike the jackpot in their efforts to broaden their audience.

Recorded in five months, between January and May of 1985, Theatre of Pain was the culmination of one of Vince Neil’s hardest life experiences with his drunken-driving manslaughter arrest, for which the album was dedicated to Hanoi Rocks’ Drummer Nicholas “Razzle” Dingley.  Interestingly, it was produced at three different studios: Pasha Music House, Cherokee Studios, and Record Plant West in Hollywood, California by Tom Werman (Cheap Trick, Poison). Clocking in at 35:16, listeners were treated to ten tracks of everything from Hair Metal to retrospective ballads beginning with “City Boy Blues;” a mid-tempo piece with riffs galore. For this record, Neil’s voice had a bite with his inflections. His delivery had a swagger that screamed city boy as he sang of fighting between staying with his chick in the country, or living it up in the city.

Faithfully recreated with The Crue’s flair and Neil’s distinctive voice, “Louder than Hell” is a raucous track of insane riffs accompanied by Lee’s drums as the guys sing about how they like their sex, their music, their everything. “Keep Your Eye on the Money” used a driving melody to sing about females getting under guys’ skin, and destroying them. Then there is the aforementioned “Home Sweet Home,” which shows the band’s softer side as the song began with a simple piano followed by the guitars, and finishing as it began, with the simple piano. It was through this track Mötley Crüe, always the consummate performers, made a power ballad to their fans about their love of touring. In addition, the song’s influence can be felt deeper than the original recording with the likes of Linkin Park, Limp Bizkit, and Carrie Underwood, to name a few, performing cover versions.

The mid-tempo “Tonight (We Need a Lover)” had a the hallmarks of another power ballad…except when Neil sings, “The taste of love, it might be yours/Slide down my knees taste my sword/Can you feel the power inside tonight?” Ratcheting up the tempo, “Use It Or Lose It” was a high-octane tune of living life to the fullest, even going to excess, because life is short as the band names celebrities that died young.  Then there is “Save Our Souls” was which a brooding track of social commentary of gangbangers, junkies, and prostitution, hoping they still make it to heaven. Furthermore, “Raise Your Hands to Rock” was The Crue’s most anthemic tune of Theatre of Pain as there is riffs aplenty set to a sway-driving beat while they chant and sing about growing up to be the rockers they are, and to follow one’s dreams. Closing out Theatre of Pain is “Fight for Your Rights,” a fitting anthem of an all-inclusive society that deserves the same thing.  This piece has a simple melody and beat for an issue that has plagued man since the dawn, and will continue to be relevant through Theatre of Pain’s next thirty years.

Ultimately, Theatre of Pain, with its themes of excess, love of Rock music and fans, and equality, is a well-rounded album that added an early notch on Mötley Crüe’s belt in their illustrious and storied career. It spoke to the kids of its era, and continues to speak to its faithful followers as well as their kids that followed. Many would say Theatre of Pain was the gateway for Girls, Girls, Girls two years later. Showing they were still as Heavy Metal as ever, The Crue returned in 1989 with their most balanced record, Dr. Feelgood. For fans young and old, Theatre of Pain is an essential part of Mötley Crüe history three decades later as the band set to say farewell. 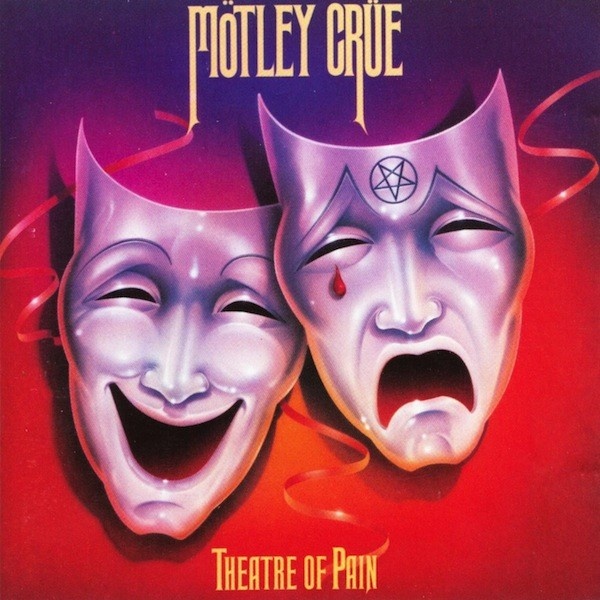