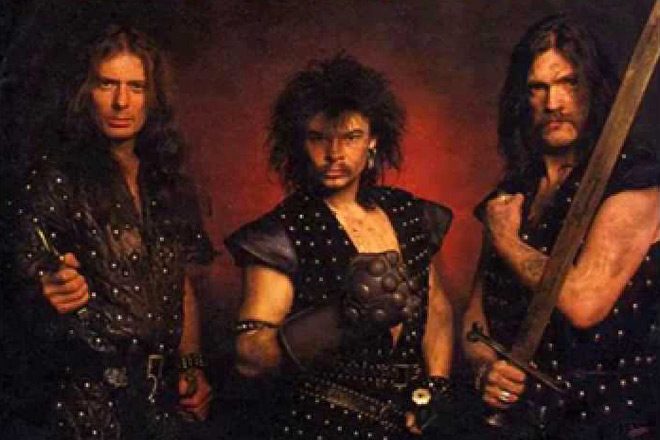 The march of time slows for no man, not even the great Lemmy Kilmister, who left this earth in December of 2015. The man who is (and will always be) Motörhead witnessed many anniversaries and milestones in his time burning up this planet. Unfortunately, he did not live to see Iron Fist turn 35.

The hordes of fans who love Lemmy and his legacy, however, are left to ponder how the tides of time are lapping at the feet of such works. In 1982, Judas Priest and an upstart Iron Maiden were kings, Metallica was a growing, forceful rumor from the West, and Motörhead was bathed in the success of smash hit album number five, Ace of Spades. Following that up was always going to be challenging, and for the raunchy English three-piece, Iron Fist was going to be the final album featuring the lineup of Lemmy, Fast Eddie Clarke on guitar, and Phil ‘Philthy Animal’ Taylor on drums. Produced by Fast Eddie, the album hit the shelves on April 17th, 1982 via Bronze Records.

Opinions vary, and there are those who proclaim that Iron Fist suffered from weak production and even lacked inspiration. In more modern interviews, Lemmy himself has alluded to some of the songs on the latter half of the album being recorded before being completed. Such are the travails of many bands thrust into stardom at young ages, especially in the formative days of modern Hard Rock and Heavy Metal.

It is difficult to argue with the immediate, timeless crunch of the opening title track. A staple at nearly every Motörhead live show since its inception, “Iron Fist” is the ultimate swift-sharp-shock, tour-de-force fusion of street Punk and NWOBHM melody. Lemmy’s distorted bass intro, that descending three note riff, and Philthy’s flawless drumming hit as hard as someone’s first ever shot of whiskey sliding down their unsuspecting gullet.

After the menace of that opening, fans of this fast-rising working-class group were treated to wise-ass anthems such as “Heart of Stone” and “I’m The Doctor.” The riffs and the leads were pure Heavy Metal, while the overall attack reeked of the punky party animal vibe offered up back in 1977 on their eponymous debut. The latter song’s catchy melody lines delivered sweet as sugar vocal lines brimming with bad influence. Lemmy was the guy you prayed your daughter did not try to bring home, but he was the guy you wished you were. Yet, rather than descend into campy Rock-star attention seeking, the song was bathed in a simple, effective rhythm with some truly satisfying hooks.

So what of this back half of the album? Does the Iron Fist unclench, or does it remain strong? Ultimately, personal preference dictates these sorts of things, but midway songs like “Loser” perhaps feel like there could have been another component added to them. For Punk Rock enthusiasts, on the other hand, “Sex and Outrage” is two minutes of fast-paced shots to the gut. Thirty-five years later, many bands have played the same thing faster and harder, but when focused through the dirty, gritty lens of Motörhead, there really is no other way to get the same feeling. They have always done it just right.

The other thing that Iron Fist delivers throughout its 36:20 of playing time is the cynical humor of Lemmy. In the defiant, mid-paced anthem “(Don’t Need) Religion,” he rails “I don‘t need confession, I’m already trying to fight depression.” In a stodgy, religiously charged decade, where the Church of England held a lot of power, such a bald-faced “iron fist” in the face of organized religion must have felt like a burst of cool air to a young set of working class punters sweltering through the Thatcher years.

Decades on, perhaps songs like “Speedfreak” failed to have the same impact as Motörhead’s more popular numbers, but listening to it now, one can see where bands like Guns N’ Roses got their own attitude-driven Hard Rock chops from. Again, Fast Eddie could make that guitar squeal, and his soloing carries the tune just fine between Lemmy’s liquor soaked rasps quite well, thank you very much.

The years may be piling up, but the anthems laid down in 1982 on Iron Fist have undoubtedly stood the test of time, and despite whatever stress the band was feeling during its making, it stands as a monument of the indefatigable freight train that was and always will be Motörhead. 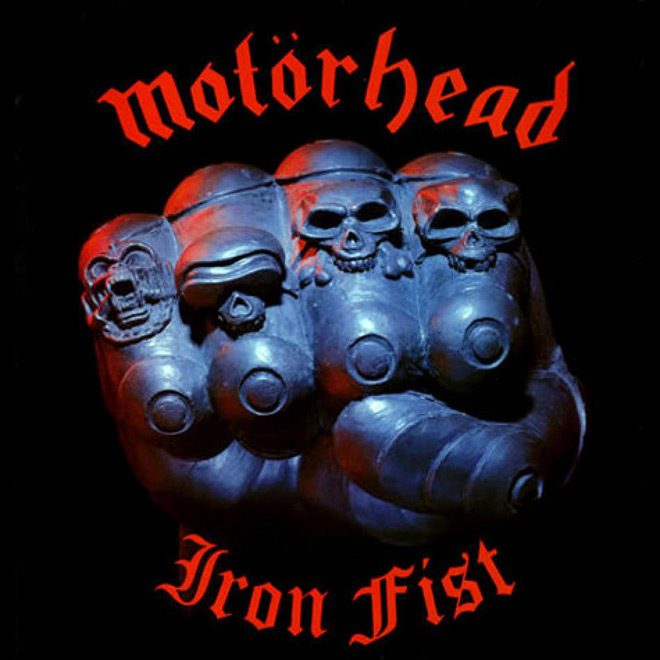