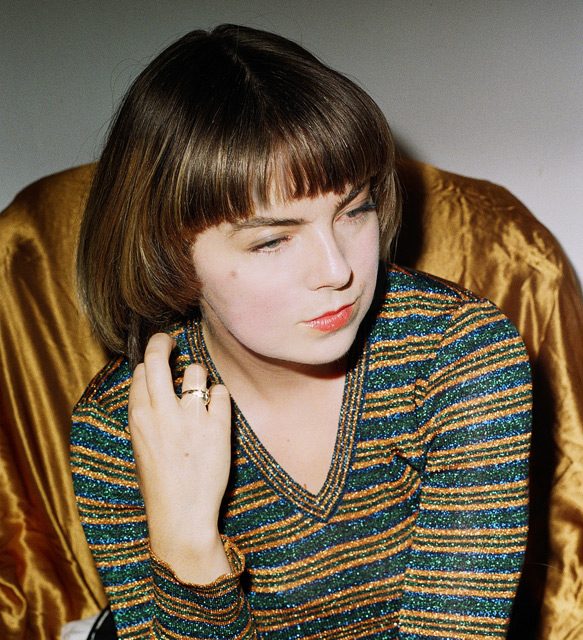 The majority of contemporary Pop music seems to be of the mind that music comes first and vocals a distant second. Although, French Canadian music project Mozart’s Sister turns that notion on its head with the latest album entitled Field of Love.

Those still unfamiliar, Mozart’s Sister is the solo project of Montreal’s Caila Thompson-Hannant (Shapes and Sizes, Miracle Fortress, Think About Life). A talented musician, her latest 8-track LP combines dreamy Electronic Pop beats, exquisite vocals, as well as a few bizarre, all off-putting sounds to paint a colorful picture of the bliss and naivety that comes with new romance.

That said, Arbutus records released some of Grimes’ early work and this could give many an idea of what to expect from Mozart’s Sister; some off-kilter, yet infectious Dance tracks. Though these new songs are a sonic departure from the heavily-layered beats of Being, a reliance on Thompson-Hannant’s stellar vocal abilities carries through each of her releases.

Musically, Field of Love almost seems like a step back from Being’s dark, driving, Daft Punk-inspired buzzes, beeps, and bass, but the new direction taken by Field of Love is refreshing. The album’s eight tracks are filled with bright, energetic beats that channel Thompson-Hannant’s love for the ’90s Dance Pop of her childhood. The self-taught artist’s wish to “follow through on every musical desire she has” certainly shows in Field of Love.

The album’s opening track, “Eternally Girl,” is perhaps one of its strongest. The song sets the tone for the fanciful, fun, and optimistic attitude that permeates Field of Love. “Eternally Girl” is an unapologetically Pop effort whose beats are more contemporary while playing with vocals styled after ’90s Pop icons – not an easy task, but Thompson-Hannant’s vocals are up to it.

Her stellar voice delivers the simple yet earnest lyrics that are a staple for Mozart’s Sister; in “Eternally Girl,” Thompson-Hannant playfully intones “Life’s no fun if you can’t feel the beat, anybody can tell you that…I’m eternally girl and you’re eternally boy.” The most complex lyrics are heard in “Plastic Memories,” a literally bubbly – no, really, there are actual bubble noises – track whose title and layered sounds belie its darker sentiments.

Another standout track is “Angel,” a breathy, seductive offering that allows Thompson-Hannant to show off her impressive range and vocal abilities; she can swoop from a hushed whisper to a soaring belt on a moment’s notice. “Bump” contains some of the most intriguing and unique beats and sound layerings on Field of Love, but its unambitious vocals and lyrics do not quite match up to its discordant and dynamic Dance beats. Lastly, the closing track “Baroque Baby” plays with layers in a way that teeters between fully-produced radio Pop and strange DIY-type sounds reminiscent of logging on to dial-up Internet; it is another track saved by the swelling vocals of Thompson-Hannant.

Field of Love occasionally struggles to balance its layering of sounds with Thompson-Hannant’s powerful range and vocal ability – one wonders how the album would fare without Thompson-Hannant’s elegant voice – but some truly great moments arise when that balance is found. The album’s ’90s Pop inspiration and simple-but-sincere lyrics come together to create a fun and accessible Electronic album, but its moments of incongruity can occasionally be a downfall. As such, CrypticRock gives Field of Love 4 out of 5 stars. 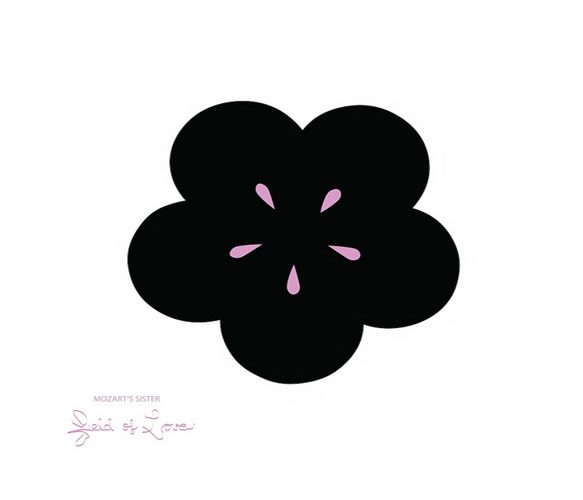