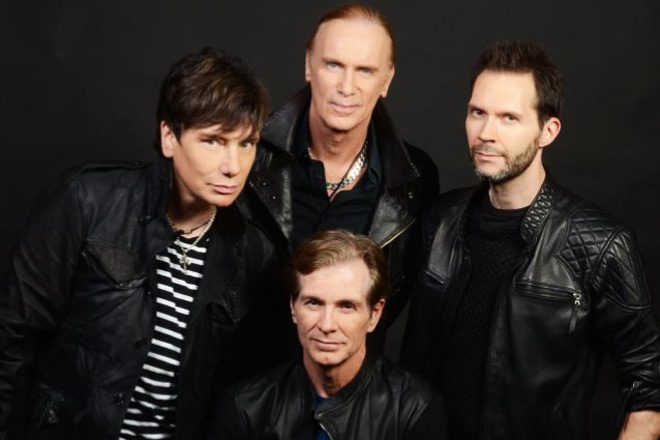 As Mr. Big approach their 30th anniversary since originally coming together in 1988, they prove why they have survived for so long, simply producing some brilliant albums. Following 2014’s Stories We Could Tell, the Californian based band return on July 7, 2017 with a feast of high octane Rock with a classic feel on their new album, Defying Gravity, via Frontiers Music s.r.l.

Still comprised of the original four members, Eric Martin (vocals), Paul Gilbert (guitars), Billy Sheehan (bass), and Pat Torpey (drums), Mr. Big stand strong together. Overcoming the diagnosis of Torpey’s Parkinson’s Disease, Matt Starr from Ace Frehley’s band has been helping out on the road, and they have added in a drum programmer for the studio recordings, while Torpey still plays on a few tracks each show.

Proud to be a part of it all, in a 2015 interview with CrypticRock, Torpey said this about his work on Stories We Could Tell, “At the time it was all new territory and we wanted to get the album out. It was a bit of a challenge, but with the support system and everybody working together, we were able to do it. I was pretty proud of the way it sounds.” Still very much a part of the family, with Tropey and Mr. Big’s ninth album, they reunite with Producer Keith Elson who worked with them on their big hits of the ’80s and ’90s. Recorded it in just six days, Mr. Big will also be taking to the road with a huge international tour, but first, let’s look at the shiney new Defying Gravity.

First of eleven brand new tracks is “Open Your Eyes,” which sets out their clear objective for good time Rock, spiced with gritty riffs and lyrics that people can relate to. This said, these songs have a positive vibe that makes them uplifting and joyful to listen to. Any concerns that title-track might be about a famous wicked witch are soon doused when it reveals itself to be completely unconnected to the West End hit show, and yet funnily enough would not be out of place with its definite show feel to the music and an inspirational lyric with a touch of overcoming adversity through hope.

Moving on, a fun, bright, and breezy rocker, “Everybody Needs a Little Trouble” has an infectious groove and a cheery disposition, while the guitar solo grabs the attention of listeners in a tune about the excitement of walking on the wildside. Then, with a simple melody, acoustic guitar strummed hypnotically and a sense of summer, blue skies and endless days, “Damn I’m In Love Again” is a happy tune, with a cheeky wink while “Mean to Me” swaggers and struts, making it a title with double meaning.

As far as Defying Gravity as a whole, the huge powerful backing vocals give each song a much bigger sound than four guys should be able to create. That said, equivalent to the Texas big sky effect, “Nothing Bad (About Feeling Good)” is a lively track about being happy and in love. This is before “Forever and Back,” another track that would fit into a hit musical displaying feelings of hope, optimism, and striving to be something more. Essentially, it is about dreaming big and making it against all odds. Delightful harmonies help to create those hopeful vibes, on what is at the root of it, a love song. Speaking of love, “She’s All Coming Back to Me Now” is a sweet heartbreak song. Here, there is no bitterness, just regret, and it has a Pop Punk style rhythm which comes as a bit of a surprise.

Later on there is “1992,” a song about their biggest hit, “To Be With You,” which took them from unknowns to stars. The story follows what happened following that rapid rise, the quick drop, and the song is self-depreciating in style, whimsical and bluntly honest, but also nostalgic. Taking a philosophical air, “Nothing At All” is critical and yet ambiguous, leaving listeners wondering who the drama is aimed at, intriguing but giving no answers. Lastly, the final track is an old fashioned heart-warmer titled “Be Kind” which has a lovely sway to the melody and a ’50s quality that will leave listeners going away with a smile.

Mr. Big deliver yet another wonderful album of catchy Soft Rock songs expertly performed with a timeless quality. They write strong melodies that are easy to sing along with, giving them huge appeal, and because of this, Defying Gravity should be another critical success for the band. Those looking for an album that will make them feel positive, motivated, and excited by life, then Defying Gravity is a good choose. As a result, CrypticRock gives this album 4.5 out of 5 stars. 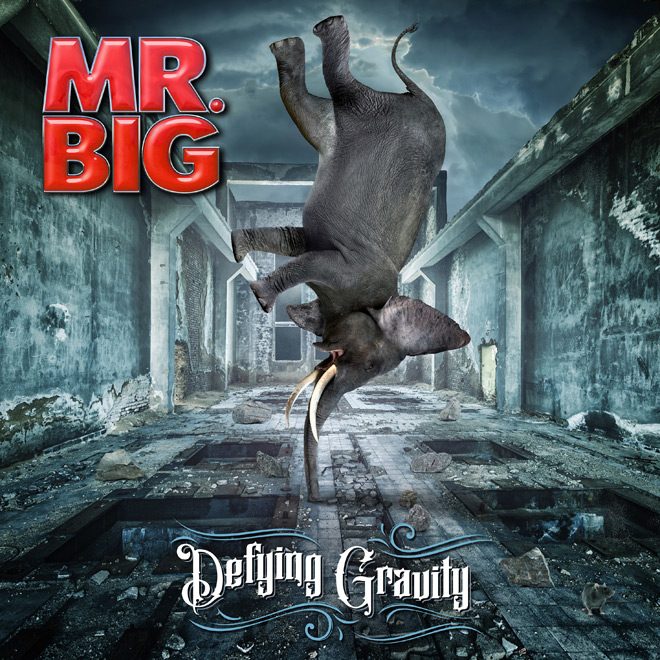