Many music enthusiasts remember lots of great bands only for their hit singles, which is really unfortunate. This has practically made many albums lost in the past, overshadowed by whatever carrier singles were culled off them. However, because of the advent of the Internet, which boosted the availability of information, helped unearth such buried treasures, and revived the music-making careers of such bands, many of these once-forgotten albums have begun being given another breath of life and chance for new music fans (even longtime ones) to appreciate them.

That is the case for Mr. Mister, which many listeners remember virtually for only the chart-topping songs “Broken Wings” and “Kyrie.” Unfortunately, because of the massive popularity that these songs achieved, they also inevitably overshadowed not only the rest of the album where they came from but also the band itself and its entire discography, which consists of four studio albums: I Wear the Face (1984), Welcome to the Real World (1985), Go On… (1987), and Pull (2010). So now, to pay homage to Mr. Mister’s breakthrough album, which contained “Broken Wings” and “Kyrie,” here is an in-depth analysis of Welcome to the Real World, in commemoration of its thirtieth release anniversary.

Originally released on November 27, 1985, Welcome to the Real World is the second studio album of Mr. Mister, which was formed in 1982, in Arizona, United States, by Richard Page (vocals/bass), Steve George (keyboards / backing vocals), Pat Mastelotto (drums/percussion), and Steve Farris (guitars / backing vocals). The album opens dramatically with the symphonic introduction of “Black/White,” whose big drum sound, bombastic guitar layers, cascading synthesizer melodies, full-sounding bass, and soaring vocals make for a superb album opener. It aligned Mr. Mister with the likes of fellow big-sound Post-Punk/New Wave bands like The Armoury Show (“We Can Be Brave Again”), Big Country (“In a Big Country”), Cactus World News (“Years Later”), Ten Ten (“When It Rains”), Tuesday Blue (“Love Me Simple”), and Simple Minds (“Alive & Kicking”). Following next is the funky and choppy rhythm of the arpeggio-rich “Uniform of Youth,” which stands out with its imposing guitar adlib and scaling keyboard melody. “Don’t Slow Down” shows that Mr. Mister is not really slowing down. It shares a similar sonic energy with ’80s Pop Rock stompers like “Eye of the Tiger” by Survivor, “Heat of the Moment” by Asia, and “Your Love” by The Outfield. The mood shifts to low gear as the synthesizer-smooth ballad “Run to Her” plays on. Here, the soulful, silky voice of Vocalist Page subtly surfaces in somber splendor. Just as the listener is most likely about to fall in a state of dreary daydream, Mr. Mister steps on the accelerator once again with “Into My Own Hands.”

“Is It Love?” is certainly an ear-catcher, starting like a Synthpop dance-floor teaser that has a hint of New Order’s “Your Silent Face,” owing to the bouncy synth-bass line in the intro, only to return to the band’s trademark guitar-oriented Power Pop. The next song needs no further ado – “Kyrie,” the album’s highlight – all the ingredients of a perfect Power Pop song, Mr. Mister’s style, are all there – the cascading synthesizer melodies, the grating guitars, the big drum sound, the steady bass, and the soaring vocals. In some ways, its majestic structure, lush instrumentation, and gradual ascending dynamics may be likened to that of A-ha’s “The Sun Always Shines on T.V.,” The Fixx’s “Red Skies,” and U2’s “Where the Streets Have No Name.” Next is the other unforgettable song of the band, “Broken Wings,” where Page and the rest of Mr. Mister turn positively melodramatic and succeed in it.

The music of “Tangent Tears” complements the title and the lyrics – angular, edgy, and punchy. Finally, the album closes aptly with the title track. “Welcome to the Real World” is another driving beat of a song that may be best appreciated using stereo headphones to be able to experience the panning of the instruments from the left to the right speakers. It has also a cinematic quality to it, giving it the power to conjure in the mind of ’80s Teen Action film aficionados movies like Gotcha! (1985) and Out of Bounds (1986).

Mr. Mister disbanded in 1990, soon after its record label decided not to release the band’s fourth and last album, which, fortunately, finally saw the light of day after twenty years. In 2010, Mr. Mister, in cooperation with Sony, released a remastered copy of that final album.

Many bands and their music get relegated to obscurity inevitably because of the quick turnover of bands in the commercial spotlight. Add to that, many of these bands seem to lack the perseverance to soldier on amid struggles, dwindling record sales, and support from their respective record labels. However, with the advent of the Internet, a second chance has also become available for many of such bands for their music to get rediscovered. Either they exert the effort to reach out again to their fans or the fans themselves are the ones who take the initiative to reassess the music of these bands that they might have missed or have not paid much attention in the past. It is not too late. If you are a member of a pioneering band that might have been lost in the mix of fellow aspirants in the past, or if you are a fan who wants to get reacquainted with the music of a band that you once adored, albeit only for their hit singles, then now is the time to reach out. Despite the debatable issue of file sharing, the current era may still be regarded as a golden era of music, when bands can literally speak directly to their fans worldwide, Every time they have new music to offer or old ones that they wanted to reintroduce, with just a click on the mouse, bands and  fans can backtrack to whatever that they might have missed, as well as update themselves about the latest activities and releases of bands that they come to love or recently heard of. For that, the time is ripe to enter again the “real world” of Mr. Mister. Their wings are no longer broken. Their albums have now been out to be enjoyed again by their longtime fans and to be discovered by new ones. 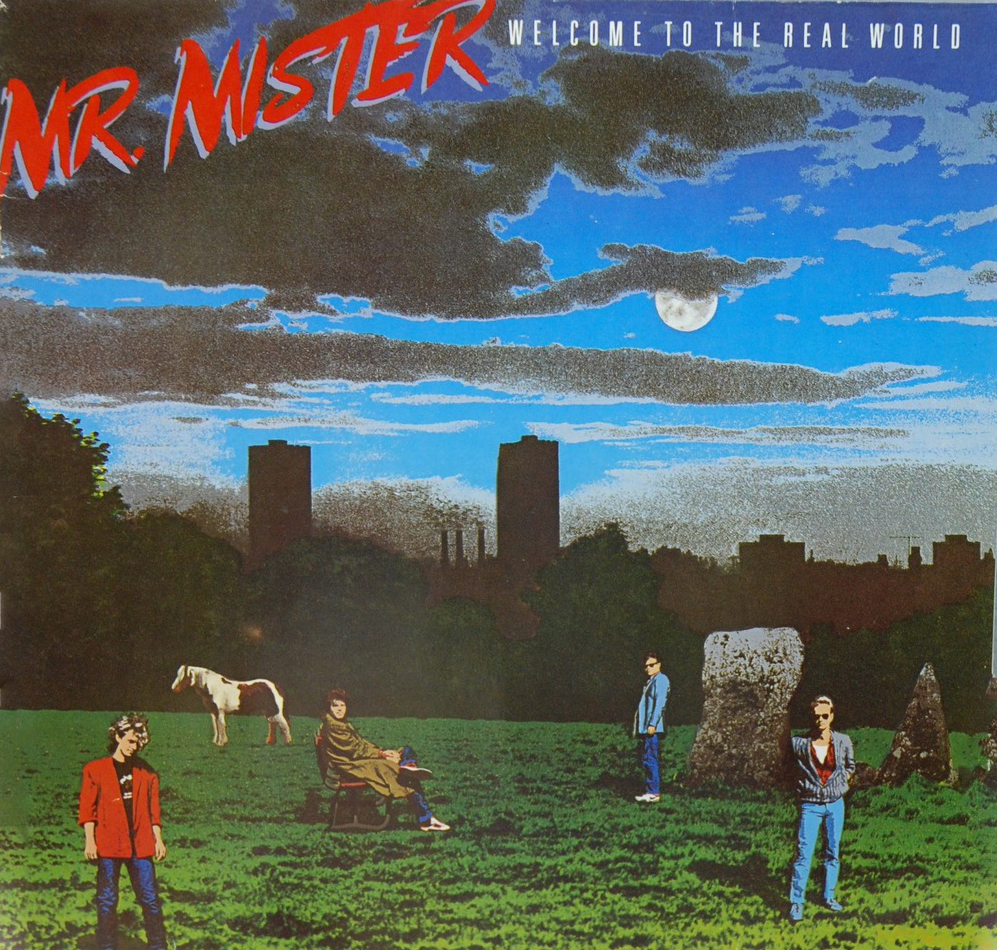 Purchase Welcome to the Real World on CD on Amazon