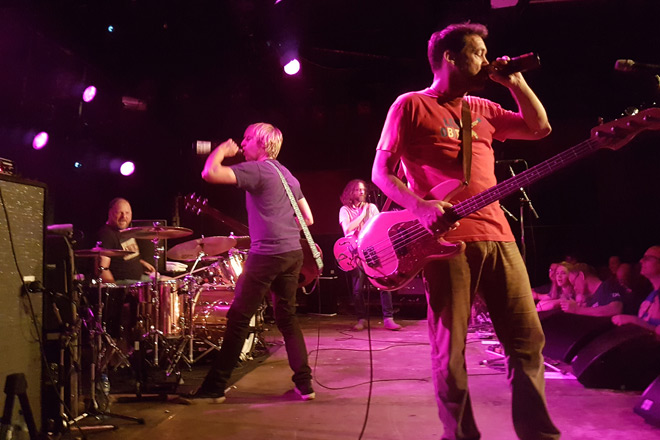 While some Rock-n-Roll lovers may be under the impression that original, gritty ’90s Alternative Rock styling no longer exists, one of the very first to begin the era, Mudhoney, has continued to appear in random significant places throughout the years to this day. With a brand new album due out later in 2018, their first since 2013’s Vanishing Point, on Friday, January 19th, they kick off the new year with their latest live album, LiE, via longtime label Sub Pop.

Recorded during their European tour in 2016, and taken from various cities visited along the way, it tells the story of an amazing trip for Seattle, Washington’s Mudhoney. As far as a well-put-together live album goes, the most exciting tends to be from one festival with few edits and raw but clean sound featuring live commentary between the song for a very natural effect.

Ironically titled LiE, this album features a very edited eclectic group of live songs from Mudhoney’s discography. On one hand it can be said that this album is a good mix in terms of variety, but on the other hand it almost sounds like a roughly recorded “best of,” which, in a way, can tend to blend in with the already raw distorted sound that Mudhoney is known for.

Before going any further, let us examine the rich history of this great band. Way back in 1987, after the band’s key members – Singer/Rhythm Guitarist Mark Arm and Lead Guitarist Steve Turner – exited Green River, Mudhoney would be born sometime at the start of the following year. Releasing their debut self-titled album in 1989, Mudhoney would be one of the first to birth the Grunge sound out of heavily distorted guitar. In fact, today they are still a heavy influence on Stoner and even Psychedelic Rock bands because they also have always precluded with that sound in the mix as well.

This little backstory in mind, LiE starts off with the very deafeningly distorted guitar tones on the classic tune “Fuzz Gun.” From here it jumps into more of the same with “Poisoned Water” featuring the unique displaced drumming that resonates between Punk and Alternative Rock in its intention. Then the psychedelic wah based jams that fill “The Final Course” showcases Mudhoney’s utmost instrumental integrity, taking the listener on a wild exploration into the method and the mind behind the band. From there on out with “I’m Now” to “I Like It Small” and “Suck You Dry,” the tunes get shorter in length with dominating Punk beats.

The final tune, “Broken Hands,” on the eleven track live record, is over seven minutes long. Coming from 1991’s Every Good Boy Deserves Fudge, it reigns true to the nitty gritty Grunge elements that became popular with such bands as Nirvana and Pearl Jam shortly thereafter. Thankfully for fans, Mudhoney has managed to survive the ever-changing times and remain true to their roots with their original lineup minus Bassist Matt Lukin. Their first non-bootlegged live album serves best as an appetizer for what lies ahead. The greatest achievement of Mudhoney is that their sound surpasses the test of time and will always be signature to them no matter how many try to theft on the style. For this and the fact that they still are top candidates to entertain in a live setting, CrypticRock gives LiE 3.5 out of 5 stars. 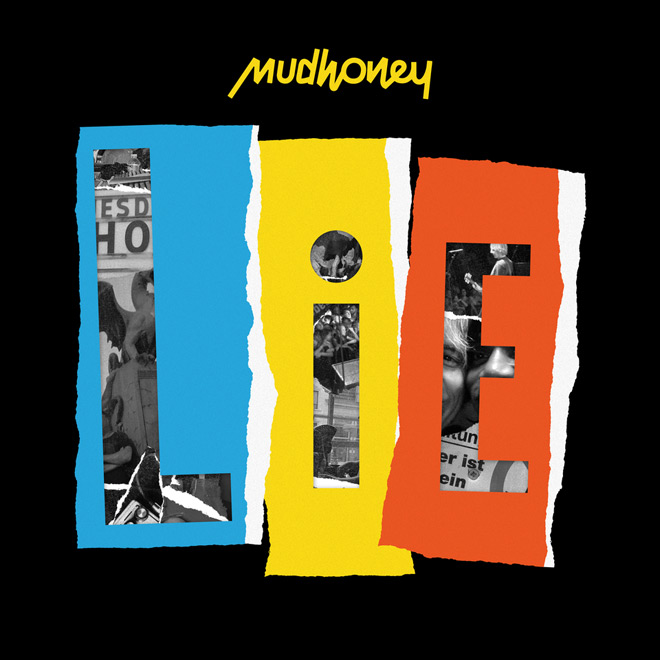 Lacuna Coil – Live From The Apocalypse (Live Album Review) Motörhead – Louder Than Noise…Live in Berlin (Live Album Review)
Like the in-depth, diverse coverage of Cryptic Rock? Help us in support to keep the magazine going strong for years to come with a small donation.