The Mummy – 85 Years After Opening The Tomb

Made ten years after the discovery of King Tut’s tomb in the Valley of the Kings, Karl Freund’s The Mummy breathed new life into the term mummy and the possibility of a stolen treasure curse. Having played multiple roles of a sinister supernatural being, it was perfect to choose Boris Karloff (Frankenstein 1931, The Black Cat 1934) to play one of the most romantic Horror characters of all-time, the Mummy. This wonderful film revels in the true horror in the mysteries of ancient Egypt and arrived to scare audiences across the U.S. on Thursday, December 22nd back in 1932. 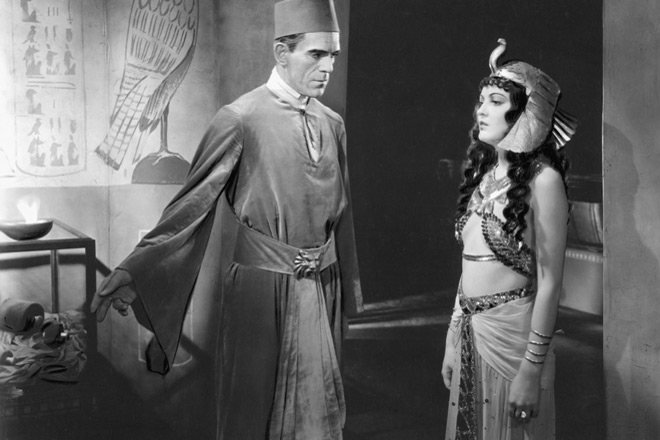 The story takes place more than 3700 years after High Priest Imhotep has died. Disguised as an Egyptologist, he falls in love with Helen Grosvenor (Zita Johann: Tiger Shark 1932, The Sin of Nora Moran 1933), a woman who has been reincarnated after the death of a high priestess from over 40 centuries earlier.

Gaining inspiration from the discovery of King Tut’s tomb in 1922 and the legend of the curse of the pharaohs, Producer Carl Laemmle Jr. (All Quiet on the Western Front 1930, Bride of Frankenstein 1935), gave Story Editor Richard Schayer the task of finding the perfect literary novel to best set the tone for an Egyptian-themed Horror film. He had high hopes that this film would do well, just as its Universal Studios predecessors, 1931’s Dracula and Frankenstein had done in the past. Though he would not have any luck finding a story bearing the same criteria that Laemmle Jr. had asked for, Nina Wilcox Putnam and Schayer would write a nine-page story that would eventually make the framework of this timeless classic.

The story would be about a magician from 3000 years ago in San Francisco who survives by injecting nitrates into his body. This would be drastically different from what would be the future treatment of the story in which Imhotep survives under supernatural causes. Laemmle was pleased with the work of his colleagues, then pushing the project forward and having John L. Balderston write the script since he had done extensive work on both Dracula and Frankenstein. He had also covered the opening of King Tut’s tomb as a journalist for the New York World at the time. Having been a part of this, it gave him just enough insight into the matter to create the perfect script for the then future film project. 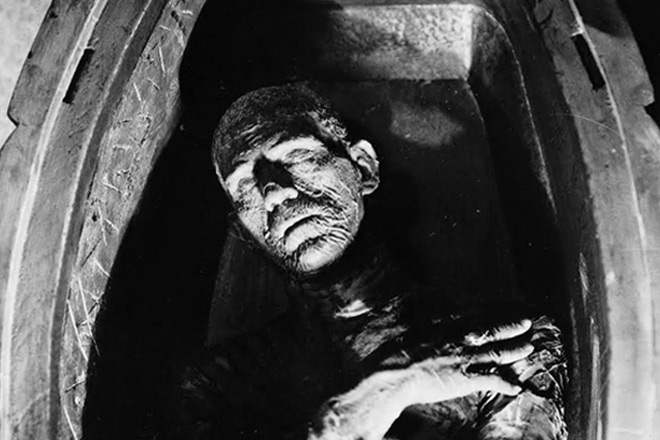 Balderston would make a series of changes that would reflect the current masterpiece we would come to appreciate today, such as moving the story to Egypt and renaming the title of the film and it’s character Imhotep, after the historical architect. Other changes would also be made such as instead of killing everyone who resembled his ex-lover, the character would be on a quest to revive the love of his life by mummifying her modern body with the spell of the Scroll of Thoth, an idea Balderston would create to give an authentic quality to the film’s story.

Ready for the next step, Freund would then be asked to direct the film after his extensive cinematography success with Dracula. This would however be his first time actually being in the front seat as a director of a film, not on the sidelines where in the past Freund had done work on Fritz Lang’s 1927 film Metropolis, and would later be a photographer for the beloved TV series I Love Lucy.

When casting for The Mummy, Zita Johann was chosen for the role of Imhotep’s love interest and even named her own character Ankh-es-en-Amon after the only wife of King Tut. Though the body of his wife was never found, she was a very well-known figure during the time period and was no doubt the talk of the town during King Tut’s reign.

During the filming process, Karloff would spend the next few days filming his awakening from the sarcophagus, in which he would describe this to be one of the most trying times he spent for the filming of one character. Makeup Artist Jack Pierce would stick gum to Karloff’s face to make the imitation of the mummy true to life. Karloff would take up to two hours to remove the mummy makeup from his face which was made of cotton, collodion and spirit gum. Clay would be attached to his hair, with additional linen bandages applied to his entire body that were treated with acid and burnt in an oven. The whole process would take until 7 pm where he would then act-out his scenes. A testament to Karloff’s dedication as an actor, it still remains one of the most iconic images in Horror to date. 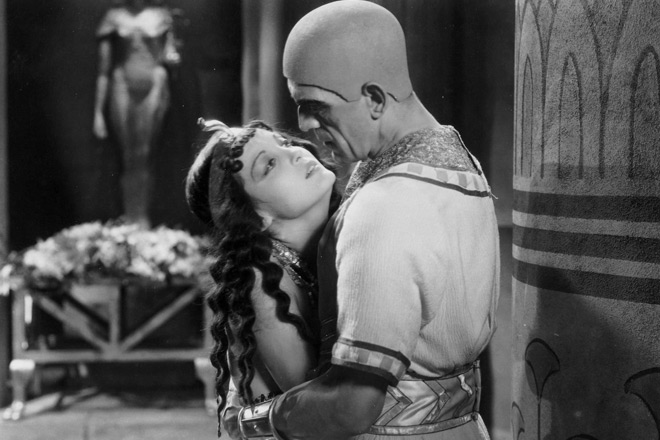 Showing the story still has validity in modern cinema, talks of a reboot started in 2012 and resurfaced in January of 2016 where Universal stated it wanted to take a renewed focus in the Universal Monster film franchise. Doing just that, on June 9, 2017, The Mummy was released to mixed reviews, leaving the Universal Pictures’ Dark Universe projects in jeopardy.

As for 1932 original, The Mummy remains one of the most treasured films of the Hollywood Golden Age. Wonderfully shot, it featured Karloff at the top of his acting skills, and is the ultimate template for which mummy-themed films strive to imitate. Even 85 years later, it is a cinematic marvel everyone needs to see. 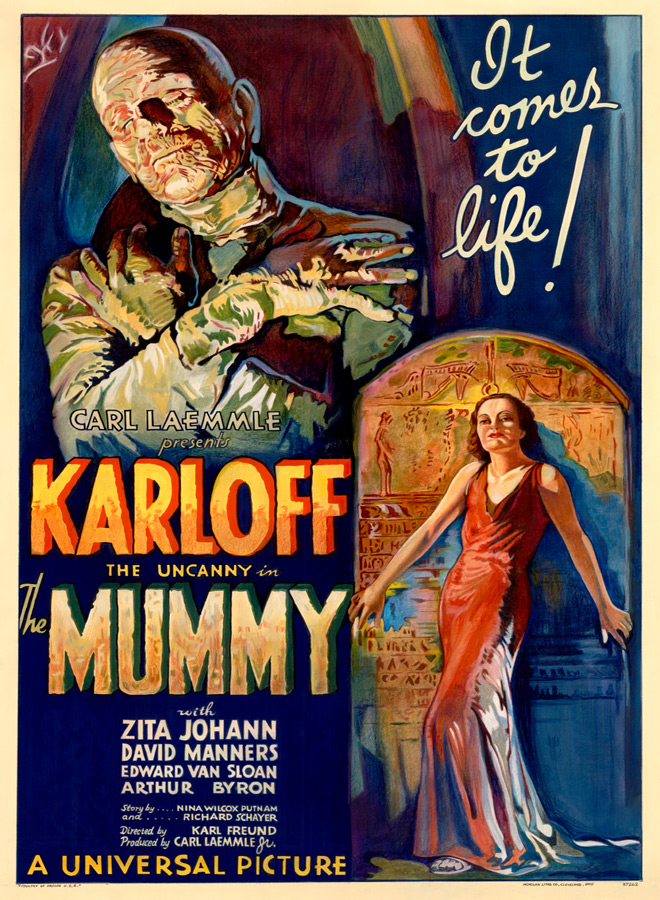