Universal Studios’ 1932 classic The Mummy, starring legendary Actor Boris Karloff (Frankenstein 1931, The Bride of Frankenstein 1935), was a benchmark that heralded the studio’s era of the classic monsters that ran from the late 1920s through 1960. 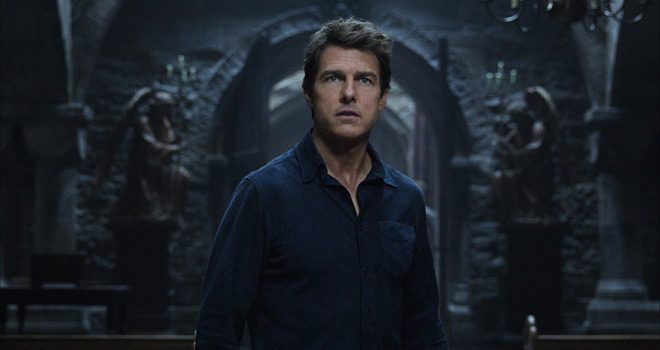 Separate from The Mummy trilogy from 1999’s The Mummy through 2008’s The Mummy: Tomb of the Dragon Emperor starring Brendan Fraser, Universal has decided once again to resurrect their classic monsters for a new generation with a new film simply entitled The Mummy. The first installment in a whole new world called the Dark Universe, it is a place where the monsters will live in the same timeline. Compelling, the reboot came to fruition on June 9, 2017 when the film dropped in theaters in the United States.

Calling on Alex Kurtzman to direct and produce The Mummy, it is only his second directorial gig with his first, 2012’s People Like Us, a dramedy vehicle. A bold move, stepping into Horror is doable, but he chose a well-loved character with a lot of history, and with this film being a tentpole in a much larger plan, is a daunting task to undertake. That said, Kurtzman, a highly accomplished producer, tackles the project with a modernized Horror angle as opposed to the tragedy of old.

Tom Cruise (Top Gun 1986, Mission: Impossible 1996) stars as Nick Morton and friend Chris Vail (Jake Johnson: Neighbors 2014, Jurassic World 2015) team up for a buddy relationship in a throwback to 1981’s An American Werewolf in London. Different from the original The Mummy film, this mummy is a female played by Dancer/Model/Actress Sofia Boutella (Kingsman: The Secret Service 2015, Star Trek Beyond 2016) in a combination of the ancient Egyptian goddess, Amunet, and Imhotep. Russell Crowe (Gladiator 2000, A Beautiful Mind 2001) plays Dr. Henry Jekyll in the latter part of the film and each of them look like they were having fun while bringing their A-game to the screen. 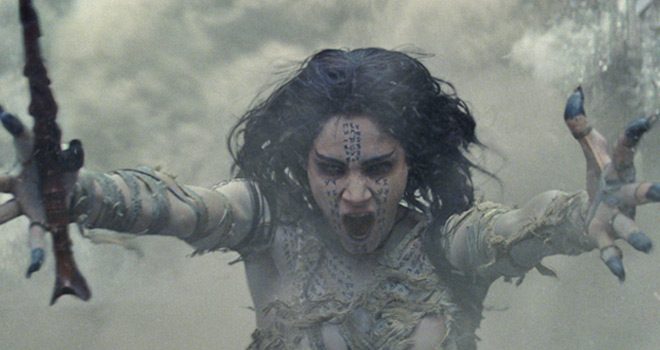 Aesthetically, all Cruise-led films as of late have the same look with muted colors, leaning towards a gritty earth tones pallet regardless of the director or the film shooting location. In The Mummy’s case, it was the deserts of Nambia along with shots from England. This makes his films easily recognizable, or perhaps visually boring, because of the similarities. However, this pallet helps sell the ancient feel of the film, at times looking like the painted scenes in some of the silents of old.

To his credit, at 55, Cruise still pulls his own stunts, which are spectacular to see while exhibiting the cockiness he always seems to imbibe in his characters even when he is running like hell while Boutella’s Algerian-French lineage helps her sell Princess Ahmanet. Her mummy has menace that is metaphysical and physical…and she makes it look sexy. Furthermore, other Universal monsters made cameos in the film such as the Creature From the Black Lagoon’s skull which can be seen in Jekyll’s lab.

Pace-wise, the slow burn of the original Mummy film is replaced with dropping us into the action. Slower moments are used for exposition and character building, which might be needed to get the new generation up to speed, who might not know the original or the aforementioned Brendan Fraser films, which was more Comedy with some Horror thrown in. But, fear not, fans of that iteration, 2017’s The Mummy gives those films a nod with the inclusion of the Golden Book of Amun-Ra. 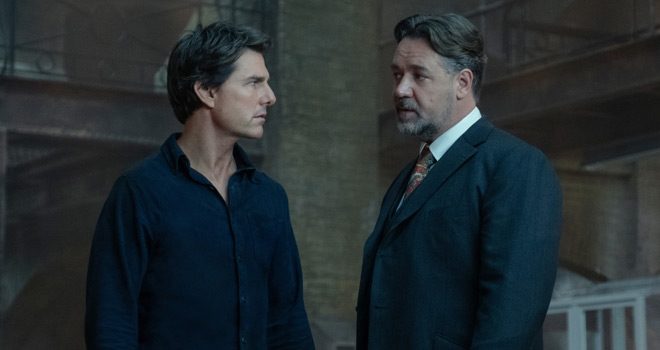 Ultimately, with an estimated budget of $125 million, it is all on the screen from the opening sequence to the surprise climax for better or worse. Although The Mummy has received negative reviews from critics, it still grossed over $392 million worldwide, and is considered a disappointed with the caliber of the leading man chosen. Even still, it is highly entertaining and that is why CrypticRock gives The Mummy 4 out of 5 stars. 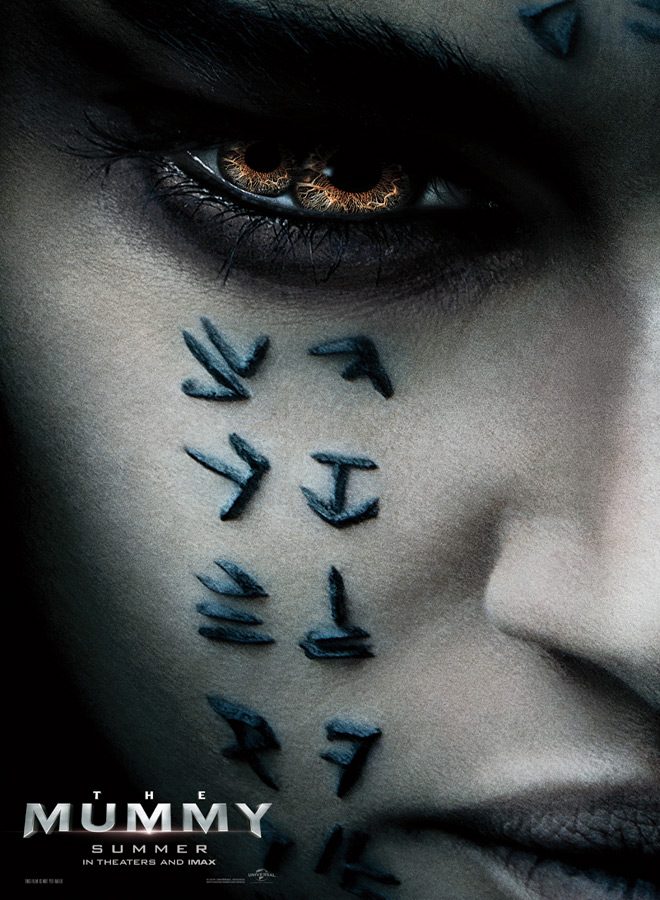