MUNA – About U (Album Review) 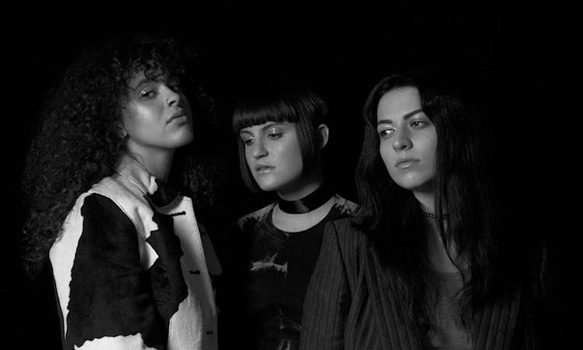 Forming out of the University of Southern California in 2013, Katie Gavin (vocals), Josette Maskin (guitar), and Naomi McPherson (guitar) would join forces to create the band known as MUNA. Meshing their influences ranging from Ska to Progressive Rock and Pop together, they self-released their debut EP, More Perfect, in 2014. Unique and experimental, they soon drew the attention of RCA Records, going on to sign with the label and release their Loudspeaker EP in 2016. Now, with a promising future, MUNA has officially arrived on the scene to deliver their own brand of electric and eclectic sounds with their anticipated debut album, About U.

Cultivating a sound that has been coined as Dark Pop, the band has garnered the attention of many, including fans of ’80s Dance and Pop styling. Now releasing About U on February 3rd, MUNA is trailblazing their own way into the mainstream eye of music and Indie Pop lovers everywhere.

With focus on topics anywhere from love, to friendship, forgiveness, heartache, and reconciliation, their debut album is a like an intimate look into the experiences of the artists. Opening with the moody vocals of Gavin on “So Special,” it is a song that balances synth and watery sounds, inspiring a very ’90s Pop texture. Mild and welcoming as an opening track, the more upbeat 2016 single “Loudspeaker” focuses on truth and self acceptance. Blending a groovy guitar track with Dance beats and echoing vocals, “Loudspeaker” invokes the spirit of long summer car rides and fun with friends.

Then there is “I Know a Place,” which is not a call to arms, but rather a call to surrender. “Lay down your weapon” sings Gavin to the sounds of a heavy synth beat and drum track, making the message appear more about acceptance and forgiveness than heartache. Following is slower and less cheerful “Winterbreak,” which again brings to mind the sound of the ’90s, ala Dido and the Cranberries. Mellow and sleepy, it is a sweet, yet emotional lullaby-like piece, making it both melancholic as well as relatable.

Taking it back to a faster pace, “Around U” comes on strong, building momentum with cleaner vocals and more of a snap to the beat. With a more Pop tempo, but dreary tone, the track calls out for love lost. A transitional moment, “After” slowly unravels and hits like waves on the shoreline. With droning, emotive textures, the song seems to be a journey into the aftermath of a breakup or coping with a heartfelt loss of sorts. Immediately following, “Promise” works as a happy medium of highs and lows which make up About U, settling pleasantly in the middle musically.

Plunging right back into the depths, “If U Love me Now” is sad, but hopeful, offering light into the dark sea of its sound. Meanwhile, “Crying on the Bathroom Floor” is the most reminiscent of ’80s nightclub tones, while also being possibly the darkest and most potent song of the album. Completely a throwback, it is very headstrong and honest, making it also the strongest offering of About U. Following a similar approach, “End of Desire” is a bit faster and more uplifting.

Dialing it back a notch in intensity with a more contemporary mix, “Everything,” ringing out with a powerful chorus singing “Everything is about you to me,” is a declaration of love while being apologetic. Last, but not least, “Outro” streams in like trickling water, calm and echoing in its rapture, bidding a final farewell.

All in all, MUNA has made an album that utilizes Pop’s powerful aspects. Alchemizing the sound of the ’80s nightclub with ’90s Indie Pop and today’s own Contemporary, About U is an album that showcases innovation along with creativity. That said, its final output is beyond that of a band’s full-length debut, assuring MUNA has a bright future. CrypticRock gives About U 4.5 out of 5 stars. 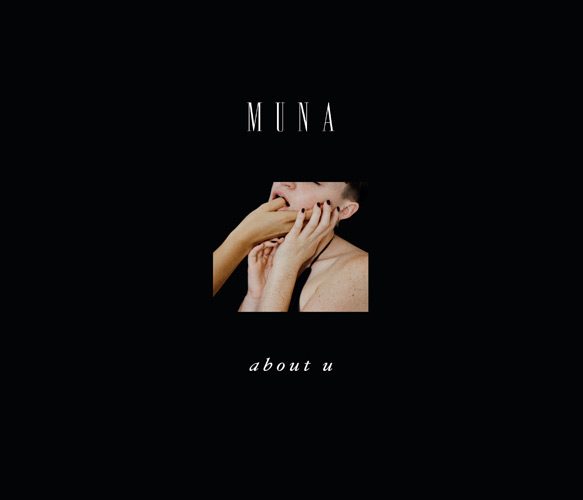