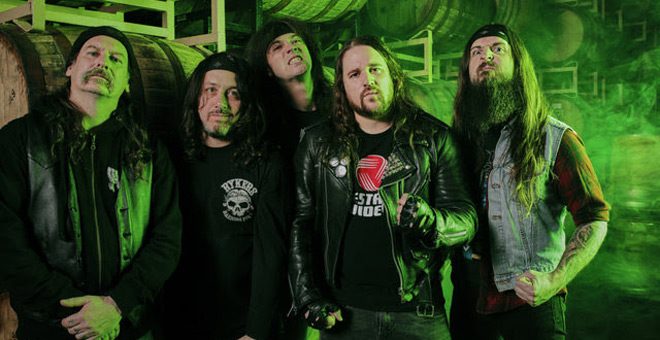 At the turn of the century Thrash Metal made a special adaption and exploratory merging into the world of Hardcore Punk, sprouting the very influential crossover band Municipal Waste. In theatrical terms, Municipal Waste can hold a strong comparison to the Theatre Of The Absurd with its humorous political antics among other amiable traits. The fast and ferocious riffs with rapid Punk infused vocal stylings containing hilarious angst politically driven lyrics are signature to Municipal Waste.

Reaching out from thirteen years of continuous ladder climbing, the Virginian band are ready to dish out their sixth studio album cleverly titled Slime and Punishment on June 23rd, 2017 via their label Nuclear Blast. Their first studio album in five years, members who rock the credit on Slime and Punishment include Tony Foresta on lead vocals, Ryan Waste on guitar, Philip “Landphil” Hall on bass and backing vocals, Dave Witte on drums, and Nick “Nikropolis” Poulos, their newest member, on guitar.

As usual, Slime and Punishment bares no shortage of tracks, coming in with a total of fourteen, all of which span over less than two-minutes and forty seconds long. This in mind, the listener could blink and miss an entire song if they are not careful. While Slime And Punishment pulls off a worthy feat, it seems to grace the public with its angry face forward which in turn pushes the witty humor back a notch. This minor loss of steam has inhibited their utmost capabilities in such a way that it becomes a bit of a snoozer from previous works. The positive side, the more serious direction they have taken is very reminiscent of old school Hardcore Punk, but with the crash and thrash of modern day that is a very exciting as well as relevant notion that has withstood the test of time.

Starting off the album like an ostrich on a food hunt and kill after a two day fast is “Breathe Grease” with its stench of glory. Jumping into a short and sweet riff-happy tune, “Enjoy The Night,” they then pummel into a Thrash guitar attack on “Dingy Situations” with a wild and inspired tone. Bringing more goodies, “Poison The Preacher” is full range angst and gore, just the way fans enjoy it, while the longer “Bourbon Discipline” is a righteous tune to mosh and rage forth with as the rapid fire drumming takes it to the next level.

Midway through, one of the more creative tracks, “Parole Violators,” churns in the riot war Punk infused vocals, bringing in some added vocal effects that really turn on the charm and humor that is vital to a successful Municipal Waste album. Moving on to the title-track, they leave no stone unturned with more of the same riffage and gets in some noteworthy creative solo work towards the end. Then there is “Excessive Celebration,” which is a Punk fest to the max, and calling it fast is an understatement. Hailing with the longest title, “Under The Waste Command,” not too much excitement is had and no vocals are expressed at all, but it still offers a spunk to it that only Municipal Waste can pull off. This leads to the grand finale of “Think Fast,” a catchy tune that rounds out the album nicely with its sporadic vocals and tasty riffs.

Breaking down a Municipal Waste album can only go so far without the added effect of witnessing Tony Foresta’s stage presence since he will always be the essence and heart of the band with his wildly entertaining live antics. A live tour in support of this will only enhance the already successful career they have attained. All political views considered, CrypticRock gives Municipal Waste’s Slime and Punishment 3.5 out of 5 stars. 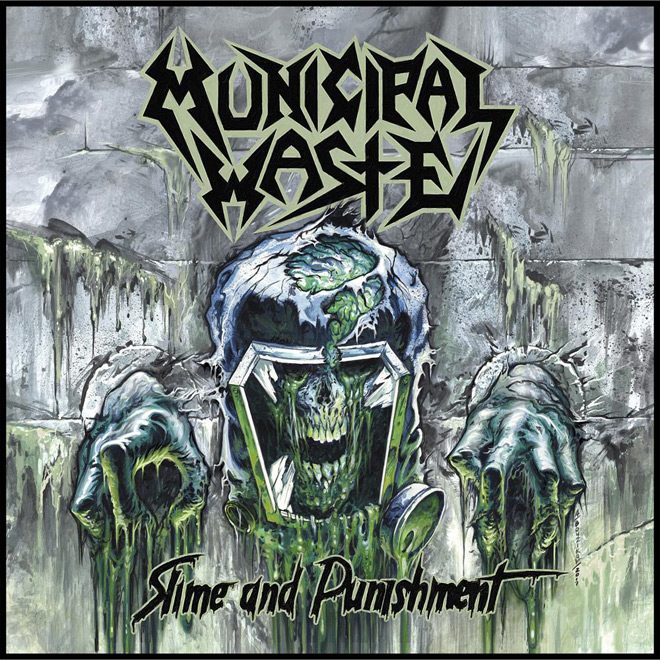