Having made its World Premiere at the 2017 Women in Horror Film Festival back in early October of 2017, where it won the Indie Spirit Award, Murder Made Easy is a Murder Mystery filled with a macabre sense of humor. Directed by David Palamaro (In Heaven There is No Beer 2012), the writing credits for this Agatha Christie-style Murder Mystery goes to Tim Davis, producer of 2011’s WWE Tough Enough. 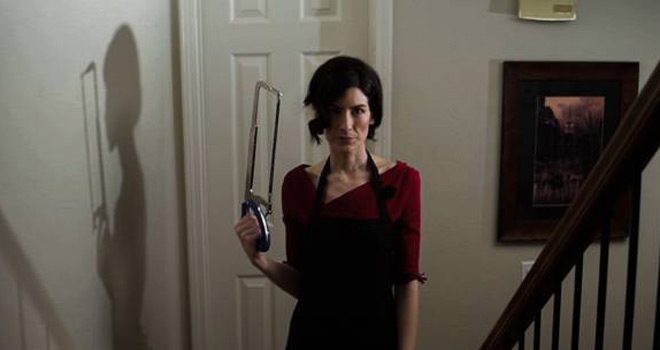 In enough words, Murder Made Easy is one of the best Murder Mystery movies in some time. With a minimal cast, including Daniel Ahearn (No Love Song 2013) as Damien, Sheila Cutchlow (The Wire 2006, Atypical 2017) as Angela, Edmund Lupinski (Reverse Parthenogenesis 2012, Hello, My Name is Doris 2015) as Marcus, Paul A Rose Jr. (Killer Defense 2016, In Tune 2017) as Henderson, as well as Emilia Richeson (The Art of Being Straight 2008, Psycho Sleepover 2008) as Cricket, this story encompasses a young couple looking to find a new start in life. In dire need to make their dreams come true, they stop at nothing to make their future happen sooner than later. Will they succeed, or will their ill-thought actions blow up in their face?

With a menu to make introductions, this tiny detail makes Murder Made Easy a quick favorite and every course marks a murder in the story. Michael (Christopher Soren Kelly: Ink 2009, Infinity Chamber 2016) and Joan (Jessica Graham: Monkeys 2015, The Tangle 2017) take the center stage as the couple looking to start a life together. Nothing too strange or out of the ordinary, except for the fact that Joan is a widow and Michael was her boyfriend’s best friend. The duo decide to invite all of their friends over for a memorial dinner to celebrate the one year mark of the boyfriend’s death, just a little morbid. 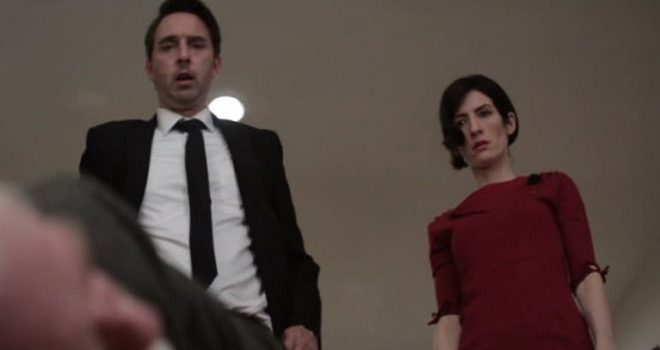 How about the storyline of Murder Made Easy one may ask? Well, it is pretty decent with no holes or moments that make the audience question “what just happened here?” As with any good Murder Mystery movie, there are victims with interesting anecdotes. Here, each character has a unique back story, and since each is introduced case by case, it makes the viewing experience all the more interesting. Interestingly enough, none of the murders that take place are horrific or extremely gruesome. Poetic? Not hardly, but they get the job done. One of the most notable elements in the movie is the way they keep on referring to the previous boyfriend. The boyfriend is very much a character even though he was not in the film.

As the murders go on, the audience could only imagine what is in store for the ending. In most Murder Mysteries, there is always a great twist at the ending no one sees coming. Murder Made Easy has that, and the surprise twist ending was a pretty good one. Again, nothing out of the ordinary for a Murder Mystery, but that means it is on point with its theme. 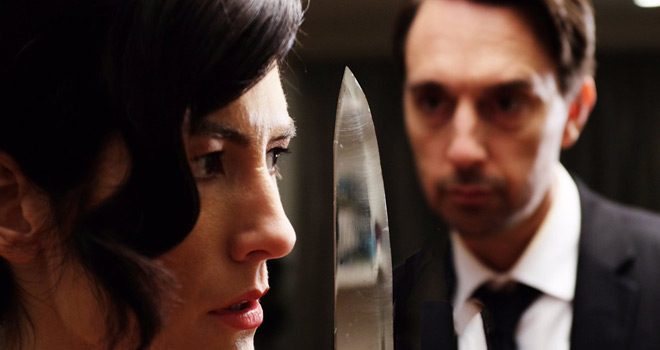 Overall, Murder Made Easy is without a doubt a good movie. That said, it is one of those movies that can only be watched once. Yes, the acting is pretty good, especially for an Independent flick, but it does not have any key points that you would want to replay. It is a murder mystery, and once the mystery is solved, there is nothing much to see. This is not at all a knock, just a fact of a film of this time. Perhaps the film could have benefited from a little more humor, sure, it does have some dark humor, but still not enough. For a good solid storyline and believable acting, CrypticRock gives Murder Made Easy 3 out 5 stars. 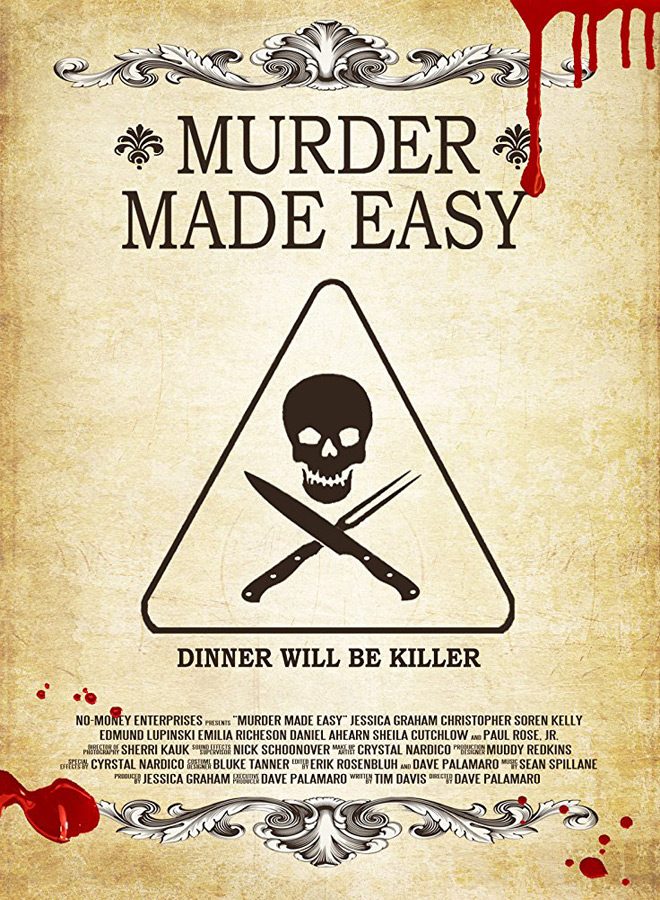