Murders in the Rue Morgue – A Cinematic Gem 85 Years Later

Historically speaking, the world’s first detective story was written by the master of the macabre Edgar Allan Poe, published back in 1841 under the title The Murders in the Rue Morgue. A piece of American literature history, the short story has been adapted many times over, and then, on February 21st of 1932, hit the silver screen under the name Murders in the Rue Morgue.

The first full-length feature adaptation of the story, it was one of many Universal films meant to shock, horrify, and impress in the early years of movie-making. Baring little resembles to Poe’s original story, the film starred the biggest actor in Hollywood at the time including Bela Lugosi in his follow-up role to 1931’s Dracula.

Produced by Universal Pictures’ President Carl Laemmle Jr., son of the founder of Universal, it was directed by Robert Florey (Alfred Hitchcock Presents series, The Beast With Five Fingers 1946) in the experimental New Expressionist-style made famous by German filmmakers. Today, Murders in the Rue Morgue is a beacon of glorious movie history that continues to influence art and culture as it celebrates its 85th anniversary. 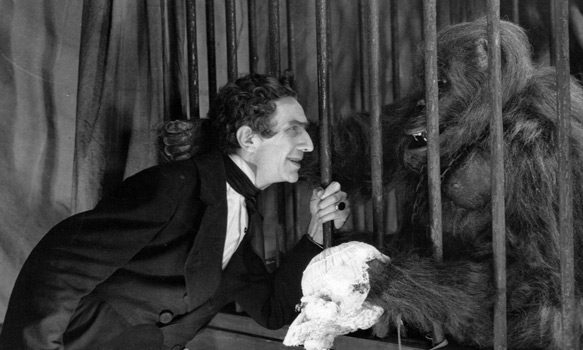 Originally, Lugosi and Florey were slated to make 1931’s Frankenstein. Rumor is that when Lugosi was given the role of Frankenstein’s silent monster, instead of Dr. Frankenstein, he refused and both men were given Murders in the Rue Morgue as a compensatory package.

Despite Lugosi’s infamous career, how incredible would it have been to see him as either character in Frankenstein? Of course, then we would not have had the rise of fellow Horror icon Boris Karloff, who had his breakout performance as the Monster. Murders in the Rue Morgue did not enjoy the box office success of Frankenstein at that time; but it has since been rediscovered and admired for not just the story, but its artistic value through Florey’s direction and the cinematography of camera pioneer Karl Freund.

It is a shame that the movie did not play better to its audiences, given the impact of Poe’s story on fiction for the next 100 years and beyond. Sherlock Holmes, Poirot, and every detail-oriented detective since have come at least indirectly from Poe’s character, Dupin. Even Batman has his roots in Poe’s stories. The film was loosely-based on the story, though it strayed from the original story’s plot until close to its ending.

Like many more contemporary movies, political and societal narratives were added to the plot to make it more relevant. The source material focuses on informal detective Dupin, who takes it upon his own massive intellect and ego to solve the brutal murders of two women on the Parisian street named Rue Morgue. Bela Lugosi’s “Dr. Mirakle” is the focus of the film, as he attempts to prove a link between man and ape by injecting virgin women with ape blood. In the end, it does a disservice to Poe’s original story by shifting attention off of the mystery to the villainous actions of a character never mentioned in the text. 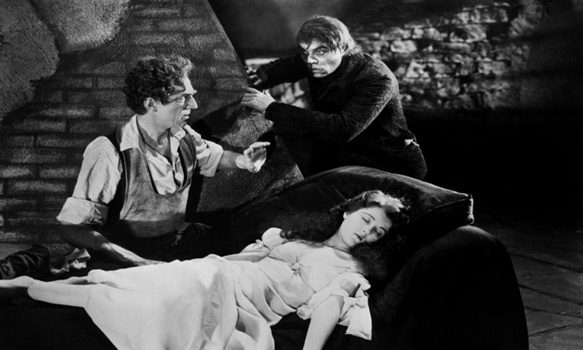 Viewers would not be remiss if they paused on the previous description to ponder on the implications of the film’s message. Research does not turn up a lot of analysis on Murders in the Rue Morgue‘s societal and political views. Much of it was overshadowed, it seems, by 1930’s overtly racist Ingagi and other extreme examples.

Evolution was then, as now, a hot topic, and despite the anachronistic term “evolution” not being associated with the theory until after the events of the story, it is the driving motivation for Dr. Mirakle. His henchman, Janos the Black One (Noble Johnson: The Ten Commandments 1923, Moby Dick 1930) and his ape Erik (famous gorilla-suit actor Charles Gemora) are at best, thinly-veiled parallels to the “evil of blacks.”

The rejection of ape blood by virgin white women is the rejection of the theory of evolution and another warning against interracial mixing. 1933’s King Kong has had similar accusations leveled at it, but Murders in the Rue Morgue ended with Erik the ape carrying a beautiful, helpless white woman across the rooftops of Paris a whole year before Kong‘s release.

Beyond Lugosi, the movie starred Sidney Fox (Merry-Go-Round 1932, Midnight 1934) as Dupin’s coquettish love interest Camille L’Espanaye and effectively launched the careers of two other actors: Leon Ames, credited as Leon Waycoff (Meet Me In St. Louis 1944, Mister Ed series), playing Pierre Dupin, and Arlene Francis (What’s My Line series, The Match Game series) got her start as the Woman of the Streets whom we see Dr. Mirakle abduct and chain to a cross.

Despite the change in story, Lugosi is delightful in his fixated, creepy delivery of Dr. Mirakle. Like his contemporaries Lon Chaney, Boris Karloff, and Vincent Price, he had the face and voice to pull off spectacular shots full of gravitas and menace. The film does not provide much opportunity for the other actors, though Ames’ Dupin was interesting and full of potential.

Interestingly enough, even though Murders in the Rue Morgue was shot pre-Code (Motion Picture Production Code), Universal cut the film by 19 minutes to exclude sequences that were deemed too violent, such as the actual act of chaining the prostitute to the cross. It is unclear whether any of those cuts have survived, but it would be fun to see it worked back in, a la the remastering of 1927’s Metropolis, another expressionist film of the era. For a movie that includes seeing a body that has been stuffed up a chimney – something also iconic to the short story – the studio’s decision is disappointing for classic Horror fans and would have added stronger emotional impact to Lugosi’s character and the audience’s connection with the victims. 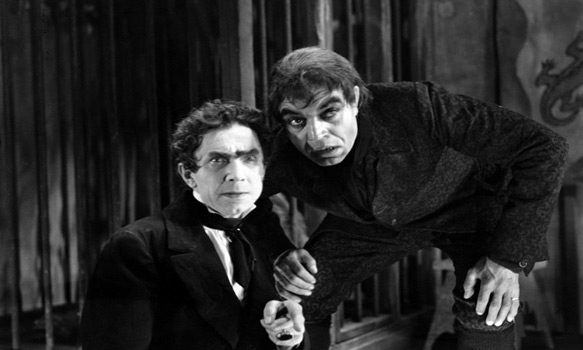 Overall, Murders in the Rue Morgue was and still is a testament to the longevity of Horror and detective stories. It provides a fantastic antagonist and dark atmosphere set off by Expressionist freak shows, shadowed dungeons, and streets shrouded in fog. Many of these elements are still used in modern films, with jarring expressionist themes a staple of manipulating audience psyche—from sets, to costuming, to music.

Unfortunately, racism still exists and Hollywood is often drilled for alleged whitewashing of everything from movies to award ceremonies. Murders in the Rue Morgue manages to both exemplify society’s continual injustices and reaches to the present day with both story and moviemaking techniques that have been built on its foundations.

For allowing audiences a morbid dive into the ghastly sublime of (previously) mad science and for providing invaluable contributions to cinema history, Murders in the Rue Morgue remains an iconic film even after 85 years. 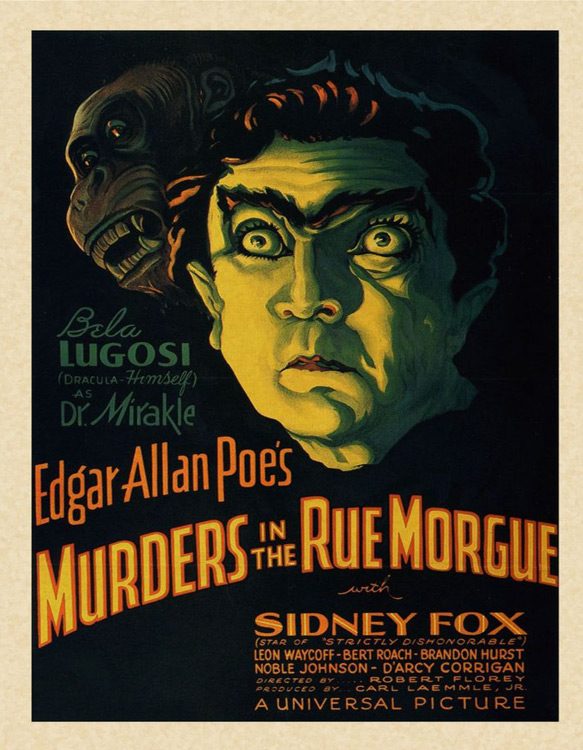