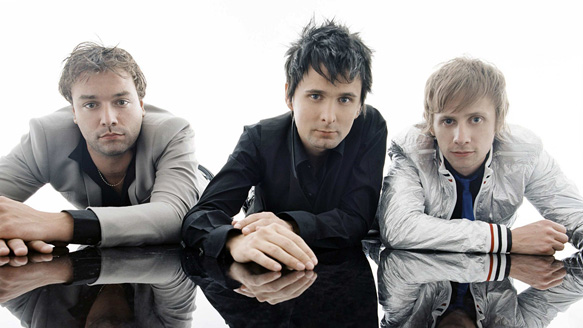 It is hard to believe ten years have passed since British Rockers Muse put out their fourth studio album, Black Holes and Revelations. After being released on July 3, 2006 in the U.K. and followed by releases in the U.S., Australia, Taiwan, and Japan, the album has garnered plenty of praise, being named Album of the Year for 2006 by Planet Sound, placing third in NME’s Album of the Year for 2006, and was featured in an updated 2007 version of the music reference book 1001 Albums You Must Hear Before You Die. Chances are, even the casual listener has heard at least one song from Black Holes and Revelations, unless they had been living under a rock. With that in mind, there is more to this album than the sultry “Supermassive Black Hole,” and its place in Pop culture history as the song that played in Twilight while Edward Cullen, the tamest Vampire in literature and screen, participated in a thunderous game of baseball.

Muse has always held a somewhat specific place in Rock music. Often compared to Radiohead and never shying from the use of synthesizers and a more technological edge to their Progressive Hard Rock sound, the band produced more than just the expected in Black Holes and Revelations. The album is a sort of Opera about a dystopian world, a journey through sounds and landscapes that entices, explores, and offers escape. The bombastic use of guitar and drums, and the sinuous and powerful vocals of Singer Matt Bellamy are ever-present in tunes like “Supermassive Black Hole,” where there is a gravity and sexiness to a tale of women and their celestial nature.

As a cohesive piece, Black Holes and Revelations is more ebb and flows as if offers a sense of urgency in the track “Assassin,” where there is a frantic-ness to the guitar riff accompanied by heart-pounding percussion. It is a song about eliminating oppression and gaining peace. This type of commentary is sprinkled throughout Black Holes and Revelations, which touches on various themes. There is a dichotomy to tracks like “Starlight,” which has a peppy and upbeat sound, but ultimately tells of loneliness and the difficulty of being away from those you love.  And then there is “Invincible,” which has a dream-like quality set against the beat of military drums. It balances the theme of injustice against the theme of hope, two opposing forces that meet time and time again on this memorable piece of work.

Furthermore, Black Holes and Revelations seems to take its cue from historical moments that encompassed tension and fear, and provides a cathartic element to what feels like the end of the world. It is a story that, at times, feels like a horse chase in a post-apocalyptic vast land in “Knights of Cydonia,” or Alien invasions and government cover-ups in “Exo-Politics.” It is at times ridiculous and overblown, but also fun, seductive, emotional, and triumphant.

Showing their diversity, while Muse may be constantly compared to Radiohead, on their fourth album they resemble another U.K. band that created massive operatic and high impact compositions, Queen. This is evident on “Hoodoo,” which is arguably the track that draws the most parallels between the two bands as it features elements of Flamenco guitar, while it transitions time and time again, adding dimension along the way, with a Western feel to a soft, haunting melody and, eventually, a raucous crescendo of Classical piano.

Continuing on, the audience is taken down a rabbit hole of corruption from the very start in the track “Take a Bow,” and now the listener moves into different perspectives and emotions of catastrophe in songs like “Map of Poblematique.” It is as if Muse intends to suspend its audience into a state of disbelief, but the themes in these songs ring true, not only for events of the past, but to the present world. The element of war is revisited at various moments, most notably on the track “Soldier’s Poem,” which speaks of a soldier that questions the need to fight for a country that is falling apart.

Now, a decade later, Black Holes and Revelations still remains an ambitious effort by Muse in theme as well as lyrical and instrumental composition. It is a grand piece of work that one can easily get lost in, each song captivating the listener as they sink further into the band’s tale that feels all too real. Along the way, Muse infuses the album with textured, layered, and more melodic sounds to accompany the over-the-top instrumentation they employ. But, ultimately they managed to create an album that continues to relate, possibly even more acutely, to the current status of the world. With that said, anyone who has not listened to this impressive album, now is a perfect time. 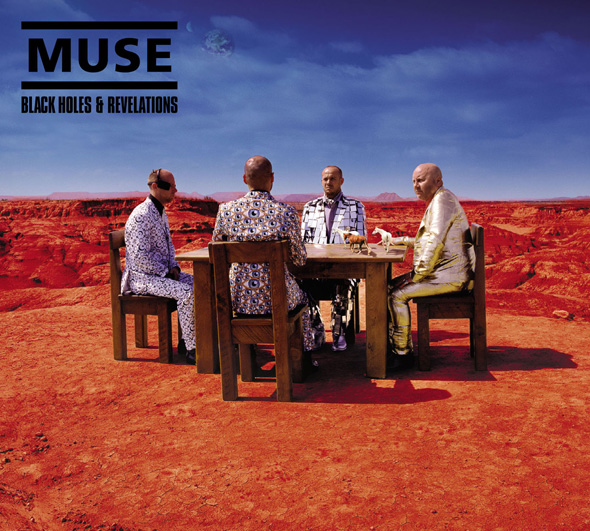