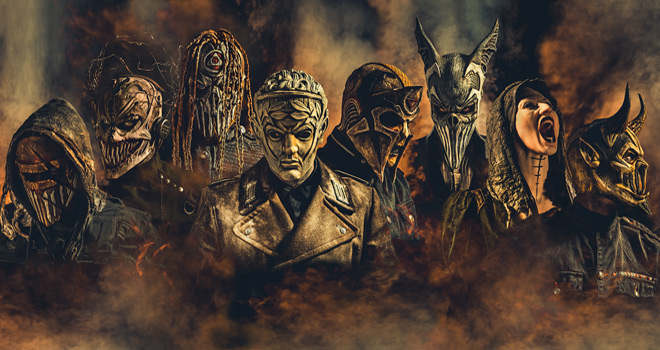 Mushroomhead’s usage of masks, odd costumes, and dynamic, dark Metal have grown their fanbase tremendously over time, but it has been six years since the release of 2014’s The Righteous & The Butterfly and their listeners are rabid. So, at long last, Mushroomhead is set to deliver their new album, A Wonderful Life, on June 19, 2020, through Napalm Records.

Looking back for a moment, formed in the ‘90s in Cleveland, Ohio, by drummer Skinny, Mushroomhead is a band that excels in the world of Alternative Metal. Not signed to a label until 2001, the group self-released three albums, including their debut, self-titled LP in 1995.

With this, their underground following carried them straight into 2001, when they signed to Universal Records and released XX, a compilation of previous, independent releases. They followed this up with 2006’s Saviour Sorrow and 2010’s Beautiful Stories For Ugly Children, which soared to No. 44 on the Billboard charts.

Adapting and progressing through the years, A Wonderful Life features new additions Steve Rauckhorst (clean vocals), Jackie LaPonza (vocals), and Tom Shaffner (guitarist). A lengthy album 17 tracks in total, if you include the 4 bonus cuts, it all unfolds with “A Requiem For Tomorrow,” as a gorgeous procession of choral voices plays before leading into a simple but driven guitar riff. This is capped off by vocals that are gritty and masculine, hellbent on dismantling the status quo. Next, the sounds of the wilderness greet in the song “Seen It All,” capped off with hushed vocals and vicious, slamming drums. Simplistic, sure, but the track slaps back like nothing else with crunchy guitars and its uplifting atmosphere.

Mushroomhead’s latest single off the album, “The Heresy,” is primarily led by Vocalist LaPonza, who displays her wickedly haunting finesse. As the drums clatter and pop against the backdrop of sorrowful piano and distressing synth, the guitars pop in and out, bringing new facets to the already immaculate song. Then things take a turn for the macabre and sinister with “What A Shame,” as the menacing taunt of carousel music circles in the background, layered with grinding guitars and low, slow drums. Here, Rauckhorst and Jmann play dark games in their vocal endeavors before the earth-halting breakdown hits.

Next in line is the perfectly gnarly heabanger “Pulse.” A balance of delicate, even-paced parts led by LaPonza allows the talented vocalist to display her lesser-seen softer, breathier tone while the hard-hitting, rip and tear portions leave everything in the dust. All of this as the track lyrically enters the world of hypocrisy, lies, and religion in a tumult of flowing prose. Meanwhile, “The Time Has Come” is a dramatic masterpiece of burden and foreboding. The vocal performance switches between histrionic and dynamic for Rauckhorst, to the throaty and bloodthirsty stylings of Jmann. And yet the guitar work of Tankx leaves behind a shadow of doom on the hellish track.

“The Flood,” a low, slow, and seductive piece exposes the softer side of Mushroomhead. The singing ranges from gravelly to silken, but it all feeds into the cinematic overlay of the song as twinkling synths and orchestral strings play against the pummeling of the guitar. Next, bringing with it a thunderous dance of guitar and distorted cries, “Sound of Destruction,” one of the bonus tracks, tells a tale exactly as its title states. Ultimately, the sixteenth track, “Another Ghost,” another bonus track, greets the world with rain-like piano and the gentle strumming of acoustic guitar, the sound descending into madness with gritty, pelting guitar riffs and staggering percussion. This is while bonus song “Lacrimosa” and official album closer “Confutatis” are pure choral performances both are immaculately well-done if a bit odd in the overall picture of things.

All these factors in mind,  the four bonus tracks on A Wonderful Life are decent, though they do not supplement very much more to the album. Despite this, A Wonderful Life is a spectacular array of tracks, and many, such “The Heresy” and “The Time Has Come,” breathe a new life into Mushroomhead while maintaining the dark and twisted sound that makes them so iconic. Throughout the collection, the band draw from a variety of influences and strange instrumentation, all of which has created an album of sonic intrigue and dynamic flow.

While some might consider the abundance of their three vocalists to be too much, A Wonderful Life balances and utilizes each singer in flawless fashion. For this, Cryptic Rock gives A Wonderful Life 4 out of 5 stars. 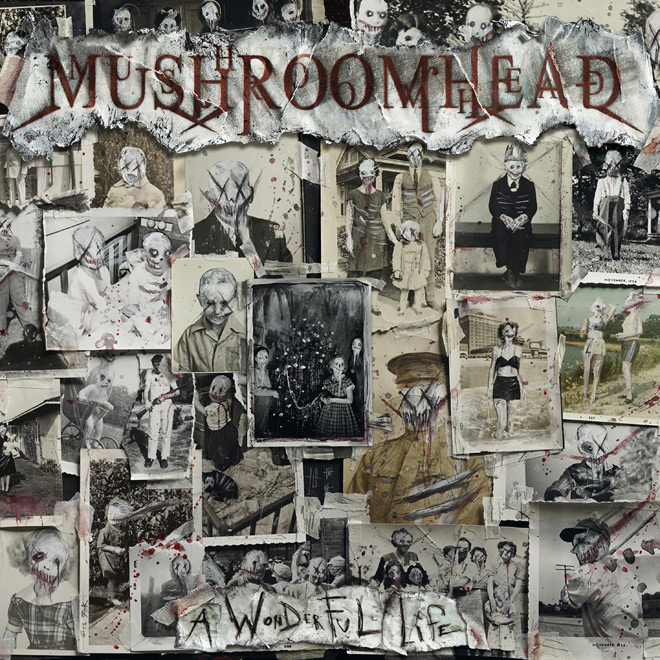