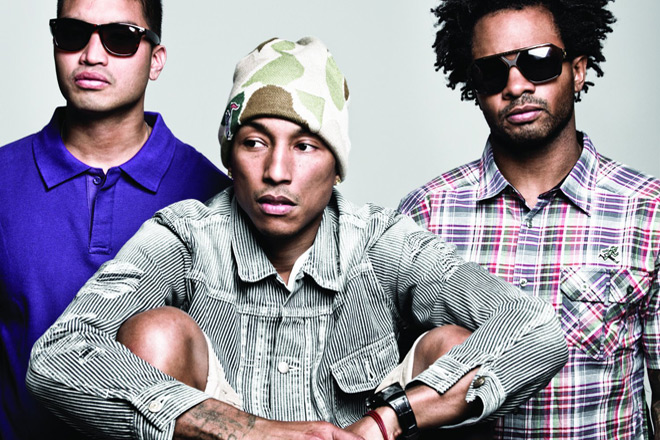 Brewed along the shores of Virginia Beach, N.E.R.D (now known as a backronym for No One Ever Really Dies) continues to spew their genre-mixing Rock-Hop without any creative hesitation. The band isn’t tied down to any specific genre, and it’s proven in their latest release, No_One Ever Really Dies, which became available on December 15th thanks to Columbia Records.

The band has been lurking in the shadows, hinting at the progress of this album back in 2013, though Pharrell Williams had put the band on the back-burner as he worked on other projects. Longtime fans have speculated a return since the release of tracks “Squeeze Me,” “Patrick Star,” and “Sandy Squirrel” for a children’s animation film, The Spongebob Movie: Sponge Out of Water, though he band’s last full-length LP was 2010’s Nothing.

Surprisingly, roughly one month ago, N.E.R.D unexpectedly released their first single in seven years, “Lemon,” which guest features Barbadian singer Rihanna. The band would go on to release two other singles, “1000” and “Don’t Don’t Do It,” prior to the official release of No_One Ever Really Dies, their first release under their new partnership with label Columbia. N.E.R.D have built momentum with their infectious musical style along the lines of Daft Punk, while sharing lyrical similarities with Run The Jewels and Eminem.

The playlist begins with the first single “Lemon” as fast-paced bass pops to an energetic start. Pharrell has stated it was one of the first tracks to come together for the album, and “Lemon” proves a fun and high energy hype track. The same feeling is transmitted through third track “Voila,” which features guests Gucci Mane and Wale. Short, high-pitched guitar licks hit the funky bone in a way that is irresistible to toe-tappers. Just when the Cali vibe hits you, short claps and subtle droplet sounds transform into a Jamaican feel that provides a relaxing ending to the track.

Personal favorite “Don’t Don’t Do It” starts with what sounds like what is cliché elevator music – spunky jazz in a slow tempo, complimented by small clicks. The song showcases Pharrell William’s soft and sensual vocals. A minute in and the bass comes more forward with faster cymbals for a continued pick-me-up. Ultimately, the track follows the Black Lives Matter movement, providing quite a few valid points on the ongoing hot-button issue, while highlighting Pharrell Williams’ soft and sensual vocals. Another personal favorite is “ESP,” a 70’s Pop vibe that blasts off from the get-go, tackling a cynical yet comical approach to society’s wasted energy working for corporations (“Workers of mass destruction / try to make you branded cattle“). Lyrically, N.E.R.D highlights the things that suck the life out of us and how we don’t use our time, energy, space and mind on the things we wish we could the most.

The variety continues to spark interest. “Lightning Fire Magic Prayer” is a mystical-sounding track strong in the drum rhythm, which was a favorite musically. “Rollinem 7s” is like a hodge-podge of different tracks meshed together, blended to its finest state, while “Kites” contains tambourines and soft chants which set an Arabian vibe, unifying through the chaos. Not to mention “Secret Life of Tigers,” which gives a message of putting your ‘big girl panties’ on, all to a fun beat without over-doing the boppy feeling.

The finale is a twist, both collaboratively and musically, as Ed Sheeran joins for a subtle, mid-tempo Reggae-style in “Lifting You”; the title lives up to its name – providing energy that will lift souls up to feeling on top of the world. A motto of living life to the fullest is much appreciated right before ending with a bang on a rave rampage.

Less provocative than they are critically known for, N.E.R.D uses their songs for a more politically-charged movement while still keeping the tracks fun and lively: No_One Ever Really Dies motivates listeners to dance and live life. The band went all-out with collaborations this time around, some more striking than others. A few tracks feel monotonous but, overall, the album keeps the funk alive. For these reasons, CrypticRock gives No_One Ever Really Dies 4 out of 5 stars. 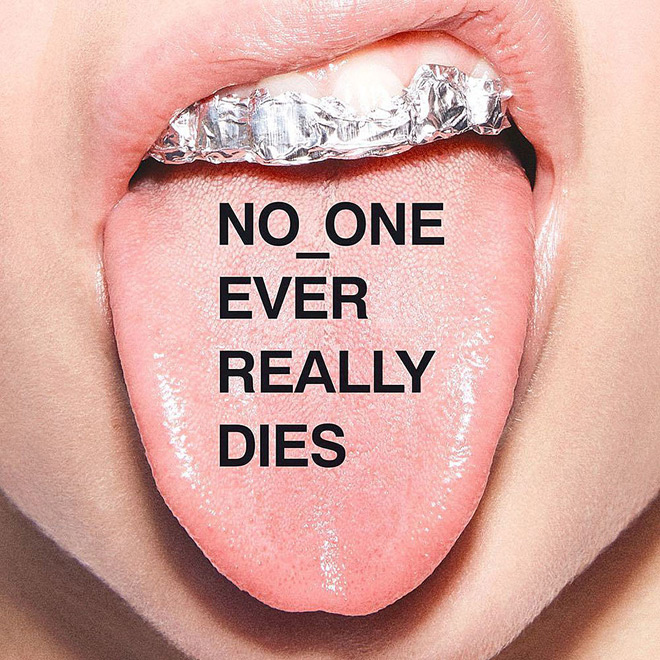