A dramatic Horror film ready to make you tremble, Nails found its way to DVD on Tuesday, January 9, 2018 thanks to MPI Home Video. Having a special theatrical premiere at the historic Grauman’s Egyptian Theatre in Hollywood on October 25, 2017, thereafter, Nails made its way to HD Digital and VOD through Dark Sky Films on November 17, 2017. Now available on DVD, even more viewers can see exactly what makes Nails so chilling. 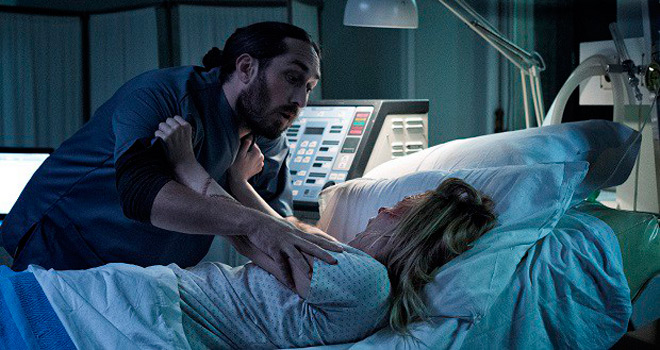 Recently a victim to a ghastly hit and run, Dana Milgram (Shauna Macdonald: The Descent 2005, Filth 2013) wakes up paralyzed and unable to speak. Hoping that she makes a full recovery, her husband (Steve Milgrom: Vikings series, Silent Witness 2015) leaves her in the care of what Dana believes to be a sinister hospital. With only her laptop and text to speech program to keep her company, Dana soon falls victim to a metaphysical being whose only intention is to make her a patient indefinitely. With time running out, her only hope of survival will come in the shape of her supportive and doting daughter, Gemma (Leah McNamara: Vikings series, Lily 2016). Will her daughter help her in time, or is Dana in for an extended stay in the hospital of horrors?

Co-written and directed by Dennis Bartok (Trapped Ashes 2006, Stanley’s Girlfriend 2006), along with Writer Tom Abrams (Shoeshine 1987, Rugrats series), one of the best things about Nails is the eerie, creepy vibe it gives off. Featuring cinematography from James Mather (Lockout 2012, Frank 2014), Nails captures the unpleasant fear that one feels when encountering a nightmarish creature. There are dark corridors and hallways, ominous closet, and of course, a creepy hospital with history. 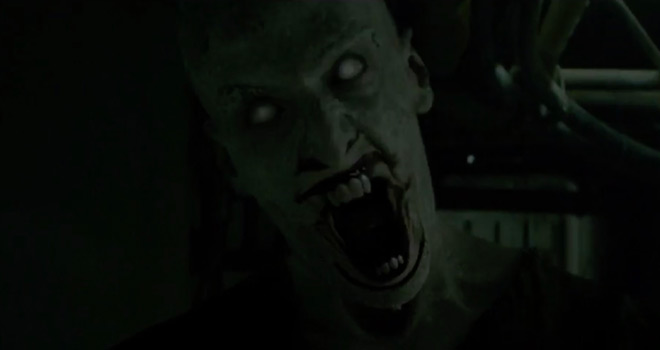 If there is one thing that is guaranteed to give audiences a scare, it is a flick with a massive hospital cloaked in mystery. What you see is dark and gloomy hallways that seem to go on forever only to be lit dimmy with doors that are always locked and becomes a maze in case of an emergency. A film that really brings those fears to life, you may not want to visit a hospital anytime soon.

Another great thing is the villain, Nails (Richard Foster-King: It Never Sleeps 2014, Polar 2018), which happens to be a ghoulish male nurse who has become sinister in hopes of killing all his patients and giving them an extended stay. Adding to the intricate, Nails has a intricate backstory and Richard Foster-King portrays the ghastly creature in impressive fashion, delivering an outstanding performance. The shuddersome appearance of Nails also adds to his sinister presence, envision something between the malevolent nun from 2013’s The Conjuring and a monster from 2017’s It. 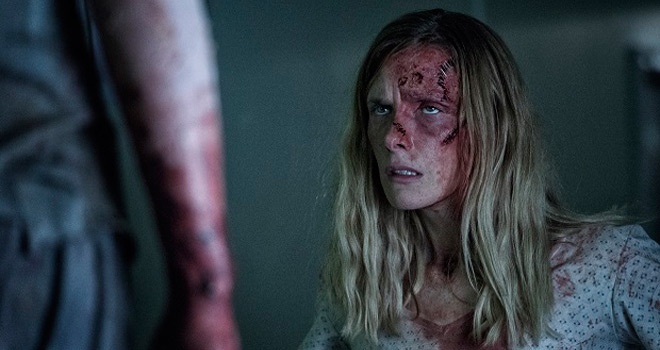 All this in mind, this frightening cinematic feature is made possible by an amazing cast that manages to stupify audiences. That said, Shauna MacDonald shines as Dana, the tragedy-stricken wife. Then there is Steve Wall and Leah McNamara who shine as father and daughter. Additionally, there are Ross Noble (Stitches 2012, Ross Nobles Australian Trip 2009) as Trevor Helms, Robert O’Mahoney (Sanctuary 2012, Ripper St. 2013) as Dr. Stengel, and Charlotte Bradley (Mystic Knights of Tir Na Nog 1998, The Gift 2014) as Beth Leaming, putting on exceptational, believable performances

Nails has everything from drama to terror. You will cry and jump. You will cringe and shout with vengeance. Complete with some hellish cinematics, as well as on target camera transitions which gives a great point of view into the life of Dana and her saddening downward spiral into the darkness, it is a must see! For these reasons, CrypticRock gives Nails 5 out of 5 stars. 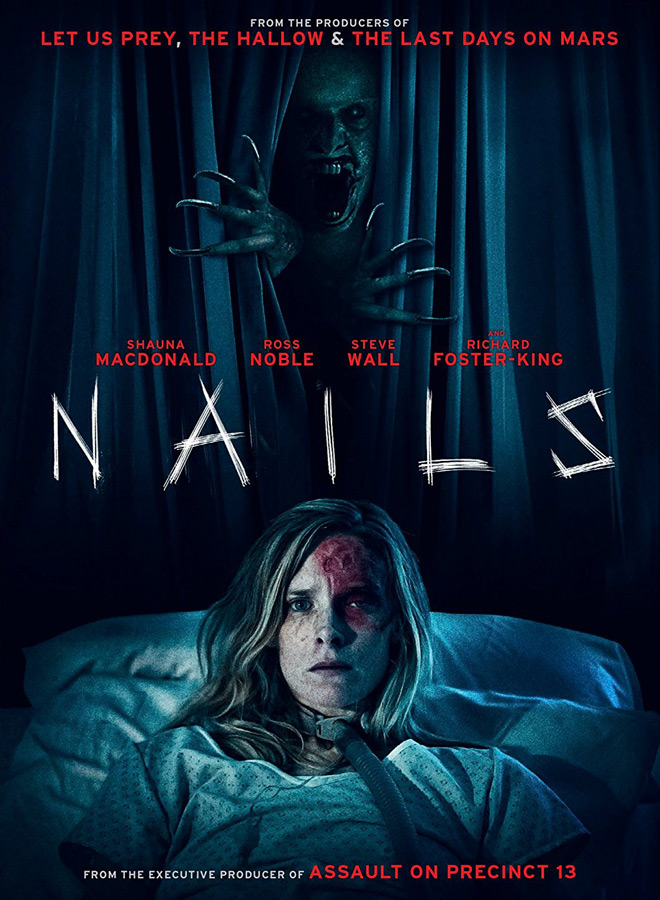