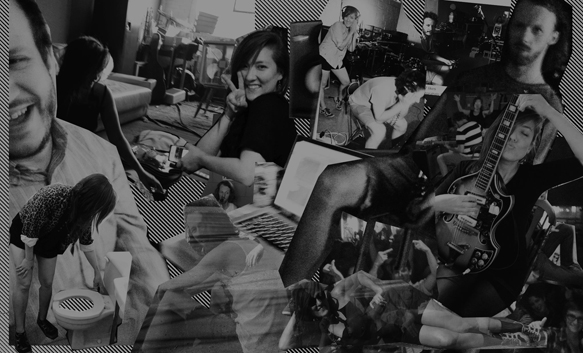 Hailing from Montreal, Quebec, Nancy Pants are a dynamic, musical trio who formed in the spring of 2014. Consisting of singer/guitarist Ohara Hale, Jeremy MacCuish on drums, and Adam Waito on bass guitar/vocals, the musicians recorded their demo on a cellphone after their first jam session and distributing it via bandcamp.com, certainly jump-starting their own exposure. It is on the music streaming site listeners can find their official self-released debut, Total Nancy Pants, consisting of eleven songs.

Those new to the band, Nancy Pants is strongly influenced by the sound of 1960s Garage Rock, further charged by a trace of Punk energy and recorded in the most beautiful, low-fi tradition. If one is a fan of tape noise, prepare to be well-served. In this sense, it is no wonder that the songs are reminiscent of the Riot Grrrls from the 1990s. Here fans can discover the band’s up tempo pieces loaded with singable hooks. For example, single “Happy” highlights the band and it becomes clear by this edgy, yet sappy, song that Nancy Pants is a multidimensional, musical machine that distills a discrete mix of guitar, bass, and drums.

The Hale and Waito duet on songs such as “PROM” shows their sound more slowed down and cuddly, but it is still domiciled in an electrified garage vibe. Early on, “Just A Little More” also shows that a throttled pace gets increasingly sexier. The faster tracks such as “Gimme” will also turn people on. Here the band relies not only on the powerfully rocking bass, but notably on the restless Ms. Hale, who is fond of letting her voice tip over the edge with a rejoicing crow.

Also knowing how to meld Lush Riot with guitar-heavy energetic Pop, “Apple” starts at an almost breakneck pace and then suddenly bathes in sugar-sweet melodies that wind up in fair, soft, psychedelic chaos. “Somebody” also lets the listener oscillate between the hot and the cold. The verses open snottily while the chorus hits the brakes, leaving Hales’ voice alone with an effective echo. The pedal hits the metal again to land on the “Borderline,” where the Nancy Pants sound is almost shoegazing with floating guitar chords, a melody leading bass that is very prominent in the mix, and tom heavy drums. The Rock is resounding with “I Didn’t Say,” which appears to be written as a journal of a failed relationship. While the microphone carries a great deal of anger, when the song comes to an end, all the buzz is gone. It just runs out.

Waito acquires the microphone for the tracks “Duke of IRL” and “Borderline,” both in medium speed. Waito is a real lover of melodic vocals, but when the song forces the pace in the second half, he backs down in some choral singing with Ms. Hale, refining a song that races as coolly as Steve McQueen in Bullitt (1968). Waito is also the lead singer of the record’s highlight, “Halleys Comet,” a perfectly staged melody, charged with meditation on existence, and highlighted with loads of hi-hats. Who knew that songs in this vein could be so inventive and upbeat? One does not have to look for old Pixies or Smiths vinyls if they are in the mood to feel giddy. Relaxing the tempo a bit, “Truly” ends this array of songs on Total Nancy Pants with the complete strength of balladry. With a beautiful slide guitar in the background and swirls on the toms as well as vocalized glaze, this shows another beautifully blended side of the Nancy Pants.

Currently an independent act, Nancy Pants’ unique act is well-worth checking out. Total Nancy Pants music can be downloaded at their home on bandcamp.com or fans can be really old school and order the album on cassette tape. Keep a look out for big things from this band. CrypticRock gives Total Nancy Pants 5 out of 5 stars. 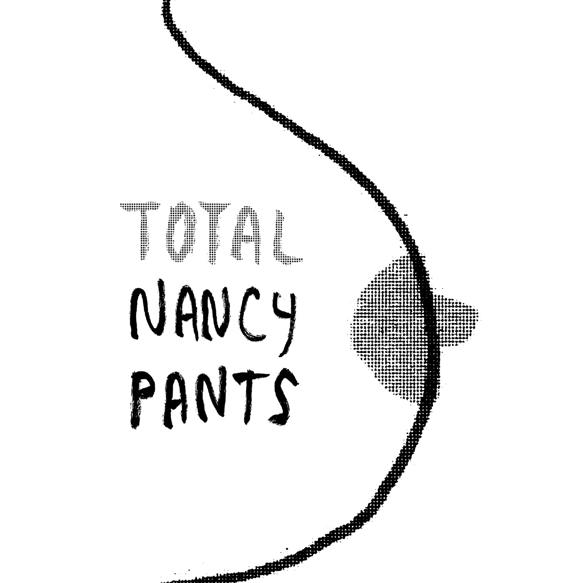