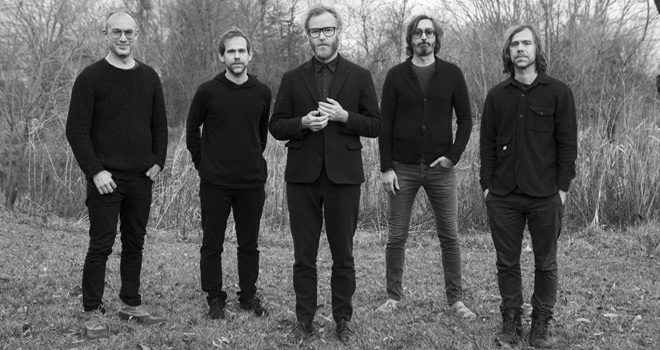 Indie music’s darling dads The National make their triumphant return with their first album in nearly four years. Their seventh overall studio album, Sleep Well Beast is set for release on September 8th through 4AD and it is an insular project produced by member Aaron Dessner and recorded at his own Hudson Valley, New York studio. The result is a beautifully layered album that can only be described as peak The National. Also co-produced by the band’s Guitarist Bryce Dessner and Vocalist/Lyricist Matt Berninger, Sleep Well Beast takes every aspect that made The National’s previous six albums so iconic and amplifies them while adding in entirely new elements that seem to have been inspired by each member’s musical forays outside of the band.

The National have always shed their skin with each new album, most notably with 2010’s High Violet and 2013’s Trouble Will Find Me, the band’s most commercially successful album to date. Sleep Well Beast once again finds the band progressing their style by adding in experimental electronic elements that find a cozy space among the band’s well-established and familiar sounds.

At just under an hour in playtime, Sleep Well Beast’s opening track “Nobody Else Will Be There” feels like waking up. Soft pianos and Berninger’s gravelly rasp combined with a simple electronic beat make for a gentle, hazy lead-In. “Goodbyes always take us half an hour / Can we just go home?” Berninger intones, painting a vivid picture of the album’s microcosm. Co-written with his wife Carin, the lyrics of Sleep Well Beast describe the trials, anxieties, and occasional joys that come with being in a committed relationship.

Picking up the pace, “Day I Die” sees Berninger ask, “The day I die, where will we be?” over a rollicking drum beat belying the darkness of the song’s lyrics. One of the most upbeat-sounding songs on the album, “Day I Die” has all the trappings of classic The National tracks but hints at the musical and lyrical progression the band has made over the years since Trouble Will Find Me.

Slower songs like “Walk It Back” and “Born to Beg” do not fall flat like some of the band’s previous subdued offerings. Instead, these tracks highlight The National’s exquisite music and lyric-writing ability. “Born to Beg” feels especially poignant as Berninger describes those hyper-specific moments that come to define a relationship.

Speaking of defining, first single “The System Only Dreams in Total Darkness” may in fact be Sleep Well Beast’s defining track. The song bridges the gap between the album’s shifting moods and tempos with its thumping rhythm, lush layers, and Dessner’s surprising frantic guitar parts. First released to fans several months back, this track is the perfect balance of the band’s most alluring characteristics.

Sleep Well Beast’s most shining star comes in the form of its loudest and most bombastic track. “Turtleneck,” written in the immediate wake of last year’s earth-shattering election results, shows Berninger’s voice reach the peak of its ability. There is little of his trademark dulcet drawling here. Instead, he screams in the style of Modest Mouse over a chorus of wild, screeching guitars and crashing drums. The rumbling verses progress into something like the antithesis of The National’s classic “Mr. November,” and though it is a lyrical departure from the rest of the album, there is little doubt that “Turtleneck” will find itself among the list of the band’s best.

Slowing down once more, “Empire Line” seems to harken back to past The National tracks, while “I’ll Still Destroy You” paints a soft watercolor image with its reflective lyrics and hazy layers that build into an unexpectedly dark crescendo. Then, the album culminates with its title track, a heavily layered piece that leans fully into electronic and discordant sounds and is perhaps the band’s most unique-sounding song. Though the song hints at a possible new direction for The National, Berninger’s lyrics and stylized vocals keep “Sleep Well Beast” from straying too far.

All these factors in mind, The National have crafted what might be their best album to date – an impressive feat for a band with such a stellar catalogue. There is no doubt that new or returning fans of The National will find their new favorite song in Sleep Well Beast. For these reasons, CrypticRock gives this album 5 out of 5 stars. 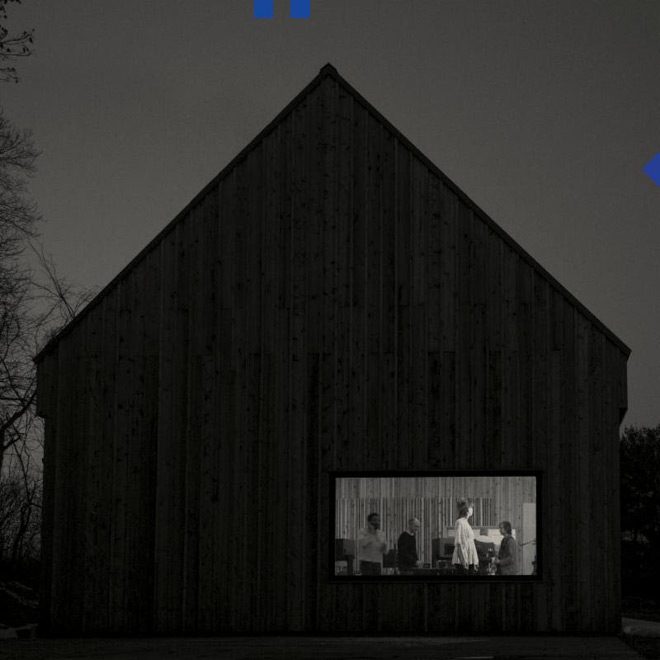