In Jack County, Texas, young women huddle in fear as demons roam the nights, kidnapping virgins and disemboweling residents. Mikal Vega (Transformers: Dark of the Moon 2011, Teenage Mutant Ninja Turtles 2014) plays Warren LT Carr, a retired SEAL listless in life, drowning his sorrows with booze. Approached by the Navy and an office team of techies, he leads a three-man team to take on the demons and save the county. Disguised as bikers, they scope the situation with the help of stripper/bartender Juana Cortez, played by beautiful Liana Mendoza (Zane’s Sex Chronicles series, Jimmy Kimmel Live! series). Together with a band of Hispanic bikers and a priest, the team confronts the demons in a showdown between the forces of good and evil.

Along with Vega, Actors Tim Abell (Soldier of Fortune, Inc. series, Super Shark 2011), Trevor Scott (Mayberry Avenue 2011, For the Greater Good? 2016), Matthew R. Anderson (Live Free or Die Hard 2007, Captain America: The Winter Soldier 2014), and even Reyes himself all served in the U.S. armed forces. Together, their experience adds genuine verisimilitude to the film. Amidst a variety of low-budget flaws, Vega and company offer a refreshing authenticity that raises the movie’s quality.

Titles for movies sometimes make promises to the audience and how well it does often corresponds to how those promises are fulfilled. Navy SEALS facing off against hellspawn conjure visions of epic battles, hardcore armories, fire, and brimstone. What the audience gets is three former soldiers, in biker gear, engaging in fisticuffs with three biker demons.

Beyond a short series of scenes where the team take down a police station full of corrupt cops, the movie offers few fights—all of which fall under the category of lame. Given the nature of low-budget Horror, some of this can be forgiven; however, given that a number of those working on the film are real ass-kickers, the fight choreography should have gone beyond choke-holds and stabbing. Promises unfulfilled.

Beyond the fights, Navy SEALS v Demons takes care to build character development and backstory, if clumsily. The story is well-paced, but often feels like scenes are missing, leaving the audience on its own to figure out what happened in hindsight. No one expects complexity from SEALS fighting demons, but every scene should be essential to the movie. Here, there is an entire government team working from an office that could be entirely cut from the film. Scenes’ reasons for existing, does not exist, while imperative moments need to be fleshed out.

Overall, Navy SEALS v Demons has one major flaw, in that it takes itself too seriously. Part of the charm of low-budget flicks with titles like this is their ability to glance at us and wink. Instead, the movie fancies itself an episode of AMC’s The Walking Dead, instead of an episode of The CW’s Supernatural. Fans might expect Sam and Dean (from Supernatural) to pop in the film at any moment to show the SEALS how demon-slaying should go. In the end, solid acting and professional cinematography provide a decent base for SEALS. Unfortunately, a lot of potential fell on the cutting room floor. For these reasons, CrypticRock gives Navy SEALS v Demons 2.5 out of 5 stars. 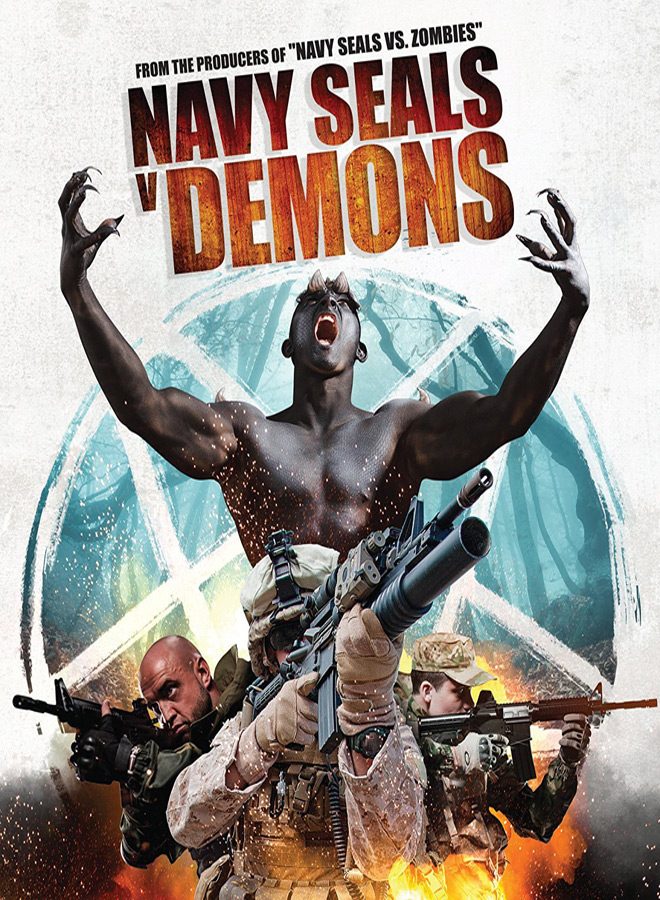