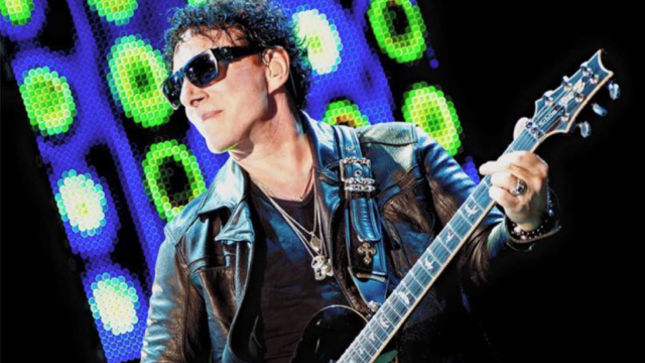 Whether one is familiar with the name Neal Schon or not, it is almost a guarantee that one has heard the music of Neal Schon. And somewhere, at this very moment, is a drunk individual in a karaoke bar singing “Don’t Stop Believin’.” While most known as being the co-founder for the massively successful Arena-Rock band, Journey, in the mid ‘70s and ’80s, Schon’s musical contributions started in 1971 when at the age of fifteen he joined Santana, contributing his six-string talents to two of the Latin Rock legend’s studio albums: the very successful Santana III (1971) and Caravanserai (1972). While Journey has more or less remained active over the last four decades, Schon manages to find other outlets to scratch his musical itches; such has the mildly obscure project HSAS, with Sammy Hagar, working with Jan Hammer, and later, garnering some minor hits with Hardline and Bad English in the late ‘80s/early ‘90s.

First diving into a solo career in 1989 with his debut Late Nite, the record was a fusion of styles different than anything Schon had done prior. Following up with a Jazz influenced record titled Beyond the Thunder in 1995, it became clear Schon’s solo styling would be a way for him to channel other influences outside of heavier Rock-n-Roll.  Releasing the jazzy Hard Rock fusion album So U in 2014 with Marco Mendoza (Black Star Riders, Ted Nugent, Whitesnake, Thin Lizzy) and drummer Deen Castronovo (Journey, Ozzy Osbourne, Steve Vai, Hardline), now in 2015 Schon drops his ninth solo release, Vortex via Music Theories/Mascot Label Group. Taking it’s name from the one Santana gave Schon, it is a two-disc collection of self-produced, expansive instrumental guitar tracks that cover the gamut of Rock, Latin, Jazz and experimental, but with a highly focused improvisational approach. Joining Schon on the album is keyboardist extraordinaires Jan Hammer and Igor Len, as well as former Journey skinsman Steve Smith. Interestingly the album was recorded at Fantasy Studios in Berkeley, CA where Schon has not worked since the Journey Escape album back in 1981.

The opening track of disc one, “Miles Beyond,” is a airy, exotic sounding piece with afro-cuban drums and free-form guitar meandering that serpentines it’s way through the open spaces contained in the first three minutes, until it is reined in by the heavy Zeppelin-esque riffing at the song’s midpoint. The solos return for the second half of the tune, but with noticeably more assertiveness courtesy of its Pentatonic shredding. Schon moves deeper into Jazz/Fusion territory on “Awakening,” starting with a delicate acoustic passage that serves as a melodic lifeline while he explores more abstract patterns within the song. With Hammer and Smith creating the atmosphere and pulse, Schon is free to stretch out into more uncharted waters, but unlike a lot of fusion out there, he has the sensibilities and restraint to not go overboard and lose the listener.

Proving he i a man of the world Schon dips into Latin-Rock on Vortex with “Cuban Fly Zone” and “El Matador,” the latter being the most notable nod to Santana from this first disc. Moving forward, he seamlessly jumps into the playful “Irish Cream”; with its Celtic lines delivered by distorted guitars, it’s hard not to be reminded of The Dixie Dregs, and that is not a bad thing. While possibly more low-key; Schon resides in the same hallowed halls alongside Satriani, Vai, Page, Clapton, etc., and while he can blaze with the best of them, it’s his impeccable phrasing that earns him this place among the greats. This is most apparent on the emotional and hook laden track, “Lady M.”

Switching onto disc two of Vortex, this might be considered the “heavier” side of the coin for Schon. It kicks off with the anthemic opening track of “Tortured Souls” which contains a hook that has an almost soundtrack quality to it. Following that is, “Schon and Hammer.” an uptempo song that delivers a crunchy riff that is most reminiscent of the harder side of Journey and crescendos into a head cutting match that sees Schon and Hammer trading off some blistering solos. The title track, “Vortex,” starts with some atmospheric keys and clean guitar before falling into a thick, callous building keyboard/guitar unison riff. This cut and the jam styled “Talk to Me” serve to also highlight Smith’s incredible finesse behind the kit while creating a perfect foundation for Schon’s signature, lightning fast note flurries.

While Disc two of Vortex might contain a bit more crunch than disc one, it still maintains its emphasis on improvisation and contains arguably the most serene pieces out of the two discs, with the warm acoustic numbers of “Mom” and the haunting “White Light” that closes the album. Vortex is a pure unfiltered release by one of the most influential guitarists of one of the most successful bands ever. There is plenty of melody for the common man and plenty of shredding for the guitar geeks. Also, because of its stream of consciousness approach, this double album reveals more and more with each listen. CrypticRock gives Vortex 4.5 out of 5 stars. 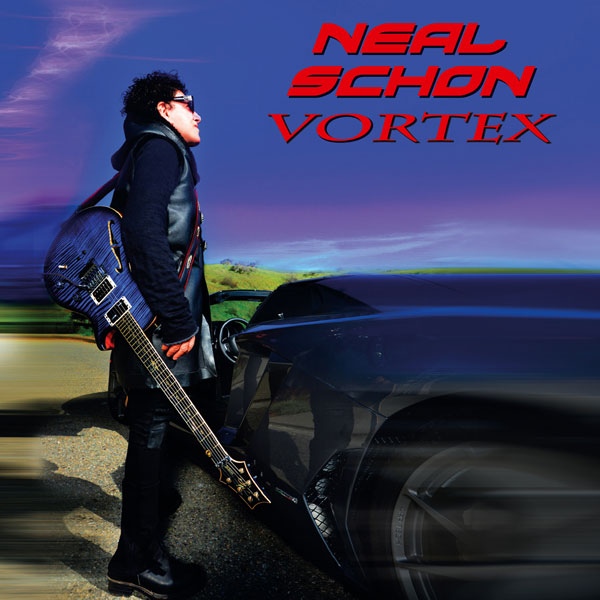