Neck Deep – The Peace and The Panic (Album Review) 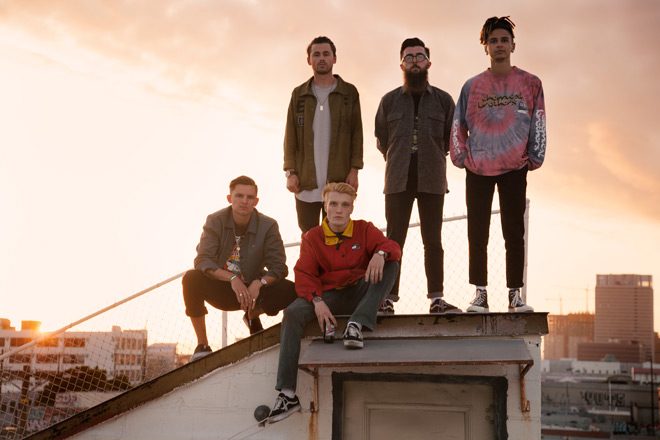 The United Kingdom has been striking all the right chords for years within the upbeat and energetic genre of Pop Punk. Coming out with that Vans Warped Tour friendly sound back in 2012, Welsh natives return with their anticipated The Peace and The Panic as of August 18, 2017 via Hopeless Records. First tasting success in 2014 with their debut album, Wishful Thinking, and a follow-up to 2015’s Life’s Not Out To Get You, The Peace and The Panic set to establish a more adult version of Neck Deep.

Led by Frontman Ben Barlow, Bassist Eli Thorpe, Drummer Dani Washington, along with Guitarists Matt West and Sam Bowde, the band deliver a full eleven song romp around their sound well outside of the safe zone. Starting with “Motion Sickness,” a rocker with a political statement, “Happy Judgement Day” is potentially one of the best songs on the record. Rhythmically combined with great lyrics, stop and take a listen, these guys show they are wise beyond their years.

Heading into “Parachute,” it is the song that one might expect from gentleman Neck Deep’s age lyrically, but there is a deeper meaning here as well. That said, being touring monsters, always on the road, it may be that the band craves normalcy. Drifting along, “In Bloom” offers some of the most captivating vocal performances of Barlow, which are emotive and vulnerable while being enveloped by lyrical brilliance. Bringing in Architects’ Sam Carter for a guest appearance, the throaty “Don’t Wait” may be a reflection of personal challenges. Then comes other tracks like the acoustic “Wish You Were Here,” which act as a send off to adolescence. Songwriting at its best, it is not all about having a party and grabbing a beer, and Neck Deep show that vividly here.

Now keep in mind, this is a step forward for Neck Deep, and heading out of The Peace and The Panic, some listeners might note that this is more downtempo at first listen as compared to their previous releases. Not a bad thing, honestly as outlined, the band has gone, well, deeper. A great example of such is “Heavy Lies,” a track which is intelligent with a great hook and bridge while Barlow delivers hypnotic vocal tones. This is before the perky story song of “19 Seventy Sumthin’.” Sort of  nostalgic, it could very well be autobiographical of the band’s experiences growing up.

Closing out, the nursery rhyme lead into “Where Do We Go When We Go” flows into shredding guitar work making for a complete Rock track. Existential simplicity, it drives home the point that life is as sudden as death. Flipping back and forth with tempo shifts, it is a fantastic conclusion to the album.

The Peace and The Panic is art in its finest, a purge of emotion that everyone can connect with. The band put their best foot forward in making the best album they could without losing their previous fire, and without much argument, certainly accomplished their goal! So do not wait, jump neck deep into The Peace and The Panic, which rightfully earns 5 out of 5 stars. 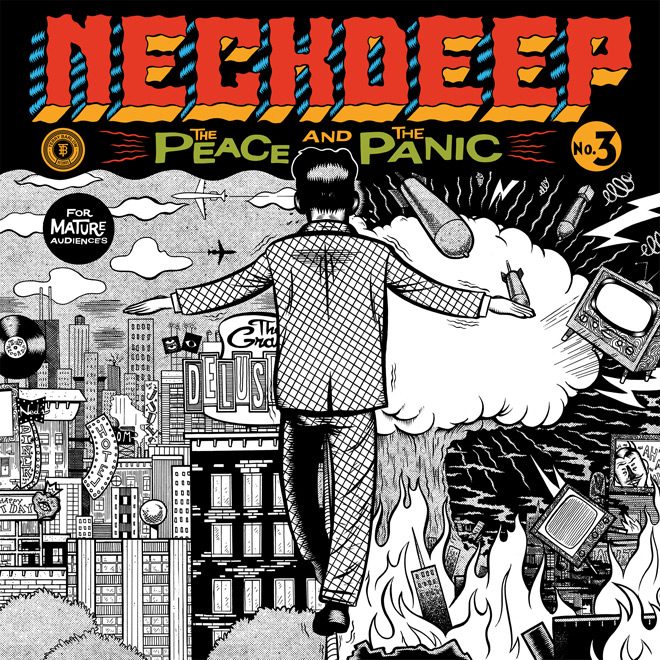