Only those that possess a truly morbid, twisted sense of humor need apply for the Horror Documentary Necrophiliac: The Lustful Dead, which became available for purchase on DVD and online streaming as of March 14, 2017 via Worldwide Multimedia.

Necrophiliac: The Lustful Dead is actually a perverse interest Mockumentary (or fake documentary, to the layperson) that revolves around a curious filmmaker – played by Jason Impey (The Turning 2011, Grindsploitation 2016) – who conducts an in-depth interview with noteworthy necrophiliac Haydn Reef. Reef, played by Jay Proctor (Twink 2014, Boys Behind Bars 3 2015) – who has also acted under the names Wade Radford and Dylan Jake Price – is an obnoxiously smarmy, baby-faced twentysomething who looks more like a London Hipster than a mentally ill lover of the dead. 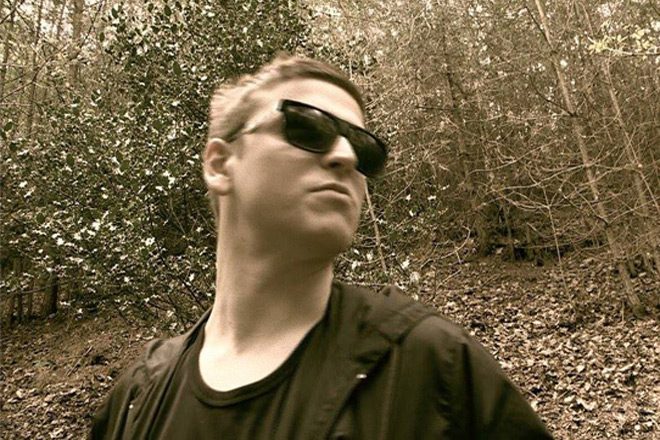 The film opens on an askew shot of a gorgeous, historic-looking old cemetery. A cell phone rings and we fast forward to a line of British cursing as interviewee Reef meanders coolly down a wooded path toward the camera. He immediately notes that he could not meet Impey at their pre-planned location, the cemetery, due to his being under watch for “loitering” there. Some seriously rough topics and an impressive amount of expletives ensue.

At 65-minutes in length, the bulk of Necrophiliac – which was written, directed, and acted by tag team duo Impey and Proctor – takes place in one of two locations: inside Reef’s car en route to his apartment or inside the home. This is a seriously slow-build film, done Documentary-style, that unfolds largely as a conversation between the two characters. In fact, were it a book, Necrophiliac would be 95% talk and 5% action. Those that cannot handle a lack of chaos need not apply! For those that last to the very end, there is a twist that you will see a million miles off, though it all ultimately ends with one very perplexed-looking cat. 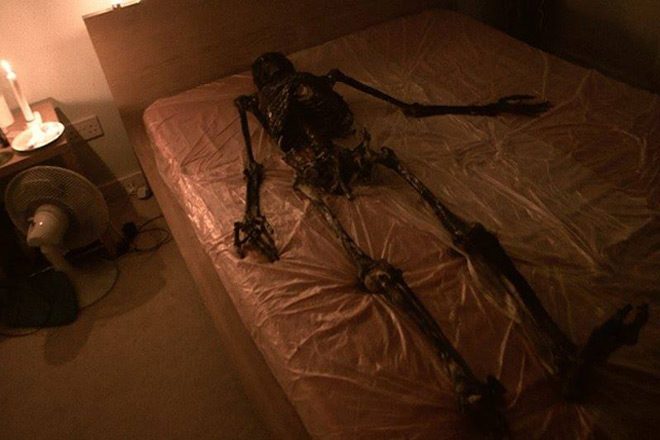 Here is the thing: Necrophiliac is, duh, a film about necrophilia. It is a movie that moves from Mockumentary interview into something that can only be called softcore “corpse porn.” For his role, Proctor does in fact get fully nude, though he never goes full-pickle. Furthermore, the language here is rough: there are plentiful f-bombs, c-words, and all their cousins, as well. Within the first ten minutes of the film, Proctor, as Reef, turns to Impey and stone-facedly notes, “Let’s get one thing straight: I’m not making no pussy of the dead fucking zombie flick like you stupid cunts always make.” It devolves from there! For these reasons and many, many more, this film should be considered an NC-17. Do not even entertain the idea of making this a family Friday night viewing!

Despite the grotesque subject matter, what is immediately clear upon viewing this film is that Proctor (as Haydn Reef) is a good actor. He spouts on about sticking his penis into graves and dead grannies without coming up for air, and with only the most minor chuckle at the end of his lengthy, depraved monologue. Considering how completely ludicrous this script is, it is utterly shocking that this young actor is able to pull it off without barely a wrinkle of the eyebrows. Which is to say that Necrophiliac may be many things, but it does not want for better acting; both Proctor and Impey are solid in their diametrically-opposed roles. Both men have an organic flow to their dialogue, as interviewer and interviewee, that gives this Mockumentary some eerily realistic moments. In fact, there is one seriously spooky moment when Proctor/Reef turns to face the camera and states: “I might be an actor, I might be reading off a script.”

Perhaps somewhat shockingly, there are some good moments that find themselves chock-full of that dry British wit. Proctor/Reef is actually comical when he notes, stone-faced, that there are not any necrophiliacs willing to go on camera who are as attractive as himself; that grave-robbers cannot be too picky; or, when asked if he is into bestiality, aghast he gestures towards the cat sitting beside him and quips, “I’m going to have to cover my baby’s ears.” More examples of comedy come in moments such as when the unemployed corpse-lover attempts to convince the filmmaker that filmmaking is “hardly a job;” or when Reef points toward where Impey is sitting in his apartment and states, stone-faced, “I fucked a corpse on that sofa.” Impey pales. The humor is, of course, twisted, dark, and dry, and, much like this film, not for everyone. 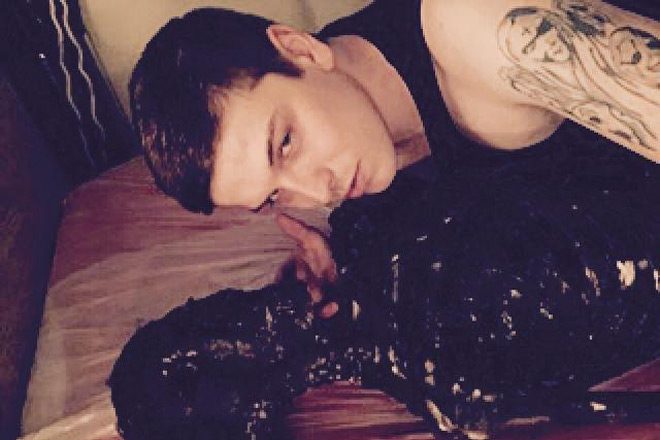 There is mocking of the sensationalistic news media and the conversations between the two characters raise such hair-raising questions as is sticking one’s penis inside a cremation urn true necrophilia? Should you cremate your loved ones to save them from possible rape after death? Should you use a condom with a corpse? Presumably, if you are sitting down to tea over your copy of this film, the minor topics of incest, bestiality, and the like should be child’s play to your ears. Intentionally controversial, darkly depraved, but still with some great acting and true moments of humor, Necrophiliac: The Lustful Dead is certain to obtain some seriously mixed reviews. For our contribution, CrypticRock gives Necrophiliac: The Lustful Dead 3 of 5 stars. 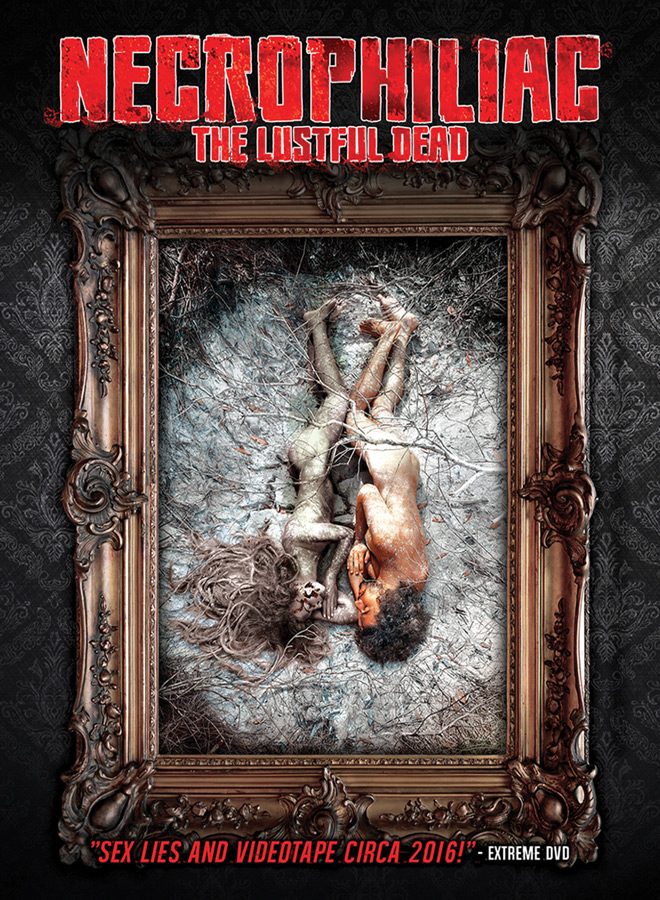