All I Need (Movie Review)

What is the difference between want and need? What you need is what it takes to survive – oxygen, water, food, shelter, perhaps even love and family – but what you want is a whole other ballgame. For some of us, the answer is wealth, while for others it might be fame or beauty. In the new Horror/Thriller All I Need – released in 2016 in the UK and hitting VOD in the U.S. back on February 7, 2017 thanks to Gravitas Ventures – what one woman needs is simply to survive. 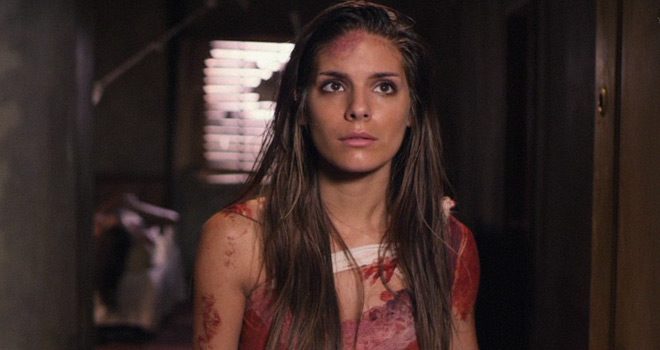 Chloe (Caitlin Stasey: I, Frankenstein 2014, Reign series) awakes to discover herself one of nearly a dozen young women who lay drugged, gagged, and restrained inside an old bedroom. With the help of one of her fellow captives, Angela (Sorel Carradine: The Good Doctor 2011, Nesting 2012), she escapes her binds and is able to roam freely about the space, but escape from the locked room is not so very simple: first one must tango with the gas mask-donning, pitchfork-slinging killer who appears at random intervals to take away defenseless women. Aware that her time is running out, Chloe is frantic to make her escape before becoming the psychopath’s next victim.

In a concurrent storyline, Andrew (Markus Taylor: Remembering Phil 2008, Deadheads 2011) is seriously down on his luck, living in a ratty apartment and struggling to make his child support payments. When a mysterious, heavily-accented man reaches out to Andrew via cellphone call, he offers the destitute father a series of courier jobs that earn him increasing sums of income. Building a relationship with the caller and earning this employer’s trust, Andrew is eventually awarded a visit to a gated estate where he will meet his employer’s boss, the head honcho of this ominous operation. 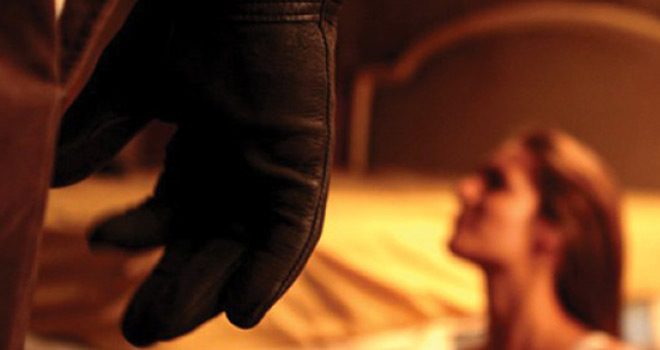 When that big cheese turns out to be a woman, a serviceman’s widow named Elizabeth (Holly Twyford: Pecker 1998, House of Cards series), Andrew will quickly learn all about the differences between needs and wants. Furthermore, the fate of the caged and bloody Chloe will become inextricably intertwined with that of his own. Clocking in at 83 minutes in length, All I Need was written and directed by Dylan K. Narang (Go Fish 2007, Broken English 2011) and is a feature-length debut for Narang. It is important to note that this film is rated TV-MA and should be considered for mature audiences only, as it includes graphic violence and some gore.

All I Need is an intriguing entry into the Thriller/Horror genre, an intelligent slow-build that is big on tension and only truly comes together in the last thirty-minutes or so of the film. Which is not to say that very little is happening, no: plenty of blood is spilled earlier on, but the viewer does not receive enough pieces of the bleak puzzle to have a true epiphany until the very end. As the story builds tension at a dangerously slow pace, Stasey (as Chloe) is left to carry the bulk of this film on her petite shoulders. A feisty firecracker who is hell-bent on survival at all costs, she does an amazing job of propelling the nightmarish tale forward so that viewers can, eventually, fully grasp the macabre conclusion to this nightmare. 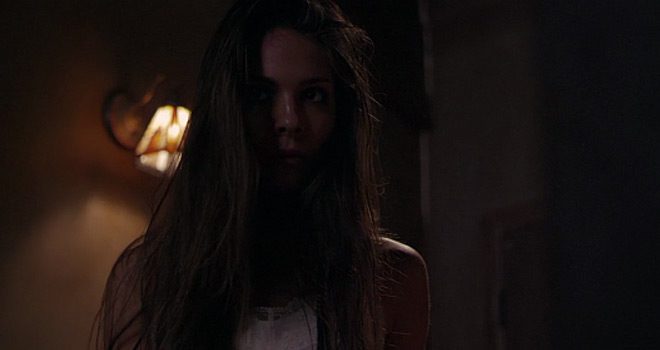 Intelligent, darkly haunting, and marvelously macabre, All I Need dips its poisonous fingers into the legend of Erzsébet Báthory, though without ever naming names or leading the viewer directly to that connection. In other words, if you do not know your real-life vampiric legends, you need to brush up on your bloody history, folks! A dastardly foray into the blackest of black subject matter, All I Need is an enjoyable journey that sheds some blood while tackling the Thriller genre with a healthy dose of Horror, creating something wholly sophisticated and gorgeously gloomy. For these reasons, CrypticRock give All I Need 4 of 5 stars. 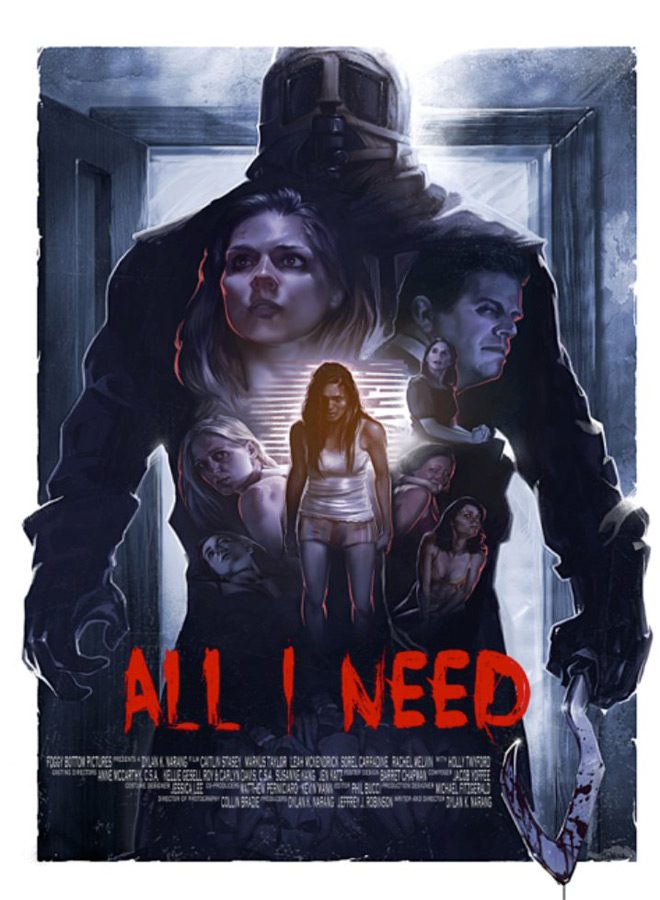 Purchase All I Need: