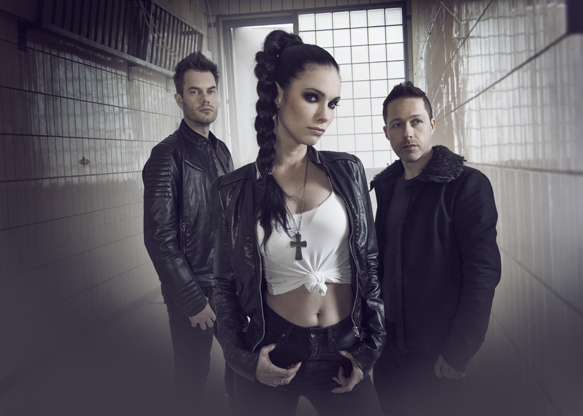 Formed back in 2002 in Gronening, The Netherlands, Nemesea was the brainchild of Guitarist Hendrik Jan de Jong. Soon joining forces with Vocalist Manda Ophuis and Bassist Sonny Onderwater, Nemesea forged a sound rooted in Symphonic Metal to the likes of country-mates such as Within Temptation and Epica. Unique within themselves, the band blazed their own path, growing from their early Gothic and Symphonic Metal styles heard on 2004’s debut Mana only to take a more Electronic approach on 2007’s In Control. A shift in sound was welcomed and the band became the most successful in the now defunct crowdfunding website Sellaband. The attention was all positive and by 2010 they were signed on with respected Austrian label Napalm Records to release the positively received 2011 effort The Quiet Resistance.

Now five long years later, Nemesea are set to return with what will be their fourth overall studio album, entitled Uprise. With an announcement made as far back as August of 2012 that new music was in the works, the core trio along with Drummer Steven Bouma would finally enter the studio in the spring of 2015 to work on the album that would become Uprise. Produced by Guido Aalbers (Coldplay, Muse), Uprise hits fans on CD and digital download as of April 29th, leaving many curious as to what the latest efforts of Nemesea will offer.

Starting the album off is “Hear Me” with a jumpy kick drum that is followed up with simple, yet rocking guitars. Stacked vocals add depth to the chorus and the bridge provides for a twinge of ’80s influence and overall powerhouse song. Up next is “Twilight” with a steady beat made up of the drums, bass, and guitars. With a lonely sounding guitar line sprinkled around the central instrumentation, there are also beautiful, delicate vocals of Ophuis following the beat. Introducing a tastefully done synth piece is “Forever” that also includes a choir-like vocal, making it an overall wholesome listen. Then, “Let It Burn” begins with more fragile, inviting vocals opening up alongside more synth before a piano takes over along with a quiet drum line and a gentle acoustic guitar. The atmosphere builds into the peak, making for more Soft Rock styling.

Shifting approaches again, “Time To Make It” begins with almost muted Club music textures. A welcomed change in typical guitar roles is brought forward with the bass guitar leading and electric guitars provide the support as the lyrics carry a message of just living your life. Coming on with a Alternative Rock vibe, “Can’t Believe It” has a pillar of drums, guitars, and bass coming together to keep an even cadence while Ophuis sings out, “…Hope the silence comes and binds me so I can let it go…” The more relaxed vocal of  Ophuis along with a simple guitar brings on “Light Up The Sky.” Quickly evolving, instrumentation eases the song into the meat of the melody, making it an very enjoyable listen.

Ramping up Uprise for a more anthemic Rock sound is “Get Out,” which lets the beat drop off and the guitars and drums build it back up again. Continuing along with that energy, “Bones” begins with amplifier feedback, warped guitars fade in, then rushes into a solid beat before slowing down for the verse and soft vocals. Then, closing out the record, an emotional guitar and haunting singing from Ophuis ignite the track “Hold On,” which is grounded with a slow, strong bass line and quiet cymbals to pick up the tempo nicely.

Over the years, Nemesea has experimented and evolved with their sound, and their current brand of Alternative Rock with electronic elements is merged together nicely with Uprise. The album is delightfully balanced while feminine and ferocity come together beautifully, pounding bass lines and bright guitars, both acoustic and electric, dance around the line without blurring too much. In addition, piercing and delicate vocals of Ophuis work together to create an interesting disparity. The shock value drama is left out on this album and fans will notice a different style of drama with a nearly understated quality to it. While Nemesea has transitioned and matured to an easy Rock style with Uprise, it still sounds like their specific sound, and avid fans are sure to catch the details they are offering. CrypticRock gives this album a 4 out of 5 stars. 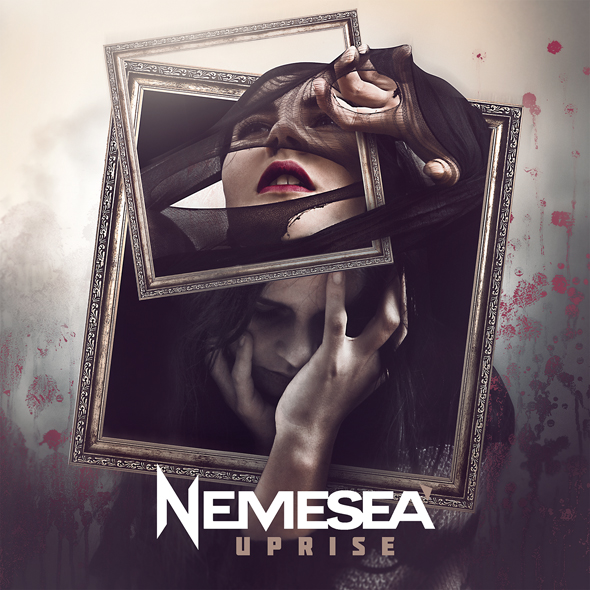