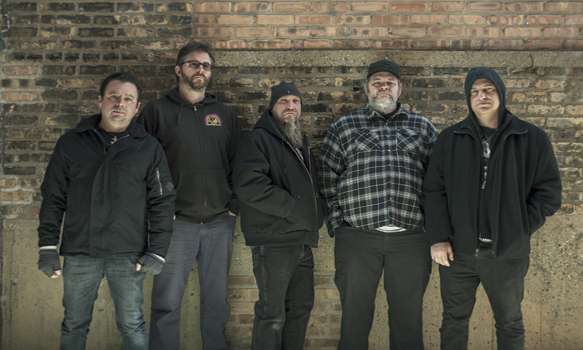 Mental and emotional, Neurosis is a state of being. The disorder that affects only part of the personality, is accompanied by a less distorted perception of reality than in a psychosis, does not result in disturbance of the use of language, and is accompanied by various physical, physiological, and mental disturbances (as visceral symptoms, anxieties, or phobias). That all being said, the band which derives their name from the definition, California’s Neurosis are set to release their new album, Fires Within Fires on September 23rd via the band’s own label, Neurot Recordings. A mixture of  anxiety set in the tone of Post Hardcore Metal, the album slowly rolls out as Neurosis set forth on a journey of pain and beauty in every breath.

“Our legacy can only be assured if we continually burn down the past and plant seeds in the ashes,” proclaims Neurosis’ Guitarist-Vocalist Steve Von Till when talking about the band’s 2012 album, Honor Found in Decay. A telling statement, like childbirth, Fires Within Fires drops a bomb of expectations that push forth like afterbirth. Hypnotic, the album features superbly meticulous album artwork from the renowned Thomas Hooper and the stellar recording work of the group’s longstanding engineer, Steve Albini. Of course, rooted lineup Scott Kelly (vocals/guitar), Steve Von Till (guitar/vocals), Jason Roeder (drums), Noah Landis (synthesizers), and Dave Edwardson (bass/vocals) are responsible for the creation of the five song masterwork release, while the written words are provided by Jonathan Dick.

Just under eight minutes, “Bending Light” sets the tone for this semi-psychotic trip, opening the record, moving forward with purpose into the fires. Added to the experimentation is the almost optimistic guitar work that is in contradiction to the descent into another world. At times filled with the squeals and static of electronic chatter, the song settles with a lack of chaos before driving bass explodes with the growling fury of Kelly. Music of every age tells a story of evolution, metaphorically, as well as the transformation of humankind. This release is no exception, and with that said, “A Shadow Memory” slides in just under seven minutes with a feel that mirrors some of the band’s influences. The chord structure is a shadow, and all rebirth is a result of death, be that literal or figurative. In addition, the exquisite production team lead by Albini creates an unmistakable vibe with weird glimmers of upward progression and downward spirals. Tweaking with otherworldly echos, this song is stellar.

Already taking listeners’ breath away, “Fire is the End Lesson” comes on as a layered statement of being. Just mere seconds longer than the previous song, it is also a statement to the process that rebirth requires. The band’s aforementioned previous release comes to mind again with analysis of lyrical content still fueling discussion. Again, this song is masterfully mixed and retains a feeling of open spaces and constantly overlapping instrumentation, allowing a rest in negative voids. Thereafter, “Broken Ground” feels like Albini particularly laid his hands on the music with a mystical layer of Middle Eastern hypnosis echoing. Keeping the percussion and vocals simply standing alone, at just under nine minutes, this track begins the comfortably numb cocoon that envelops the auditory onslaught. With this, now the destruction is complete, and the rebirth can begin. Simple and elegant, the music explodes with soaring vocals and guitar work, while death growls thump forward into the new oblivion, triumphant, yet pulling back with beautiful restraint.

Closing out the album, “Reach” is a piece that could be viewed as a focal point to ponder the future with Neurosis. Perhaps one of their best songs to date, it is slow and deliberate while haunting and melodic, oozing eerie emotions from nearly every echo of the instrumentation. A testament to all that rises out of the ashes, dense and repulsive, but all parts necessary, at roughly 10:37, the song itself is a journey every ambient Rock fan should take.

Like a true death that drags on, inward decay is part of the rebirth. Those who are virgins falling into the volcano of Neurosis, Fires Within Fires is not a shortcut to the end, but an invitation to revisit the last thirty years of the journey of the band’s trip. True to form, Fires Within Fires delivers a raw, new transfiguration of concepts. Brilliantly depraved, yet twisted and hopeful, this album is a must listen. CrypticRock gives Fires Within Fires 5 out 5 stars. 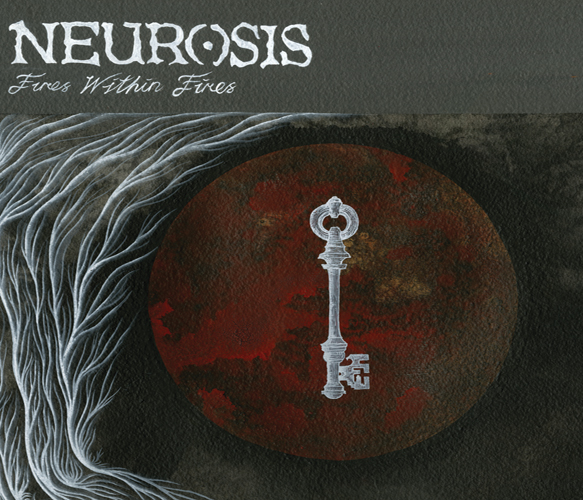