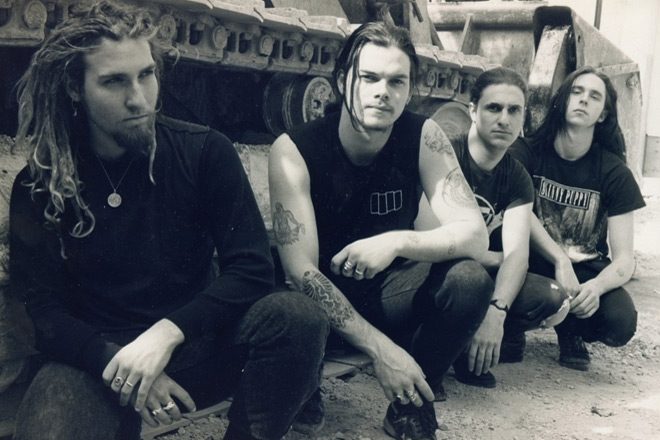 History is doomed to repeat itself with the re-release of Neurosis’ 1990 album, The Word As Law, on August 25th, 2017. Their long-out-of-print sophomore album, now available for the first time in nearly 20 years, features the original eight tracks remastered into new glory thanks to Neurot Recordings.

Originally recorded by Mark Lemaire at Sound & Vision in San Francisco in December 1989, this edition has been remastered by Bob Weston at Chicago Mastering, the new artwork has been reworked and redesigned by former Live Visual Architect Josh Graham. Recently wrapping up their North American tour with Converge and labelmates Amenra, the re-release of this epic album could not come at a better time.

The tracklist of The Word As Law, as mentioned, was taken into the hands of Bob Weston of Chicago Mastering, and if a great album could be any better thanks to new technology, it has happened. Each element has been pulled apart and put back together magically as the album was intended to be heard. Drifting in with “Double Edged Sword,” the tone is set for a beastly thrash into the past. Deliberate destruction of any preconceived ideas of what music should be, then there is “The Choice,” a manic experimental fusion of brilliance.

“Obsequious Obsolescence” is a masterclass in putting together a syncopated Metal trip with lyrical edge. Going forward, “To What End?” may possibly be the most lushly evolved track of the record. It seems that every nuance is heard here, from each drum, bass, guitar, vocal intonation, and very effective keyboards. It is hard to remember what this sounded like before, but be sure this version shines bright. Simple and effective, “Tomorrow’s Reality” comes in at plodding pace through each pointed lyric.

Thereafter, “Common Inconsistencies” is another bit of Punk Rock glory mixed with a original style that has helped put Neurosis in an iconic place of music history. Served well by the re-release, this track is simplified, keeping each element separate, breathing life within the song. Kicking into “Insensitivity,” it is a slap in the ears of some of the best bass work from Dave Edwardson while the entire band masterfully showcase their instruments.

Like the original release, to say an album like The Word As Law is too short at eight songs may be true, but “Blisters” goes back to the beginning without adding any of those random unreleased tracks that sometimes curse albums of greatness. Overall, this is an album of complex songwriting and intense instrumentation. The genius of Neurosis is their blend of Punk, Metal, Hardcore, and Experimental stylings into a new animal that has influenced a generation to follow.

Currently consisting of Vocalist/Guitarist Scott Kelly, Bassist Dave Edwardson, with Guitarist Steve Von Till, Keyboardist Noah Landis, and driven by Drummer Jason Roeder, Neurosis continue to do exceptional things as heard most recently on their 2016 album Fires Within Fires. That in mind, the re-release of this iconic Hardcore masterpiece is well worth a listen. A reimagining twenty five years in the making, the music is stamped in the annals of history to remain a groundbreaking statement. For this reason, CrypticRock gives the reissue of The Word As Law 5 out of 5 stars. 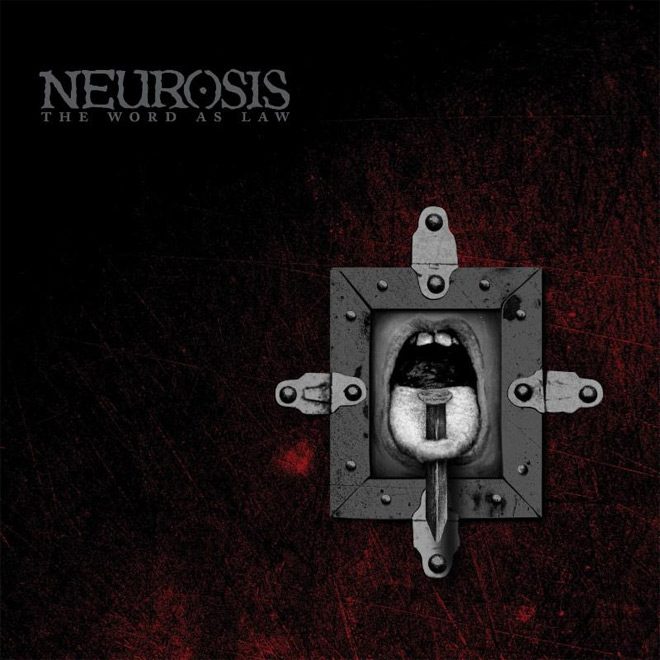