A Nightmare on Elm Street is one of the most beloved horror film series in the history of cinema. With a total of 8 sequels, the franchise dominated horror in the 1980’s with plenty of scares and imagination. Back in 2010 writer Thommy Hutson teamed up with directors Daniel Farrands and Andrew Kasch to create the ultimate A Nightmare on Elm Street documentary. With the experience of working together on the His Name Was Jason: 30 Years of Friday the 13th (2009) documentary, Never Sleep Again: The Elm Street Legacy (2010) would find the team having more freedom to explore the true origin of A Nightmare on Elm Street. Now 4 years later, the awarded winning direct-to-video gets a Blu-ray release for the first time. 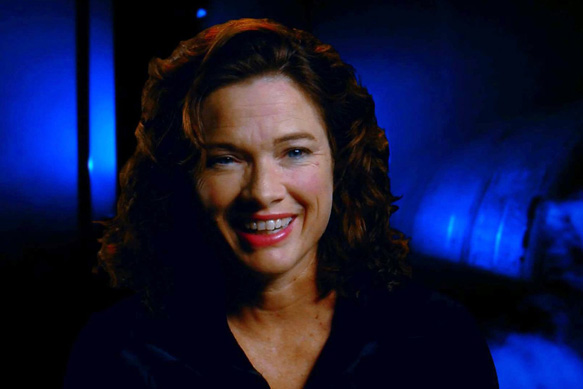 Clocking in at approximately 4 hours, Never Sleep Again: The Elm Street Legacy captures the entire A Nightmare on Elm Street series as well as the beginnings of New Line Cinema. Narrated by Heather Langenkamp, who portrayed Nancy Thompson in three of the Nightmare films, the documentary is paced very well, devoting equal time to each film. The documentary has an impressive list of over 100 exclusive interviews with cast members, writers, and directors. Each cast and crew interviewee take you down memory lane, with personal reconciliations of the times making the films. What is really striking about these interviews is the sheer honesty of all involved, which gives you a clear image of the ups and downs on and off the set of the films. With plenty never before-seen photos, storyboards, and behind-the-scene footage, each segment is rich with information.

While each cast may have been different through the Nightmare series, the common link of Freddy Krueger played by Robert Englund was constant. While Freddy Krueger was initially a frightening figure, the documentary shows you the transformation of Freddy from nightmare stalker to American cinema icon. With countless children’s toys, promotional items, video games, and even a short lived TV series you are reminded of how massive Freddy Krueger really was. 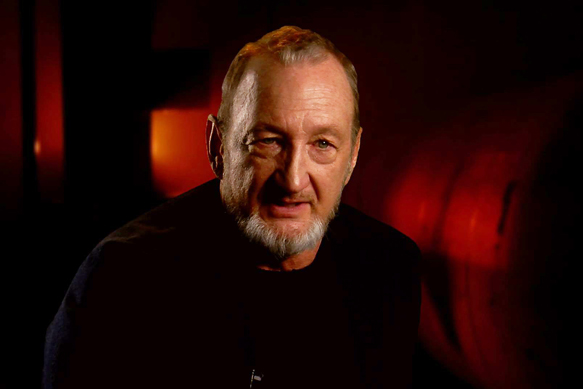 After covering all 8 installments in the film franchise and a look into the rise of New Line Cinema from a small independent film production company to massive powerhouse, the closing segment pays tribute to the end of en era citing company founder, Bob Shaye’s resignation in 2008.  Sincerely spoken interview clips of Shaye and his staff  which made the Nightmare series possible you can tell that everyone involved truly loved what they did and hold a great deal of pride in their accomplishments.

Never Sleep Again: The Elm Street Legacy is perhaps one of the best horror film documentaries to date. Factual, sincere, humorous, and entertaining, this film does the Nightmare series complete justice. If you have not seen this upon its release in 2010, now is an excellent time to pick it up on Blu-ray. While the documentary itself is enough to quench any Freddy fiend’s thirst, there are excellent supplemental features including a tour of the locations of A Nightmare on Elm Street, a look into the music of films, and much more. CrypticRock gives this documentary 5 out of 5 stars. 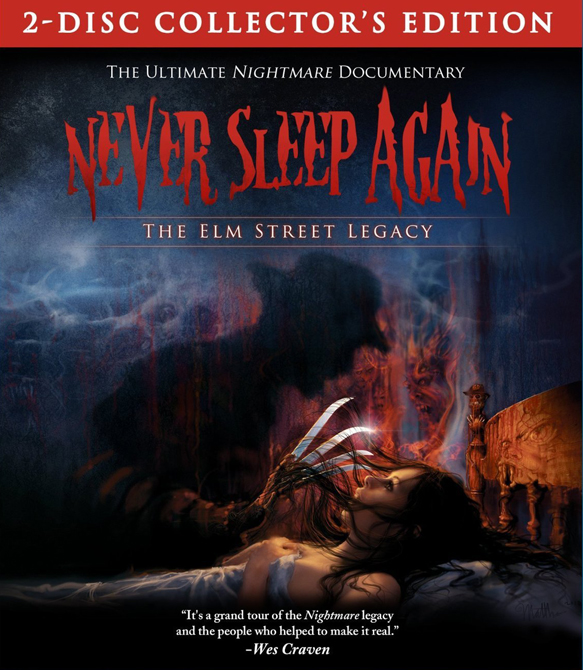