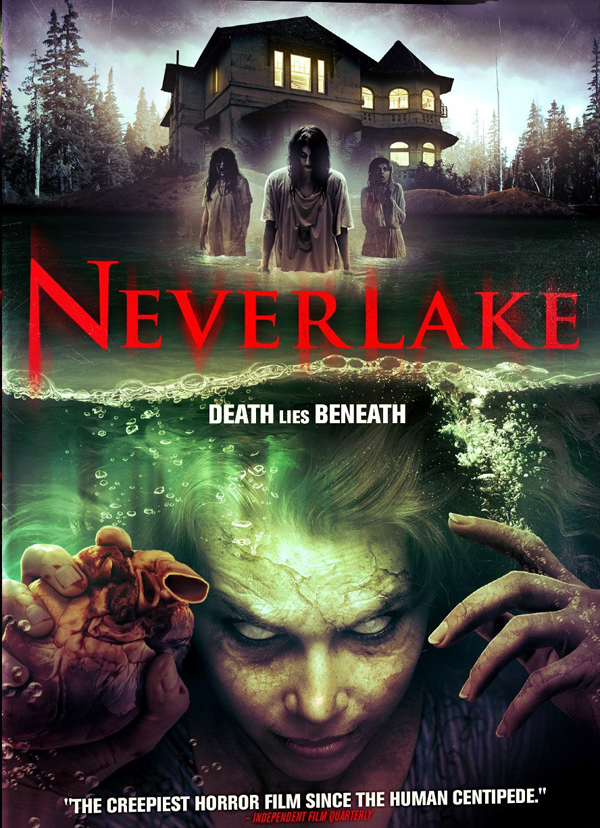 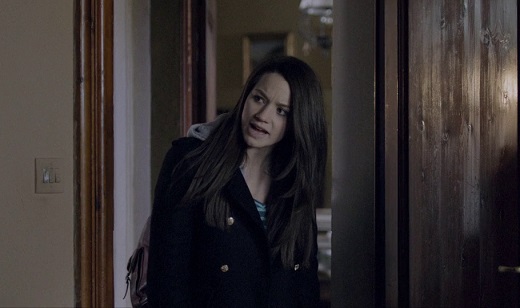 Jenny (Keeping) is an American teenager who is going to Italy to visit her father to bond and get to know him. Her father lives by a lake named the Neverlake which holds a legend called “The Lake of Idols” and it supposedly has healing powers and was worshiped by the ancient Etruscans. While down at the lake, she meets a group of strange disabled children that take her to the abandoned asylum where they all live.  She investigates further into these missing children where she finds evidence of ghastly medical experiments. Jenny is then called upon by spirits from the lake to retrieve stolen artifacts. While trying to find these artifacts she finds she may be in too deep to return from Neverlake.

Visually, this film has a lot going on, but sadly is the only real highlight of the film. It has stunning visuals, most of which take place when Jenny is submerged under the water and the audience sees what lurks below in the depths of Neverlake.  Throughout the film there is a lot of poetry recited by narration which is supposed to give the film an intelligent ambiance, but it just comes off as pretentious drivel. The viewer is never really in the light about much and is confused throughout the film and even after the credits role.

Neverlake is like a riddle with no answer, which is very annoying for the one watching the film.  It tries to combine too many elements and loses focus of the goal. The film would have served better as a television series since it tried to fit too much into too little of a time slot, making it a hodgepodge of different sub-genres. As stated, there are some beautiful underwater shots that look like a painting, but most of these can be seen in the trailer so one may be better off just watching the trailer than watching the feature length film since it is very dull and overly boring.  CrypticRock gives Neverlake 1.5 out of 5 stars.

Purchase a copy of Neverlake on DVD on Amazon