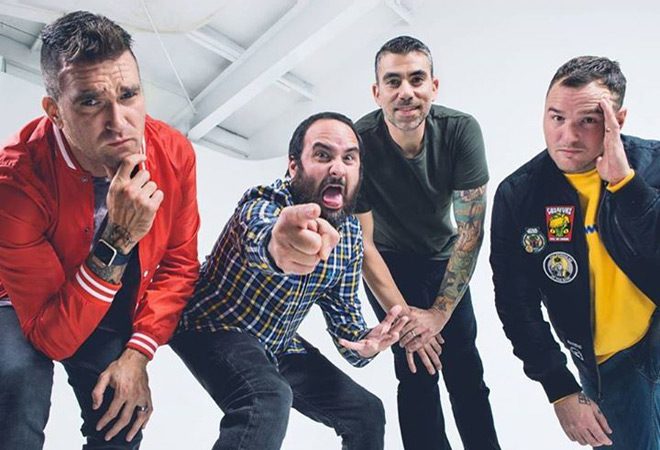 One could argue that Pop Punk’s heyday came and went in the early 2000s, but there is no doubt Florida veterans New Found Glory (aka NFG) will disagree. The band are celebrating twenty years together with a massive U.S. tour that sees them playing two of their classic albums in full each night, with some cities receiving two or three back-to-back dates for maximum Pop Punk party time.

Even after twenty years, New Found Glory is not showing any signs of slowing down – they are releasing their ninth full-length album, Makes Me Sick, on April 28th via Hopeless Records. New Found Glory soared to popularity in the early 2000s – considered by many to be Pop Punk’s golden years – with the releases of now-classic albums including 2002’s Sticks and Stones, 2004’s Catalyst, and 2006’s Coming Home.

Videos for hits like “Head on Collision,” “My Friends Over You,” and “All Downhill From Here” could be found all over now-defunct music television channels but even as those channels faded, the band never truly went away. The band has even managed to retain the majority of its founding members: after founding member Steve Klein parted ways with New Found Glory in 2013, Guitarist Chad Gilbert (husband of Paramore vocalist Hayley Williams), Drummer Cyrus Bolooki, Bassist Ian Grushka, and Vocalist Jordan Pundik continued on as a quartet.

Back in February, New Found Glory fans were given a taste of Makes Me Sick when the band dropped the pie and vomit-splattered video for their first single, “Happy Being Miserable.” The fun, high-energy track has all the trappings of a classic New Found Glory song – crashing drums, catchy chords, and the “you suck” sentiment from Pundik. Indeed, “Happy Being Miserable” is one of the highlights of Makes Me Sick, though it is unfortunate that the rest of the album does not share this classic New Found Glory spirit.

That in mind, Makes Me Sick does have some surefire hits buried within its ten tracks, but the album also has an equal amount of misses; the highs are great but the lows make for a jarring overall experience. Focusing on the good, “Party on Apocalypse,” the album’s second single, is another winner. The rollicking chords could have easily found a home on any of New Found Glory’s early albums, but its lyrical commentary on the woeful state of modern society is an intriguing, if somewhat tiresome change for the band.

The cut “Call Me Anti-Social” is a strangely infectious summer anthem for homebodies about the joys of staying inside “while everyone is living it up, but it’s way too hot to go outside.” An odd sentiment, to be sure, but somehow the song makes perfect sense for the band. “Say It Don’t Spray” is another vintage-sounding Pop Punk jam with pounding drums and quick chords that demand to be moshed and sang along to.

Then tracks like “The Sound of Two Voices” – with its inexplicable steel drums and island vibes – and the trying-too-hard-to-write-a-lovesong strain of “Blurred Vision” quickly kill the fun of the album’s strong highlights. Furthermore, forgettable tracks like “Short and Sweet” and “The Cheapest Thrill” create a disappointing finish for Makes Me Sick. It is not to say the album is bad, some may agree it may have been better to trim the fat and release it as an EP. Whatever it maybe, New Found Glory is still fun, a ball of energy live, and one of Pop Punk’s brightest stars. Speaking of seeing them live, the band is still going strong on their 20th anniversary tour now through May 12th, so do not miss them. Ageless and wacky, CrypticRock gives Makes Me Sick 3.5 out of 5 stars. 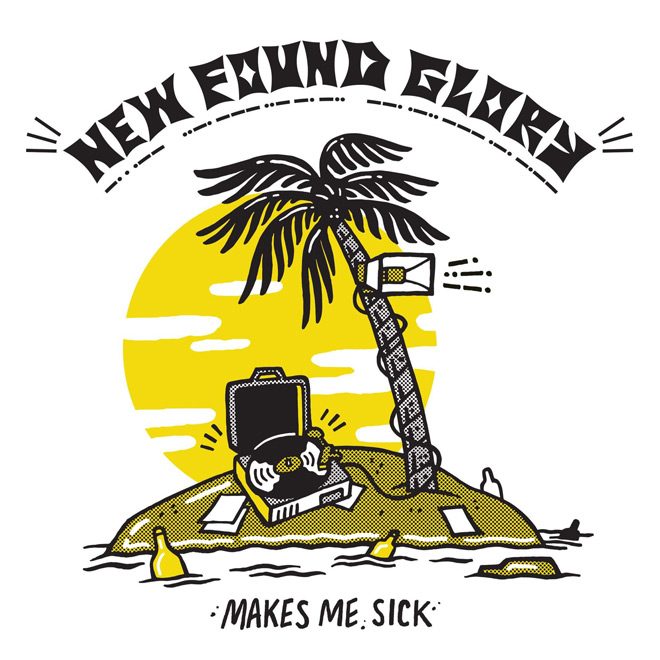