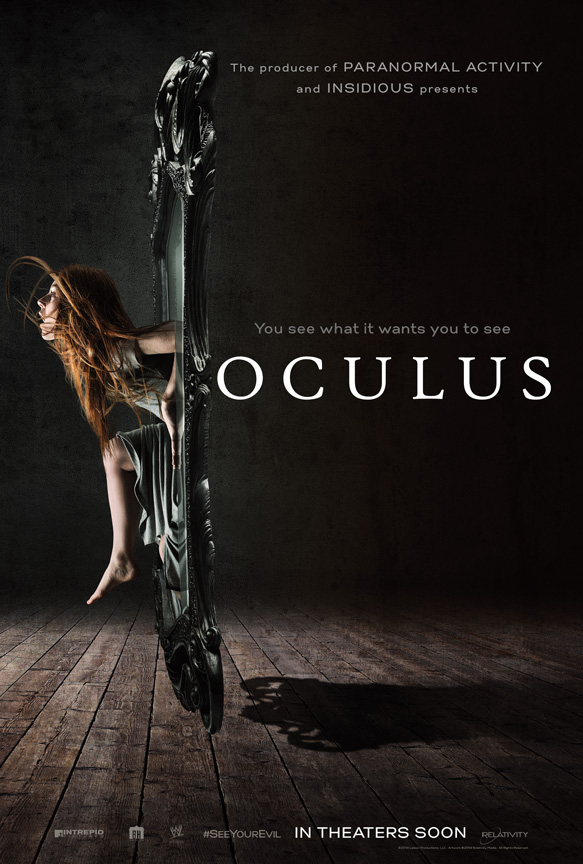 Prepare to #SeeYourEvil with this terrifying new poster for Relativity’s upcoming film, OCULUS. The new horror-thriller by writer-director Mike Flanagan first premiered at the 2013 Toronto International Film Festival and stars Karen Gillan, Brenton Thwaites, Rory Cochrane and Katee Sackhoff. Check out the poster NOW for a closer look at the mysterious Lasser Glass—an antique mirror that once belonged to the Russell Family. You see what it wants you to see…