The Bostonian group, famously known as New Kids on the Block, was conceptualized in 1984 and began grabbing both the stage as well as teenage hearts with their signature dance moves and crooning voices. Soon after, New Kids on the Block, also initialized as NKOTB, became a strong neon green blip on the EKG monitor screen of Pop music. In 1990, they were the recipient of two American Music Awards, an amazing feat for a boy band. They continued their meteoric ascent to teen idol status and enjoyed a good stint in the limelight of fame. Alas, all good things must come to an end and they split up sometime in 1994.

Attempts to reanimate the band failed until 2008 when band members injected a reviving dose of musical epinephrine into the veins of the lifeless body of the band. This epinephrine was their comeback 2008 album, The Block. To all appearances, the reanimation of the band was now complete. Since then, the band has thrived on the Miracle Grow vitamin infusion of adulation of loyal fans and a calendar log full of endless concerts.

These guys have a gut driven determination gene encapsulated in the nucleus of each body cell. Despite a few set-backs, they still went ahead and rolled up their sleeves and put faith to work in the scheme of things! It worked like a lucky charm! To maintain their stellar position within the eyes of their fans and to fan the flames of ardor in the hearts of new recruits, the group has ceaselessly exercised both their vocal chops and bodies by embarking on a strenuous concert tour circuit appropriately entitled, Total Package Tour. Here, the band will share the limelight with two other musical luminaries, Paula Abdul and Boyz II Men. This tour will cover over 40 cities in the US and will be a tour event not to be missed.

The kick off engagement was held on May 12th in Columbus, Ohio. In addition to the mind-boggling concert tour dates, the quintet, New Kids on the Block, has just upped the ante with their recently released EP album –Thankful – and are hitting the ground running with a light and engaging musical repertoire. Absolutely the purrfect musical tracks to listen to for the seasonal transition into summer. The five soundtracks of the appropriately titled album work like the application of soothing balm to tired ears and aching hearts leading to a state of carefree thankfulness!

Released on May 12th, Thankful consists of five new tracks, kicking off with “Heartbeat,” which has a Beatle-esque sound. The lyrics are lighthearted as the music incites the hips to gyrate and legs to move in serpentine motions, the fingers automatically poised to tap to the rhythm of the beat. Then there is title-track “Thankful,” which starts off softly intoned and then builds up to a crescendo of choral reverberation of thankfulness. The Thankful tone may appear generic in nature, however, has a unique personal meaning to the listener. For some, it could reflect the impassioned state to a lover, or to divine interventions, or the forces that be. This is a positive statement that undoubtedly endears this group to their fanbase. Additionally, the single “One More Night” is a wistful ballad by a lover who has seemingly been put on a shelf.

New Kids on the Block are hands down a vocal group contender reverberating with raw masculine energy making the ladies swoon and the men wishing they were them. Fans can expect that this will not be their last album. To be sure, their Pop star balloon is not yet ready to burst. Overall, Thankful, in its entirety, is easy listening and lighthearted. A state of thankfulness has been espoused by this group and fans should share in such feelings. For these reasons, CrypticRock gives Thankful 5 out of 5 stars. 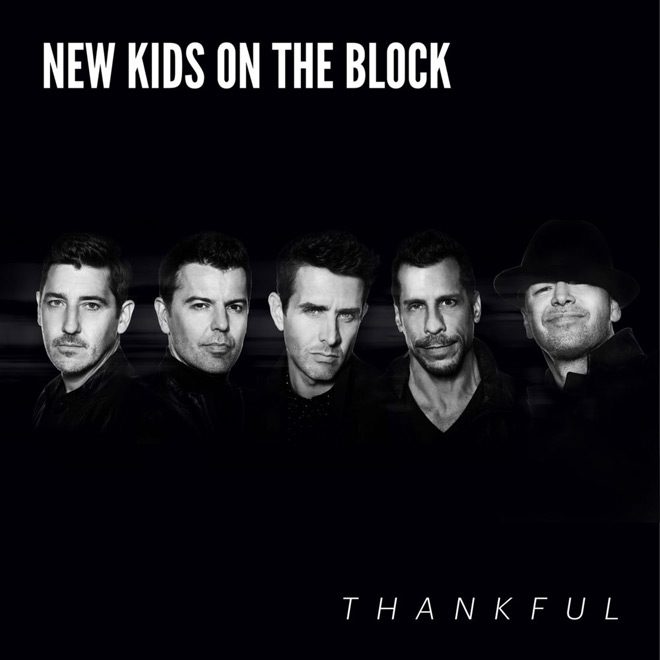