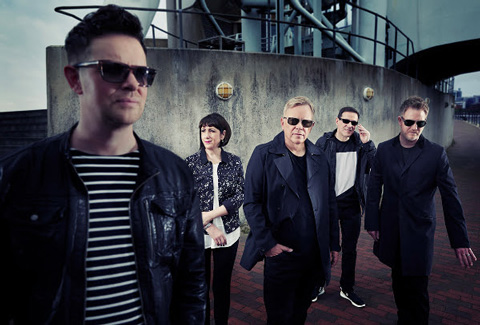 Formed in 1980 in Manchester, England, New Order has been regarded as the progenitor of that of a brand of Alternative Rock that combined the characteristic elements of synthesizer-laden Pop music and guitar-oriented Post-Punk New Wave. The band currently consists of Bernard Sumner, Stephen Morris, Gillian Gilbert, Phil Cunningham, and Tom Chapman. Ten studio albums have been released under the name New Order.

To anyone who knows about the enduring and seemingly interminable conflict between Sumner and former bassist Peter Hook, the title of New Order’s new album will most likely sound like a jab on the latter. Simply put, Music Complete may come across as a contraction of “our music is complete despite your absence.”

Is it? Is the band’s new album really complete?

Released on September 25, 2015, via Mute Records, Music Complete is New Order’s latest, tenth studio album. Many fans and critics alike had awaited its release primarily because of its being the first New Order album without any input from erstwhile bass player Peter Hook. They are certainly curious about how an album without Hook’s characteristic bass-lines would turn out. For so long such a substantial characteristic in the so-called New Order sound, could any album really be considered complete in the face of his absence?

Music Complete opens unassumingly with the crisp-sounding guitar harmonic of “Restless,” which recalls the intro of “Crystal” from the band’s 2001 album; the song then launches into a dance-floor stomper with a similar intensity and musicality as 2005’s “Krafty.” If these references are not enough, then pay attention to the mid-song instrumental interlude, which highlights New Order’s trademark interplay of bass, guitar, and synth sounds. And this is just the beginning.

What follows next is definitely something fresh yet still familiar. “Singularity” has this Gothic sensibility, owing to its driving beat and the dark tone of the guitar and keyboard melodies. This is a sound that the founding members of New Order have deliberately avoided in their post–Joy Division catalog nor even in their respective individual offshoot musical projects such as Electronic, The Other Two, Revenge, Monaco, and Bad Lieutenant, so the revisit is surely a warm welcome. It reconnects the band to its bleak origins, befitting it on a Gothic-oriented playlist of similarly ominous-sounding but upbeat songs like Clan of Xymox’s “A Day,” The Cult’s “She Sells Sanctuary,” The March Violets’ “Turn to the Sky,” and The Sisters of Mercy’s “This Corrosion.” Nonetheless, track number two is still within New Order’s guitar-oriented Dance territory, as its staccato synthesizer lines vibe off elements of 1982’s “Temptation.”

“Plastic” swims unabashedly into the good ol’ Electronic Dance Music that New Order has adopted since the late ’80s and has perfected in the advent of the ’90s; definitely in the league of 1983’s “Blue Monday” and akin to the style of Electronic, Raise the Pressure era, but with a bonus in the guise of the synthesizer tracks. Play it alongside Electronic’s 1996 song “If You’ve Got Love” and The Other Two’s 1994 “Tasty Fish”, and one will get the drift. Gillian Gilbert is certainly back in the fold.

Spiced up with a little dash of Frankie Goes to Hollywood’s “Relax” and Bronski Beat “Smalltown Boy,” “Tutti Frutti” treads a similar direction, as if the band wanted an extended stay on the dancefloor. Still under the strobe light, “People on the High Line” features additional vocals by the contemporary Synthpop artist La Roux (Elly Jackson). The next song, “Stray Dog,” has the real wild dog, Iggy Pop himself, on vocals; and it mood strays further to the right side of the Dance spectrum, whose monotonic Industrial sound qualifies it for a subway-train soundtrack.

A proper guitar-dominant New Wave song, “Academic” is where the guitar interplay of Sumner and Cunningham shines brightly. Following strategically, “Nothing But a Fool” may be regarded as the highlight of the album, structure-wise and musically speaking. It boasts an intro of nicely weaved guitar orchestration, and it is where new bassist Chapman’s chops get to be highlighted, who was able to remain rooted in the hook-filled, trebley New Order bass sound but who was also allowed to express freely his own style, which harks to the ’90s Alternative Rock bass styling of bands such as Popsicle’s “Histrionics,” Ned’s Atomic Dustbin “Walking through Syrup,” and Dambuilders “Shrine”—which is quite amusing, for these bands were inevitably influenced by New Order in the first place. It seems like a completion of a sphere of influences.

Two more mirrorball-worthy tracks follow, “Unlearn This Hatred” and “The Game,” before the album finally wraps up with the upbeat and smooth-grooving “Superheated.” The presence of The Killers’ Brandon Flowers in this closer helped seal Music Complete with an official stamp of New Wave approval. Flowers’ vocal approach as well as the tempo and melody of this final track treat the listener to a melange of Limahl “The NeverEnding Story,”  Giorgio Moroder / Phil Oakey “Together in Electric Dreams,” and A-ha “Riding the Crest.” What more can a New Wave enthusiast ask for?

Of course, Hook’s distinct bass works would have been a great addition to the vibrancy and energy of New Order’s latest offering. But, in fairness to the current members of the band, and with due respect to Hook, and without anything personal nor sentimental but only on a purely musical standpoint, the sound of New Order in their latest album is respectably complete. Nothing is really missing. Countless songs from previous albums have sounded similarly. And this new one is both familiar and fresh, actually comforting and refreshing at the same time.

Yes, the very existence of New Order without its original bass player may come across to many purist fans as sacrilegious and mathematically incomplete, considering that Hook helped shape the sonic identity of New Order. However, musically and objectively speaking, with every detail considered, Music Complete is still complete New Order music. CrypticRock gives this album 4 out of 5 stars. 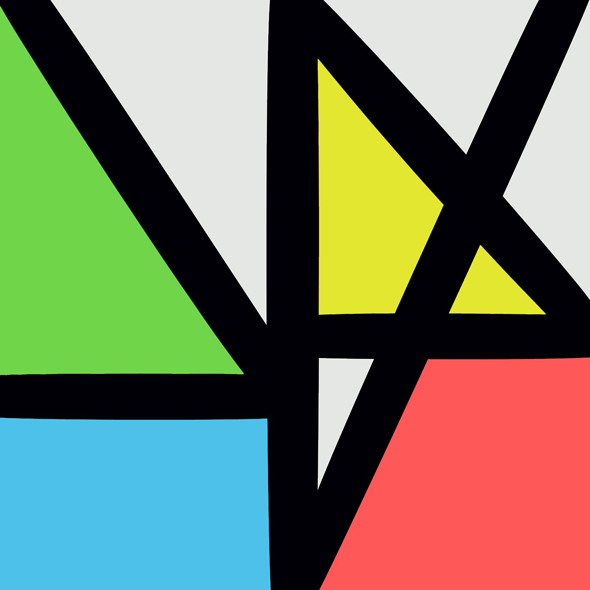