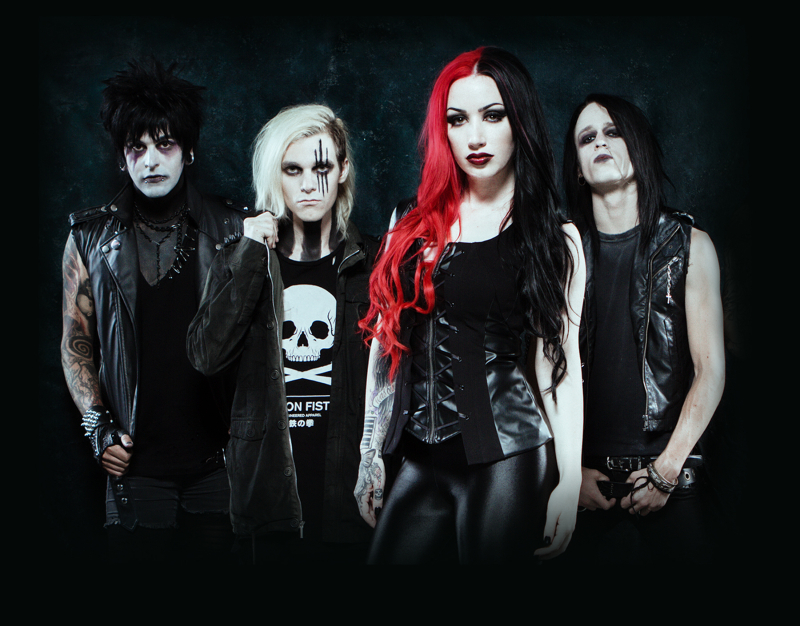 “Formed out of heart break and hell bent on revenge,” Anaheim, California-based Rock band, New Years Day, put the world on blast when they formed in 2005 as Bassist Adam Lohrbach (formerly of Homegrown) met Vocalist Ashley Costello and Guitarist/Keyboardist Keith Drover.  In the Spring of that year, they added Guitarist Mike Schoolden (formerly of Wakefield) and Drummer Russell Dixon. Representing a new beginning, New Years Day since that time has shifted and grown from their Pop Punk styled 2007 debut My Dear. Beginning to make the turn into the more Hard Rock genre around 2011 with the EP The Mechanical Heart, it was 2013’s Victim to Villain which saw the band’s transformation truly take form with a sound that was dark, melodic, and heavy. Finding an appreciative audience in the process, New Years Day continued on their path with 2014’s EP Epidemic, proving that Costello’s fire to continue moving forward burns strong. Now dressed with a new lineup that consists of co-founding vocalist Costello, along with Nikki Misery (guitarist), Jeremy Valentyne (guitarist, unclean vocals), and Trixx (drums), the band teamed up with Musician/Producer Erik Ron to put together new album Malevolence. Their third full-length overall, and first with new label Another Century Records, Malevolence could be looked at as a statement album for New Years Day.

Twelve tracks in total, Malevolence is a hard-rocking introspection, revenge, and sexuality beginning with killer “Kill or Be Killed;” an anthemic, tight-riffed piece with some intricate drum play as Costello’s vocals kick in. Next, “I’m About to Break You” has a Heavy Metal swing, happy-go-lucky delivery with that same intricate guitar/drum play with a power ballad hook in this piece of female sexuality with a warning of the consequences of screwing her, singing, “I try to stop you, you can’t resist/I try to tell you, but you insist/You bring out the devil inside of me/And I can’t help that I made you weak/Just because I can, doesn’t mean that I will/But I’m about to break you.”  Moving onto “Alone,” listeners are assaulted with musical vulnerability with cutting riffs and beating drums, which contrasts the lyrics of, “I can’t be honest, even with myself,” as she fears herself.

“Left Inside” continues the biting intricate beat with a bit of Speed Metal thrown in as Costello sings of retaining a bit of her untouched soul.  Then a plucky intro brings in “Relentless,” and this song has a bit of a sonic vibe that plays throughout in this anthem of not giving up, featuring the words, “Fought for everything I have/I’ve come too far, no looking back/You’d have to kill me to defeat me.”  Keeping the listener completely enthralled, one of the harder tracks is “Save Me from Myself,” another confessional piece. Despite the title, this track has a positive message within, “There’s no escape I’ll find a way/Betrayed by hope and Cursed by fate/Got one last chance, and now I’m not afraid/To save myself from me.”  With an intro akin to Deftones, “Suffer” turns into a power ballad-esque vibe with an emotion-dripping riff as the question of quid pro quo is raised, “I’d suffer for you, would you suffer for me?”

The mosh pit call to arms on “Anthem of the Unwanted” has a driving, assertive beat with a “Screw you” to haters of the different.  The cut “Scream” oozes with said sexuality with the guitar and drum work weaving in and out of each other with the lyrics, “Bring me to bed but don’t sleep/I wanna feel your sweat on my skin/Gimme the pressure you know I need.”  Costello’s ethereal sounding vocals bring in “Your Ghost,” a melodic tune that has an “in your face” feel as the band puts the wrongdoer on blast, singing even though she concedes the damage has been done. As the album winds down, the defiant “Defame Me” follows with an Alternative Metal vibe of synths and taut guitars in this song of haters needing the other person to put down. Finally, the album’s title track, “Malevolence,” closes harder than the album came in with an aggressively threatening beat while Costello sings of the transition from innocent to jaded, evil without conscience, resonating, “The damage has been done, I’m righting all the wrongs/I’m relentless like you made me.”

New Years Day’s Malevolence is a welcome addition for the band creating a mutual catharsis musically.  Sustaining their share of changes, they have still carried on strong through it all. There is no doubt Malevolence is a therapeutic release for the band, and with that, the best art comes from the most sincere feelings deep down inside. Here is hoping the floodgates have been opened, and there is much more to come.  CrypticRock gives Malevolence 5 out of 5 stars. 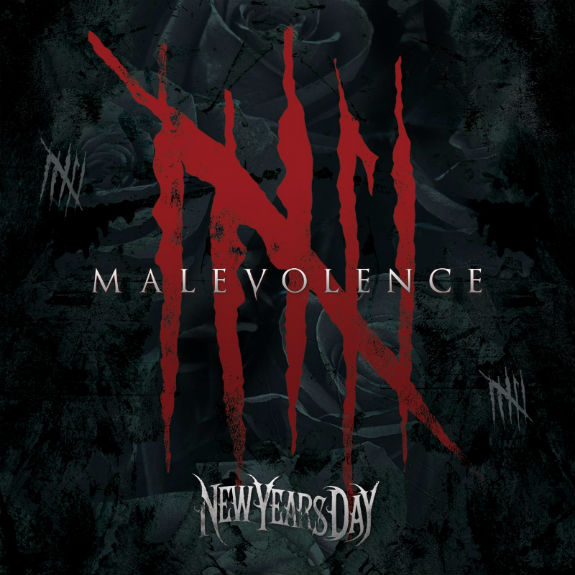