Nick Cave & The Bad Seeds will return to North America  this summer in support of their most recent album Push the Sky Away (2013).  The tour will span over 15 cities across the USA and include 4 dates in Canada as well. 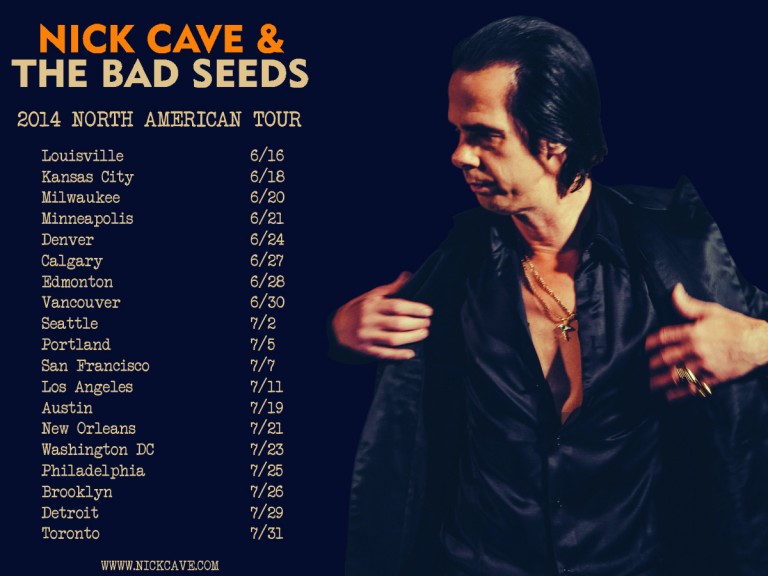